Leonid Ivashov: Today in Russia, the most unprofessional government in the world 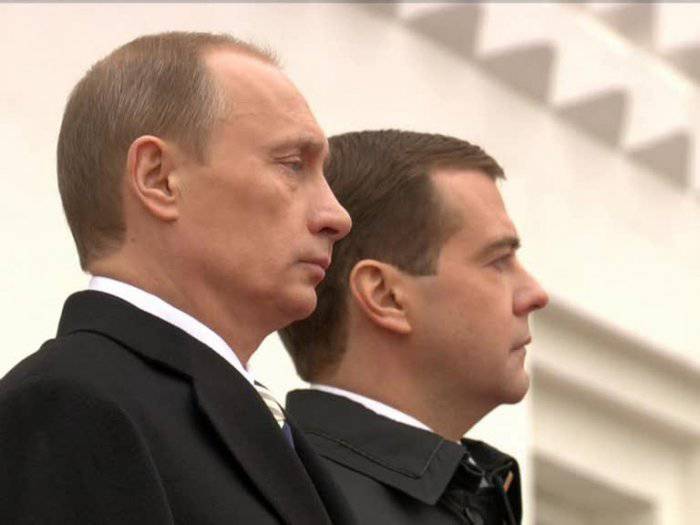 Our solution has not matured spontaneously. We have long been waiting for the tandem to offer for Russia at least something that can save it from ruin and destruction, which will set some new course of development. However, besides chatter, idle talk and round-the-clock PR, we did not see anything. Whether it will be the front on the part of Putin, or will be called something else, but this liberal course and the Pharisee model of power are still preserved. So, lead the country to trouble.

Whoever sits in the Kremlin chambers, whoever sits in the White House, Russia is ruled by an oligarchy. All our politics, both external and internal, is aimed at raising an oligarchic class. It is no coincidence that on the background of the ruin as a result of the crisis of small and medium-sized enterprises, the impoverishment of the masses, we are constantly being forced into this liberal model. There is no way to allow this.

Modern Russian power is unable to govern, and the lower classes do not want such power. As a result, we see the general anger of the masses, of all segments of the population. And from the opposite side they are still trying to continue this disastrous course. If today we do not offer a strong-willed decision about power in Russia, we can get unrest, revolt, civil war and anything.

Therefore, we propose to unite the masses who want to change the political course of Russia.

Those who want to see Russia as an independent power in the community of world states.

Those who want the country to turn from a warehouse of resources, which is sold to the right and left, into a power producing a cultural, intellectual and technological product.

We consider the Russian people as a subject responsible for all the indigenous peoples of Russia. We need to build a course that will be convenient for everyone. There is already a Muslim movement in our union, and the rest will catch up. Today, everyone feels the scourge of separation. Who began to live better after the collapse of the USSR? Yes, a certain stratum in 2%, both here and in the rest of the new states in this territory, except perhaps Belarus.

Until now, no republic has reached the level of social and economic status of 1990 of the year. The Soviet Union ended its existence on the 4 technological structure of the economy. There were also directions where we already broke through into the fifth technological mode. We did not lag behind either the United States or Europe, and were approximately equal to them. Today they have mastered the fifth technological order, China is somewhere at the level of the fourth fixed, while in the meantime we have slipped into the third. If we talk about, for example, Kyrgyzstan or Tajikistan, it is even lower there.

We are moving in the opposite direction, but the current government cannot offer anything.

I am a supporter of design work. If we talk about the CIS, we can take as a basis the draft of the Eurasian Union of Nursultan Nazarbayev, jointly finalize it and accept it as a basis. Not just the Customs Union is just one particle of the whole. Need a common project.

We must clearly state what place in the world we wanted to have in the quality of this Union - where our niche is. And we have something to offer - and the project of a new philosophy of life, because with the current model, humanity is approaching a catastrophe. And a new type of international security system, or world order - it's time to change the universal international organizations, such as the UN Security Council, etc. We have both developments and publications on this. For example, I recently spoke in Greece with this project.

We need to create our global economic zone. Today there are three of them - North America, Europe and China. We also have a southern zone project - Russia-Iran-India as the basis. And we need each other - Russian minds and technologies, the Iranian model as transit to India, the Indian consumer market, joint technological projects, etc. And the whole CIS space fits into this global project. Of course, a common cultural, educational and scientific space should be formed within the framework of the Eurasian Union. In another way, simply will not survive. And the economy of our countries, all resources must work for every citizen and for society as a whole.

Our principle is the people's parliament, people's government, people's president. We will interact with those political parties that are already represented in the Duma. In particular, we will suggest the interaction of the Communist Party of the Russian Federation, which may become the core of consolidation. For example, we jointly go to the Duma and, depending on the percentage of votes cast, the composition of the deputies is determined. But the main thing is that we jointly nominate a presidential candidate.

Now we do not call anyone, but in Russia there are a lot of talents and worthy citizens - much more than we can see on television. They are in university circles, and in the governor's building, they just do not allow them to the screen. A presidential candidate will be nominated conciliarly, a general decision. That he was not a communist. If Gennady Andreyevich Zyuganov wants to become such a candidate against the will of the cathedral, it will be folly on his part.

I have already said in the media that even any honest and educated village teacher will bring more benefit to Russia at this place than the current tandem. At least he will not rob. He can be a nominal figure, which will be surrounded by real and decent professionals. Today in Russia, the most unprofessional government in the world. Agrarians should be engaged in agriculture, the military-industrial complex - military specialists. And who is a professional in our government, except Shoigu and Lavrov? All other outsiders. What can they do?

It is necessary to transform the system of government. Not the way it is happening now, from the ceiling - Medvedev dreamed of something, woke up and went to Skolkovo or to the Central Internal Affairs Directorate. There should be a strategic decision-making body, and in our opinion the Council of State should be such a body.

We have a pre-painted composition who could be in it. It will be necessary, we will, of course, make it public, but the basis in any case should be the governors and the heads of regional administrations. After all, we are, after all, a federal state. Putting the governors in a position like today is a crime. It is not clear whether he is elected, or whether he is appointed, what his powers are. During his term, the governor may never meet or even talk over the phone with the president, because the subscribers have a different clientele. For some reason, the president has time to meet with a rock band, but there is no time to accept the governor. Have you ever seen him accept any governor and together they discussed the development program of this or that region? Such a system needs to be broken.

The State Council must have a security council, a higher economic council, councils on culture, science, nationality, and so on. And the core of the Council should be the best professionals of Russia, not Fursenko, who believes that our education should prepare a competitive consumer. To offer the president this or that decision should the Council of Wise Men.

And most importantly, in the country you just need to establish an elementary order. Today, no matter what sphere you take, everywhere is crime and corruption, the uttermost mess. And the fact that Putin and Medvedev during 24 hours do not disappear from the television screen, the order no longer becomes.

Ctrl Enter
Noticed oshЫbku Highlight text and press. Ctrl + Enter
We are
Interview of V. Putin to Channel One and the Associated Press AgencyWhat you didn't want to know about England
92 comments
Information
Dear reader, to leave comments on the publication, you must to register.