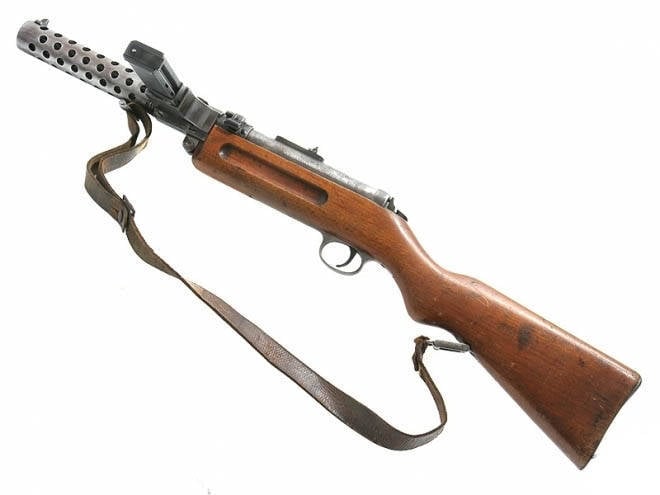 The Bergmann / Schmeisser submachine gun MP.18, I or otherwise Maschinen Pistole Modell 1918 was developed by the German arms designer Luis Schmeisser (Louis Schmeisser, father of another famous designer, Hugo Schmeisser) in 1917-18, commissioned by the Imperial German Army. Schmeiser was working at that time armory the company Theodor Bergmann AG, which established in 1918 the release of the world's first "real" submachine guns. Of the 50 thousand ordered by Reichswehr submachine guns, Bergman's company released almost 30 thousand, of which about 10 thousand fell into the army before the armistice. In the postwar period, the MP.18, I submachine guns were in service with the police forces of the Weimar Republic

Like the "Fedorov Avtomat", the German pistol - MP machine gun - 18 / 1 (Maschinenpistole18 / 1) was originally designed to arm the police and special assault squads, each compartment of which consisted of two people. One of them was armed with an MP - 18 / 1, the second was armed with a Mauser 98 rifle and carried a supply of ammunition. The total ammunition of this compartment was 2500 cartridges 9xNUMX Parabellum. After the defeat of Germany in the First World War, under the terms of the Versailles Treaty of November 19 on November 11, the production of certain types of weapons in Germany was prohibited. The MP - 1918 / 18 also got on this list, but it was produced before 1 as a weapon for the police, the production of which was not so significant. After 1920, the production of MP - 1920 / 18 under license continued in Switzerland at the Swiss Industrial Company (SIG) in Nyhausen. 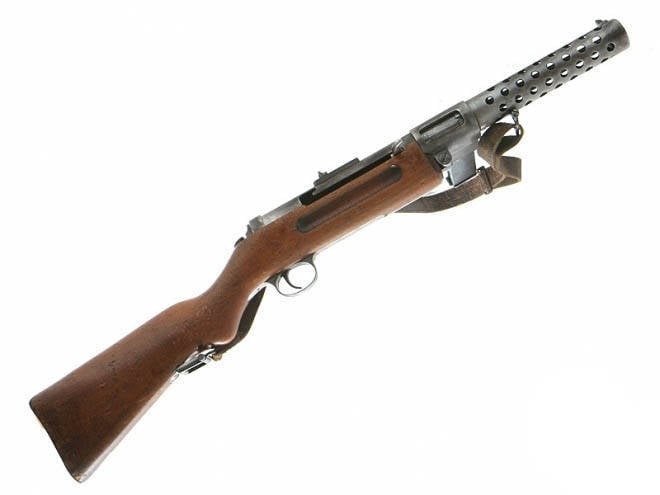 The automatic MP-18 / I submachine gun works by giving back the free shutter. Locking the barrel at the time of the shot is carried out by a massive shutter, pressed against the breech section of the barrel return-combat spring. The firing-type trigger mechanism allows only continuous firing. Drum-type magazine of the TM-08 system of the Blum system on the 32 cartridge, which is attached to the left in a long neck. The idea of ​​this store in an improved form was used in stores for Thompson, Degtyarev, Shpagin and Suomi submachine guns. The sighting devices of the open type consist of a front sight and flip-pillar on the 100 and 200 m. The fuse is made in the form of a groove on the gate box, in which the shutter handle is turned. The stock is wooden, carbine type, with a short forearm and a pistol protrusion on the neck. Already in 1919, the submachine gun was slightly modernized, the disk magazine was replaced with a straight box-type container with a cartridge on 20 and 32, arranged in two rows in a staggered manner.

In 1928, the model MP-28 / II appeared, which was a further development of the first serial submachine gun MP.18, I, developed by Louis Schmeisser at the end of the First World War. The submachine gun MP.28, II was produced by CG Haenel, whose chief designer was Schmeiser at the time, with the bulk of the supplies going abroad. In addition, a significant amount of MP.28, II was released under license from the Belgian company Pieper. The MP.28, II was supplied to South America, Africa, China, Spain, in Belgium this submachine gun was in service under the designation Mitrailette Modele 1934. Schmeisser MP.28, II submachine gun was produced in a wide range of calibers - from 7,63X25 Mauser, 7,65x22 Luger, 9x19 Luger, 9x23 Bergmann / Largo, 925 Mph Art 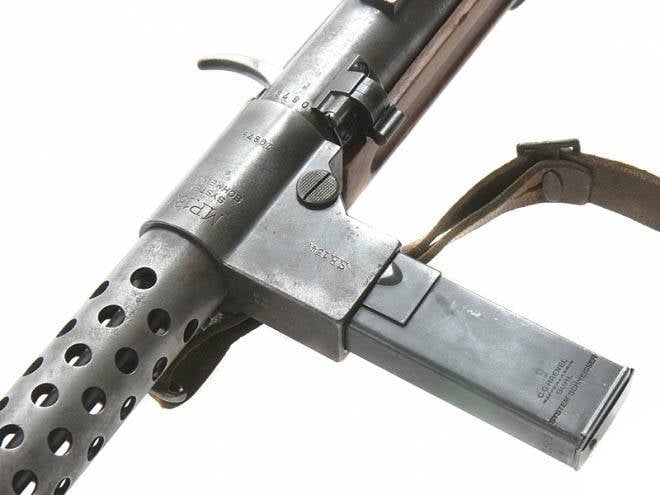 The distrust of the top leadership of Germany to the machine pistols led to the fact that each type of armed forces decided to take them into service in their own way. The Luftwaffe ground units were armed with MP-34 submachine guns (0). The tank crews and paratroopers of the Wehrmacht had submachine guns Mp-28 / II, and the SS troops and their subordinate police adopted the MP-35 / I, which was the latest example of this type of weapon, released under the name of Theodore Bergman. Structurally, it represents a further development of the MP-34 / I submachine gun, produced from 1932 by the Danish company Schulz and Larsen and from 1934 by the German company Karl Walter. In connection with the mass production of the MP-1938, which became the standard weapon of all German armed forces, which began in 38, the MP-35 / I submachine gun was produced in a relatively small series of 40000 units.

Bergmann MP-20 - modification of the MP-18 / 1, manufactured by the Swiss Industrial Company to arm the Japanese army. It differs from the MP-18 / 1 store receiver, located at the bottom, not the left.

Bergmann MP-28 / II - modification of the MP-18 / 1 with the ability to conduct single and automatic fire. The fire interpreter is located above the opening of the trigger guard.

Tallinn Arsenal is a modification of the MP-18 / 1 with minor changes (sector-wise sight, another form of the loading handle head), which was produced in Estonia, at the Tallinn Arms Factory.