July 10 2014
77
The fact that Nikola Tesla was a real genius was never questioned even by all his ill-wishers. However, even after 70 has passed since the day of death, the scientist remains a mysterious figure.


Russian physicists Sergey and Leonid Plekhanov spent the last 5 years studying the surviving notes of the scientist and modeling the Nikola Tesla patents, which he received for the Wardenklif power transmission tower. Now they believe that this project is quite viable if modern technologies and materials are used in its implementation, which Tesla simply did not have at the beginning of the century.

If it turns out that Nikola Tesla was still right, then the project of his tower, Wordencliffe, will be able to ensure the development of one of the most efficient transmission and free power generation systems on the planet. As Russian authors write, “the Serbian inventor did not leave to descendants a sufficiently detailed description of the structure he built, as well as the physical principles of the tower. We represent a group of modern physicists who have received a good education in many areas that are directly related to the work of energy systems around the globe. We took up a very thorough scientific examination of the works of Nikola Tesla and concluded that the scientist was already on the right track. ”

At the heart of the Tesla project was the fact that we already have an unlimited source of energy. It is about the sun. Currently, 100 thousand square kilometers of solar panels located in the deserts, could cover all the global needs of mankind. The problem in this case is how to distribute and deliver this energy to end users. Nowadays, very often electric energy reaches consumers already with heavy losses. 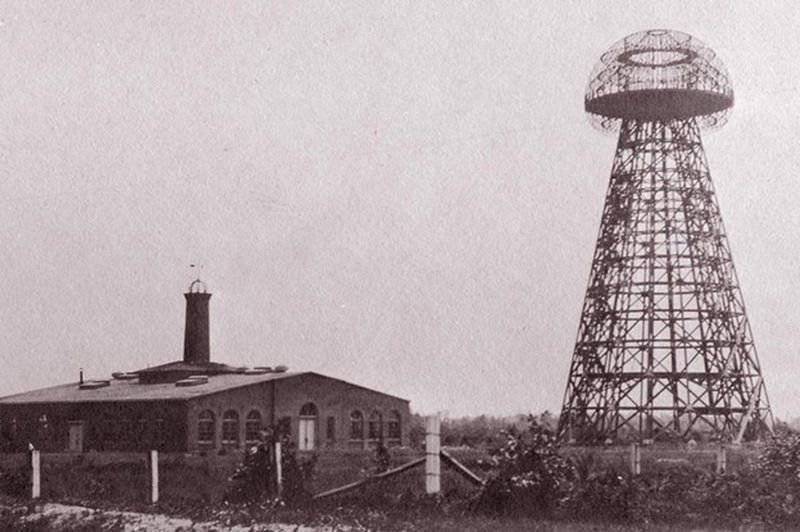 The proposed network of Tesla towers was designed to make possible the use of the intrinsic conductivity of our planet, as well as the transfer of energy through the ionosphere and the earth with very small losses. While the weight of the Tesla tower, built on Long Island at the beginning of the 20th century, reached 60 tons, the prototype that the Plekhanovs intend to build will weigh just 2 tons. To achieve this allows the use of the latest innovations in the field of creation of structural materials. At the same time, the length of the Tesla coil offered by the Russians will be about 20 meters.

Currently, the team hopes to attract about 800 thousands of dollars for this project, raising money through a crowdsourcing campaign on IndieGoGo. The fundraising campaign should end on July 25 of the year. Earlier in 2014, they had already succeeded in attracting thousands of dollars in design and research on the power source for the tower to their 2013 project. It is worth noting that now the funds are not being actively pursued, for 40 days before the end of the fundraising they managed to raise a little more than 15 thousand dollars for its implementation, which is only 32% of the required amount.

Nikola Tesla and his tower

Nikola Tesla is one of the most famous scientists and inventors in the world. Serb by nationality, he was born in the Austro-Hungarian Empire 10 July 1856 of the year. In 1891, he accepts American citizenship. He died in the US in January 1943, at the age of 86. Tesla was very famous due to the contribution he made to the development of devices that operated on alternating current, electric motor and multiphase systems. All this made it possible to carry out the so-called second stage of the industrial revolution. 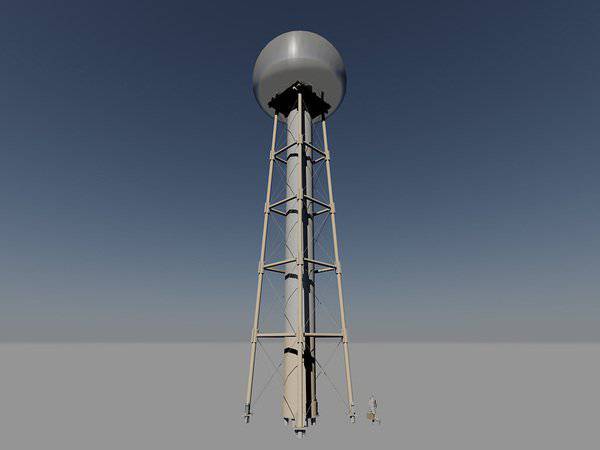 Modern interpretation of the Tesla Tower
In addition, Tesla is known as one of the proponents of the existence of ether. Known for his numerous experiments and experiments, which aimed to prove the presence of ether as a special form of matter that could be used in technology. Contemporaries-biographers Nikola Tesla called him "the man who invented the XX century", as well as the "patron saint" of all modern electricity. In his lifetime, Nikola Tesla invented and obtained patents on the 300 of his inventions. Tesla managed to earn more than 15 million dollars on them (huge for those times money). Some of the inventions of the Serbian scientist are actively used today. At the same time, the inventor-scientist presented the world several amazing devices that created an aura of mystery around his person.

In 1900, Nikola Tesla presented to one of the richest people of his time - banker John Pierpont Morgan - his next project. This is a Worldwide Wireless Transmission Center. The Serbian inventor was going to design such a device that would allow him to provide wireless communication around the globe with the possibility of voice communication between interlocutors, the transfer of stock quotes, music and even images. What is now available to any of us, he proposed to implement at the very beginning of the XX century. The businessman became interested in the proposal and singled out about 150 thousand dollars to the inventor.

With the funds allocated, Nikola Tesla began building a tower on the island of Long Island, whose height was 57 meters. At the same time, a steel mine was also created, which went down underground to a depth of 36 meters. At the very top of the tower was set a huge metal ball, which weighed 55 tons. According to Tesla, the Wardenklif project tower was supposed to become an electric current transmitter over very long distances (up to a thousand kilometers). Energy would be transmitted without wires. In the diaries left by Tesla, there is a description of the principles of his tower. The principle of operation of the installation was based on the reflection of the transmitted energy from the ionosphere of our planet. The tower was named after James Worden, a banker and lawyer who bought the land to build a tower on Long Island. 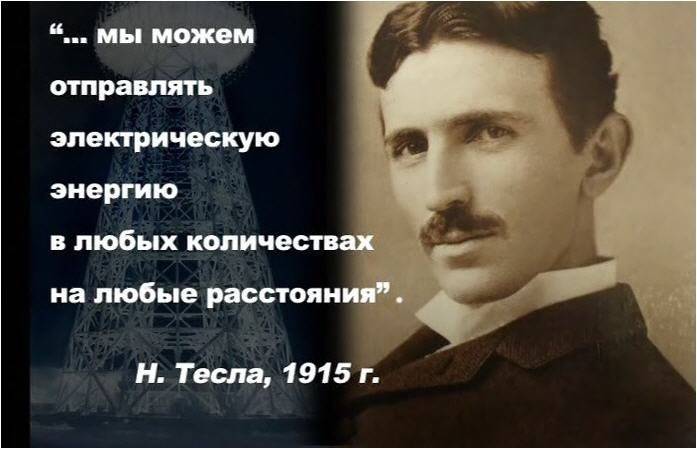 At midnight on 15 on June 1903, a trial launch of the tower was carried out. The effect of its launch was simply overwhelming. As American journalists later wrote, Nikola Tesla illuminated the sky over the ocean for hundreds of miles. Naturally, the journalists embellished what they saw, but the spectacle was clearly impressive. At the same time, the further implementation of this project required the use of even more expensive equipment. For some unknown reason, John Morgan stopped financing this ambitious project for his time.

The Tesla Tower on Long Islenede is very popular with fans of building conspiracy theories. In particular, the hypothesis was put forward that the project of the Wordencliff Tower was in some way connected with the mystery of the Tunguska meteorite. It is known for certain only that it was 30 of June 1908 of the year (the day when the Tunguska phenomenon was observed in Russia) Nikola Tesla carried out her next experience in the transmission of electrical energy with the help of her tower. And allegedly a few days before this, an entry was made in the journal of the Library of Congress of the United States that the scientist asked for maps of the "least populated parts of Siberia."