"Decay" of the USA, as a pretext for a new world war 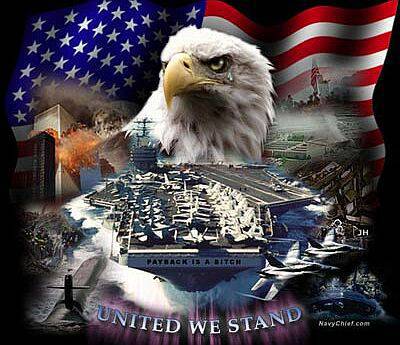 Usually, when people talk about the approach of the death of the United States or at least the big upheavals in them, we can recall that Russian Slavophiles and their followers spoke about the “decay” of the West, and then spoke about the decay of capitalism in the Soviet Union. But in the end, the Russian Empire collapsed, and then the Soviet Union, and the Western world, due to this, gained time and continued "decay."


So now the clouds over the “citadel of democracy” (or evil, according to many Muslims, Serbian and Russian patriots) have definitely thickened. Experts are no longer the first year, and their pessimistic forecasts only become more, they predict the imminent end to the well-fed life of Americans. Thus, Professor Igor Panarin predicts the collapse of the United States by the type of the Soviet Union, they do not cope with the "burden of the monomakh" - the role of the only superpower on the planet. In principle, the decline in the level of welfare of US citizens has been going on for more than a year, it was simply not a sharp fall.

One of the main problems of the USA at present is the crisis of their financial and credit system. And since in fact the whole world is connected with the US Federal Reserve, the crisis is correspondingly global. The United States is waiting for either the devaluation of the dollar, or a complete default with the hardest deflation. The reserve in the form of domestic demand has been exhausted due to the overwhelming debt load of the population.

Just browse news a column across the USA in a few days, and you can see - one by one there are “signals” that indicate what is wrong with the “Danish kingdom”. So, it is known that the United States is the absolute leader in the number of prisoners per capita. But this is not enough, according to the American report of the Department of Justice for 2008, more than 216 thousand people became victims of sexual violence in US prisons. Moreover, there were much more incidents, and about 80% of cases of violence were committed not by other prisoners, but by the prison administration! Analyzing this fact, it is quite possible to recall the fate of the biblical Sodom and Gomorrah.

According to the UN for 2010 year, thanks to the stronghold of "democracy and freedom" half of all refugees on the planet were forced to leave their homes because of military conflicts, wars unleashed by the United States.

The US census points to one very interesting fact - the majority among the children of the American state are non-whites. That is, in a couple of decades it will be possible to forget about the image of the Anglo-Saxon American, as a typical representative of the country. And the percentage of not only the white population, but also the English-speaking one will decrease - Spanish will be native to a larger number of US citizens.

In the field of global politics, Washington is busy inflating the “world fire” - the slogan “war will write off everything” is as relevant as ever. The Arab world is burning, provocation over provocation in Pakistan, the problem of the Paracel Islands and the Spratly archipelago has been activated. The Azerbaijani president declares that the problem of Nagorno-Karabakh can be solved by war. The Israeli authorities are threatening the Syrian President with death if he opens military actions against their country.

And it is clear that if the Western world solved its problems in two world wars (and even in three, if we take the “cold war” for the third world war) at the expense of other civilizations, and first of all the Russian civilization, then we are again on the “front line”.

We are in Yandex Zen
The world we leave, the world we enter, and the world between them
Hitler's loyal followers
10 comments
Information
Dear reader, to leave comments on the publication, you must to register.