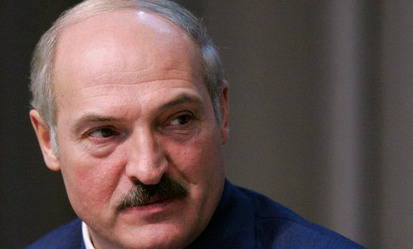 The recommendations of the IMF to let the ruble float freely and freeze the wage growth program Alexander Lukashenko did not like. He 16 years criticized the principles of a market economy and is not going to change attitudes. But the recommendations of the Chinese were to his liking: now Belarusians can be forbidden to buy foreign currency and engage in the sale of imported goods.


In search of a way out of the protracted financial crisis of Belarus, its President Alexander Lukashenko decided to seek advice from Beijing. The Chinese arrived in Minsk and concluded: Belarus needs to follow the path of the PRC.

The Old Man personally met with the head of the Financial Markets Department of the People’s Bank of China, Se Do. “The Chinese specialists were assigned the task: I asked them to assess the situation in the country ... and offered ways to overcome this situation,” the press service quoted the Belarusian leader as saying. “I am very pleased that many of the positions, my and Chinese specialists, are the same,” he said.

The message does not reveal the recommendations of Chinese bankers. The Rosbalt source in the presidential administration says that one of the possible measures that the authorities will take to stabilize the financial market, on the advice of the Chinese, is a ban on the sale of currency to individuals. This will kill several problems in a flash: simple Belarusians will not travel abroad and export currency there, and residents of border areas will no longer “pack up” in neighboring Poland, Lithuania and Ukraine with imported clothing and foodstuffs. In addition, the Belarusians will not be able to independently drive cars from abroad. But the main thing is that the army of thousands of individual entrepreneurs registered in the country from 100 will not import a huge amount of Western goods into the country. Those. in fact, the country will refuse to import - with the exception of the critical: gas, oil, electricity and components for its factories.

Actually, Lukashenko himself confirmed the readiness to introduce this ban indirectly last Thursday in Brest. He said that in Belarus it is necessary to “seriously control” the use of currency for the population, to engage in import substitution. “In July and August we will see how the situation will develop,” said Alexander Lukashenko. He once again stressed that the currency must be directed to the development of enterprises in order to receive, for example, ten times more currency by selling products abroad. Then the welfare of people will increase. “You are entitled to a currency only when you bring it into the country. That is, everyone will have to, we are working on it and will strengthen this work, engage in import substitution, ”the Old Man explained his position. Actually, a week ago, as part of his press conference, he said that he didn’t see anything terrible in the absence of currency in exchange offices: “we will feed you and dress you for Belarusian rubles. Do not worry".

In Brest, the Old Man has already said that if someone desperately needs currency for treatment, business trips abroad, then by writing a statement to Belarusbank, he will receive currency. But if they can still suffer - you have to suffer. Those who do not need a currency should not go to exchange offices to receive it. “Well, why withdraw currency from the economy?” - the head of state pretended not to understand. According to Farther, “we must live in peace and buy Belarusian for Belarusian rubles in stores”.

What else, apart from restrictions on the purchase of currency, can Lukashenko learn from the Chinese experience? One of the important steps of the Chinese leadership was the introduction of a propiska institute - the official division of society into peasants and citizens. In Belarus, it already exists: citizens at higher rates pay for utility bills, electricity, and even insurance for cars is more expensive for them.

In China, cheap labor that can not afford to buy property in the cities. From here - a huge demand for hostels, including factory. The situation is similar in Belarus. But until now, the state has given out here soft loans to buy housing for the needy. Now, with the beginning of the crisis, this lending is abolished. As for Minsk, Lukashenka recently said that new houses are unlikely to be built in it, since the city is already too crowded. Belarus, like China, has every chance of becoming a factory for the production of European goods: there are relatively qualified personnel with no claims for high pay, there is also proximity to Europe as a sales market and Russia as a source of raw materials. Actually, the Byelorussian SSR was once a "assembly shop" of the entire socialist empire.

In order for the authority of the authorities to be unconditional, skyscrapers, luxury hotels, and stadiums are being actively built in China. Lukashenko set about building such objects a few years ago: today there are ice palaces in every major Belarusian city, and a national library for Belarusians.

The Chinese authorities also spare no effort and money for mass propaganda of all their achievements in the media. In Belarus, the situation with the press is already similar.

But walking along the Chinese path, Lukashenko will have to answer one important question that will always be asked by the public. In China, the incomes of the rich people in the country are greater than the incomes of the poor by 11 times, and according to the Beijing National Economic Research Institute, by 31 times, and this gap is constantly widening. Middle class in China will not be soon at all.

Belarus today is a solid middle class, a country without beggars and oligarchs. If the authorities accept the model of reform according to the Chinese model without exemptions, one must be prepared for the fact that class hatred in society will increase. And this could be another challenge for Lukashenko.

We are in Yandex Zen
Way out of chaos
The fifth wheel in the wagon of the Customs Union
9 comments
Information
Dear reader, to leave comments on the publication, you must to register.