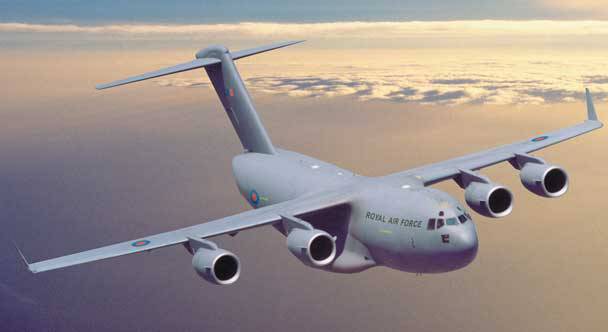 India modernizes military transport Aviation: the IL-76 and An-32 are replaced by the C-17. Why didn’t the choice fall on our new cars?

Indian military with Boeing signed a contract worth 4,1 billion dollars to supply 2013-2014 10 heavy transporters C-17A Globemaster III. In Russia, accustomed to the fact that most of the aircraft fleet of the Indian Air Force is our “glade”, any other people's success in this field is rather painful. Such, for example, as the triumph of Europeans, whose average fighters reached the final of the Indian tender. But what could we offer our long-term military-technical cooperation partners?

Americans at the entrance ...

Reports that Delhi plans to buy five C-17 overseas for 1,7 billion dollars overseas appeared in the autumn of 2009. A year later, during President Obama’s visit to India, a preliminary supply agreement was signed not for five, but for ten “Globesmasters.”

The amount of the transaction was not disclosed. This, firstly, clearly testified to intense bargaining, and secondly, that the initial price set by the Americans was hardly perceived by the parties as final. This assumption was confirmed in April of this year, when the top managers of Boeing publicly denied the 5,8 billion dollar figure that appeared in the press. And as guesses featured a range from 4 to 7 billion.

Finally, by June everything was resolved. The Indians firmly insisted: buying a C-17 will cost them 4,1 a billion dollars. At the same time, under standard offset conditions, Delhi did not move a single inch: 30 percent of the contract should be reinvested by Boeing into Indian industry. Along the way, the Indian side unequivocally pointed out the extreme need for a stand for conducting high-altitude tests of aircraft engines and a wind tunnel capable of operating in supersonic modes. By the way, voices are quite confident that they say that this dozen of aircraft will not be the last batch of C-17 and their total number in the Indian Air Force will reach 16 – 18 machines.

Delhi consistently "seated" players who want to taste the cake of the Indian arms market. For example, the same Americans, together with the Russians, were quite toughly exposed from the competition for the average fighter. However, as we can see, this did not prevent RSK MiG from continuing work related to the supply of deck MiG-29K and upgrading of land 29-x to the MiG-29UPG version.

“Boeing” after the failure of the “Super Hornet” gained a contract for “Globesmaster”. Do not forget also that the corporation transfers anti-submarine aircraft P-8 Poseidon to India (before 2013, Delhi will receive the Poseidon 12).

Mostly Indian military transport aircraft (246 aircraft) use Soviet-made vehicles (105 - An-32, 24 - Il-76). They completely cover the niche of large "flying trucks". But due to their gradual withdrawal from the Air Force required a replacement.

The lighter An-32, developed once especially for India and supplied to it in 1984 – 1991, are now being modernized in Ukraine. Just recently, the Indian Air Force returned the top five aircraft - already in the An-32RE version. Replacing navigation equipment and parts of the avionics will allow modernized vehicles to serve in Indian aviation for some time. In the future, if you believe the Indian military, part of them will be written off in favor of the same "Globesmasters."

A natural question arises: why are Americans preferred over us? Tom - a lot of reasons.

To begin with, it should be noted that the Soviet transport planes available in the Indian Air Force are “outgoing”. This is mostly true for IL-76, because at the moment these machines are not being built either in Russia or in the former USSR republics: the Chkalov Aviation Production Association, calling things by their proper names, “dismantled” in favor of the Russian plant in Ulyanovsk. They plan to put in a series of new aircraft IL-476, but this is still too far away.

The same goes for An-32. It was originally planned to replace it with the so-called MTA - again developed specifically for India by the version of the IL-214 medium transport project. But the years go by, and the project is still there. IL-476, by contrast, is at least already preparing for release.

It is customary to say that Indians buy a plane several times more expensive than the usual IL-76. And formally, this is true: now one such transport worker (without additional services and supplies) can be carefully estimated at about fifty million dollars according to the results of the Jordanian contract for IL-76MF-EI. Given the integration of a large number of Western avionics and avionics from various manufacturers (the traditional requirement of Indians) - up to 70 – 75 millions.

But here immediately there are several subtleties. First, India buys a plane with an almost one and a half margin in payload. Secondly, a machine with much more modern equipment was ordered, moreover, both in terms of avionics and other pilot “high-tech”, and in a purely design version of the “transformer” cabin, which allows you to quickly and efficiently work with different types of cargo. Thirdly, IL-476 grows up in price quite a lot when it comes down from the stocks, and the seductive spread between our and American technical and commercial proposals will decrease.

And finally, the main thing. For big or small money, but now there is essentially nothing to order from Russia. Previously, IL-76 was produced in Tashkent, and there were quite bright for the time being plans to integrate the Chkalov AO into the United Aircraft Building Corporation. But история the aforementioned Jordanian contract, which was almost torn down by both high producing parties, nodding at each other, amid the clearly manifested reluctance of the Uzbek authorities to give the plant to Russian managers, ended the fate of this enterprise. According to a number of data, they now intend to equip several workshops for a screwdriver assembly of cars.

The new Ulyanovsk IL-476 is carefully planned for staging a series in 2012, and so far it has not been considered by Delhi as an alternative when updating the air transport port park. But it is not at all possible that the aircraft will still compete for a place in the BTA of India. There is reason for hope. This refers to the traditional habit of Indians to “diversify” and a very good practice of using the “elder brothers” IL-76, accumulated by Indian pilots. However, this will have to make the car at least as good in operation as the Globesmaster, by the time of the hypothetical supply Delhi will have something to compare with. And the ease of operation and control "in comparison with the IL-76" Indians set as one of the conditions when choosing C-17.

We are in Yandex Zen
Projection of force
Chalta hi aviation is powerless
6 comments
Information
Dear reader, to leave comments on the publication, you must to register.