July 3 2014
36
By the order of the Government of the Russian Federation No. 1186-Р from 30.06.2014, the modernized self-propelled anti-tank missile system Sturm-SM, developed by OAO NPK KBM (Kolomna), has been adopted.


"Sturm-SM" has a number of significant differences from its predecessor, "Sturm-S", which expands the possibilities of its use.

If Shturm-S operates only during the day when the operator sees the target, then the upgraded complex has the so-called “technical vision” - a thermal television sight, which allows it to work at night, as well as under adverse weather conditions: in snow, rain, fog.

The range of the controlled flight of the rocket is increased from 5 to 6 kilometers. 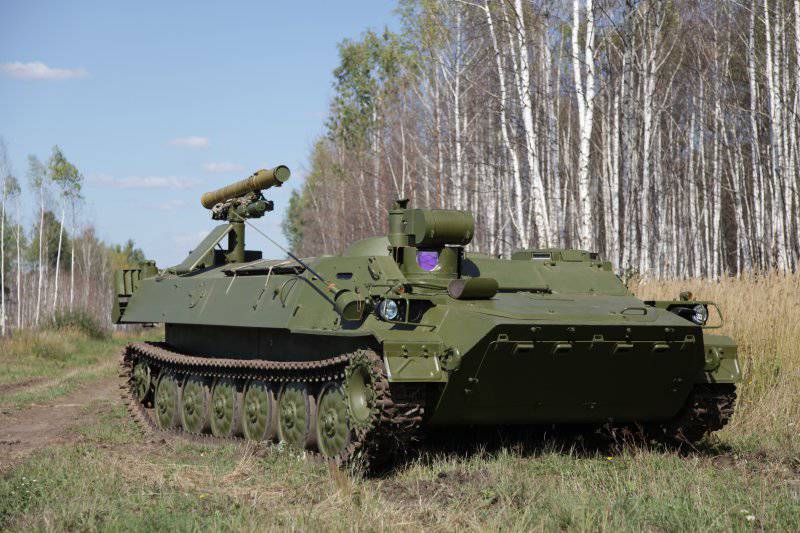 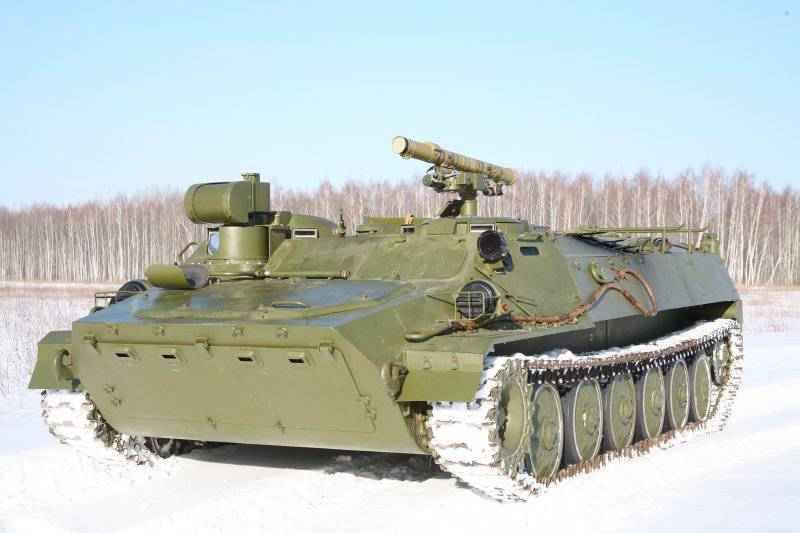 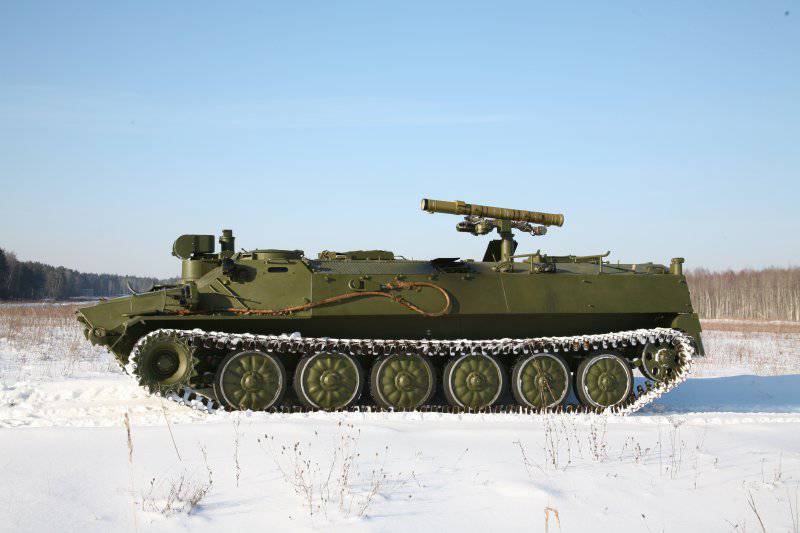 The “Sturm” family of missiles (as well as another development of the Khrysanthema-S ATKM ATKM) are unique in that they have a supersonic rocket flight speed, which allows them to be used to hit air targets. The maximum rocket speed is 550 m / s.

The rocket used modern element base and components. Due to this, increased reliability, which was confirmed by the test results. This allows you to abandon routine checks of missiles in the troops during the entire period of operation. All elements and components of the rocket - domestic production.

Another innovation of the upgraded missile is the new warhead. In addition to the tandem-cumulative and high-explosive with a volume-detonating composition, the composition of the military equipment included a high-explosive fragmentation warhead with a non-contact fuse, which makes it possible to destroy not only armored vehicles, low-flying Aviation enemy, engineering structures, but also manpower, including protected by bulletproof vests, as well as guaranteed to hit the target even if the rocket passes at a certain distance.

“Storm” is the only complex in the world that is installed on three types of carriers: ground, air and sea. Placed on tracked vehicles, helicopters Mi-8, Mi-24, Mi-28, Ka-29, Ka-52, on export versions of these helicopters, patrol boat.

Due to the fact that the missile complex received a second control system - laser beam, the range of carriers expanded. The disadvantage of the radio command SU was its bulkiness. Laser beam SU - lightweight and compact. This makes it possible to place the "Assault" on support combat vehicles tanks and BMP. In addition, the use of laser beam control system allowed to increase the accuracy of the hit.

The Scientific and Production Corporation “Engineering Design Bureau” (NPK “KBM”) was established in 1942 year. Over the 70-year period, more than 40 of various types of weapons were commissioned, including the Malyutka, Shturm-S and Shturm-V anti-tank systems, Strela-2 and Igla, and Tochka, "Point-U", OTRK "Oka". He is the lead developer of portable anti-aircraft (Igla-S), anti-tank (Chrysanthemus-S), operational tactical missile systems (Iskander-M), active protection complexes (Arena), protective equipment , maintenance tools. Included in the State Corporation "Russian Technologies". Director and General Designer - Valery Kashin.
Ctrl Enter
Noticed oshЫbku Highlight text and press. Ctrl + Enter
We are
Who do we have there in the rain and in the mud?
Military Reviewin Yandex News
Military Reviewin Google News
36 comments
Information
Dear reader, to leave comments on the publication, you must to register.