What made us all betray our homeland 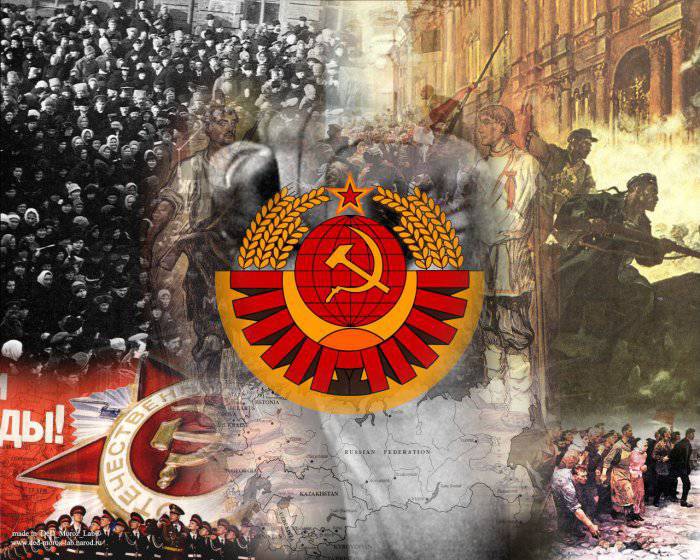 Looking at the faces of passers-by, I often think about what made us all betray our homeland. Indeed, the majority of residents of the former USSR were older than 80, who were pioneers, those who were older were members of the Komsomol, and some of them were in the Communist Party. We all swore oaths: pioneer, Komsomol, party. Men older than 72 were born in the Soviet Army and took the oath.

All these millions of people have forgotten the words of the oaths they made. Forgot - and did not prevent the collapse of their country. On the day the Soviet Union was destroyed, hundreds of millions of former fellow citizens became oath-criminals. This is a fact, and one cannot just brush it aside. Consciousness found a lot of reasons to justify: and the oaths were not real, and we did not love that country ... And in general - it was historical process. But the subconscious mind knows the truth and keeps this unspoken guilt.

Looking at the current state of affairs in the post-Soviet space, in the former republics of the USSR, one can say with confidence: none of them could make the life of their fellow citizens better than they were. Even the Baltic states who had passed under the patronage of the EU remained at the bottom of the trough. Analysts explain what happened with the management matrix left over from the Soviet power, corruption, external influence and a host of weighty reasons, leaving behind the apathy of the population.

The people who remained in the ruins of the Soviet Union, for the most part, do not want to do anything, they lack the desire to overcome difficulties even for their own sake. They, as naughty children, feel guilty for having broken something very important and valuable, inherited from their parents. Broke and do not know what to do with it now, how to fix the situation. Adult uncles came running on all sides and carried away the most valuable of the debris. And there are no more parents. So former compatriots are sitting orphans, blinking their eyes, and the very apathy of the population has appeared from the horror of what happened. In order not to destroy our psyche completely, we pushed the whole nightmare and blame for our deed deeper and began to simply live-survive, live out our age.

If there is a disease, a doctor will appear. Doctors really found. Human rights activists, the guard liberals began to shout at every corner, under every lamppost that Stalin was to blame for everything, that the Russians should repent, repent and repent again. For Komsomol construction projects - to repent, for the development of Siberia - to repent, for the victory over Hitler - to repent, for the fact that they are alive - to repent too. Not wanting to analyze what happened in 90, trying not to let every citizen sit down, remember how it all happened, and think about why it happened, who pushed, Novodvorsky, Alekseev, Kovalev and others like them problem from a sick head to a healthy one. They dig Stalin's corpse at the first spark of the awakening of civic consciousness in order to quickly divert the attention of citizens. Often, for greater efficiency, they begin to roll the body of Lenin in the Mausoleum with him ... It is the fear of realizing one’s own guilt for the collapse of the country that makes us all dance around the figures of Lenin, Stalin and others with such gusto.

To go further, you really have to deal with your past. Only not with distant 30, 20, 17 or 41 a year of the last century. We must remember what was happening before our eyes, conduct a sober analysis of what happened, recall all the instigators, the klikush and the street stands. All those who shouted the loudest: "And that, let's crash, break!". Understand why we so easily went about them. Having survived these events once again, having gutted and analyzed them, the Russians and all other nations and peoples of the former USSR will gain invaluable existential experience. Having thrown off the mucus of our inadvertent betrayal, we can move on. Live, build and build!