July 2 2014
59
On Monday, June 30, the situation with the delivery of Iraqi Su-25 combat aircraft began to clear up. Last week, it was reported that the Iraqi government signed an agreement with the Russian Federation to supply more 10 attack aircraft. According to unofficial data, the value of the transaction can be up to 500 million dollars. On the conclusion of an agreement between the countries, in particular, said the Prime Minister of Iraq Nouri al-Maliki. The first 5 war machines arrived in Iraq already last week. Very soon, these planes can be used to attack the positions of Sunni militants of ISIS.


Sources of the newspaper “Vzglyad” note that the attack aircraft were transferred to Iraq from the strategic reserve of the Ministry of Defense of the Russian Federation. And although these planes were in use, perhaps some of them even managed to take part in the war in Afghanistan, it is now difficult to find something more suitable for the Iraqi army. The fact that the Su-25 sent to Baghdad were taken from the strategic reserves of the Russian Defense Ministry, sources at the Sukhoi Design Bureau confirmed. In an interview with Vzglyadu, a source at the design bureau noted that Sukhoi did not participate in the contract, and that the attack aircraft were in Iraq, they themselves learned from the media.

The first attack aircraft, which are designed to directly support the ground forces on the battlefield at any time of the day, were handed over to Iraq on June 28. It is reported that the planes were brought into the country with the help of An-124-100 "Ruslan" from the 224-th squadron of the Russian Air Force. The planes were delivered in a partially disassembled condition to the Al Muthanna airbase, located in the suburbs of the Iraqi capital. According to the Ministry of Defense of Iraq, the 5 attack aircraft Su-25 can be used in hostilities after a day 3-4. 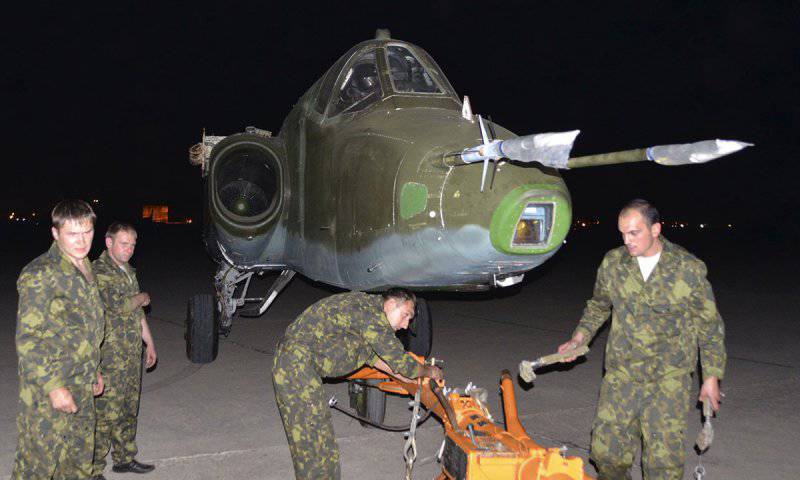 According to the Commander-in-Chief of the Iraqi Air Force, Lieutenant General Anwar Ham Amin, who received the first batch of Russian attack aircraft, the Iraqi army is in dire need of such aircraft in such a difficult period for the country. The lieutenant-general confirmed that, together with the Su-25 attack aircraft, a team of specialists from Russia arrived in Iraq for a short time, which will prepare the aircraft for use for their intended purpose. However, there is no clarity as to who will fly these planes. Su-25 attack aircraft were part of the Iraqi Air Force during the rule of Saddam Hussein, but since then the pilots of these machines have not had flight practice for many years.

The Iraqi Air Force, which currently simply does not have jet combat aircraft, is experiencing serious difficulties in the fight against ISIL fighters. Despite the fact that the Ministry of Defense of Iraq signed a contract with the United States for the delivery of F-16 fighter jets back in the 2011 year, the first 3-4 aircraft will be put into service only at the end of the 2014 year. Another problem of the Iraqi air force is the lack of the necessary quantity of air-to-surface munitions, which are so necessary to fight militant groups.

Without proper support aviation it is very difficult for the ground forces of the Iraqi army to restrain militants. Over the past 3 weeks, ISIS rebels have captured vast regions in the west and north of Iraq. On Saturday, June 28, the Iraqi government reported that the army was able to recapture the city of Tikrit, but the rebels then denied the report. At the same time, Iraqi State Television announced the intention of government forces to launch an offensive on Mosul. 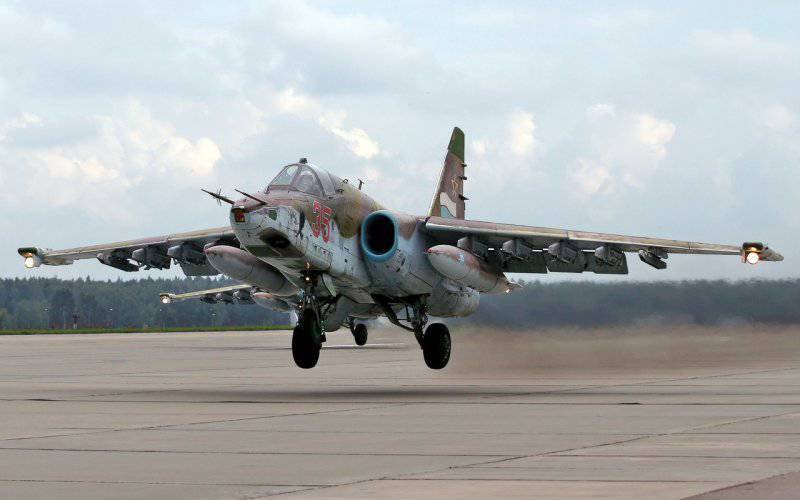 According to representatives of the Iraqi Ministry of Defense, the main goal of the agreement concluded with Russia is to increase the firepower of the country's Air Force and the capabilities of the army as a whole to combat terrorists. In turn, the United States suggests that although today there are 300 US troops and UAVs in Iraq, they are used only to assist the government of the country without taking part in the hostilities. At the same time, there have been no reports of Washington’s intention to speed up deliveries of previously ordered AH-64 “Apache” attack helicopters to the country and F-16 fighter jets. In this regard, the Iraqi Prime Minister al-Maliki expressed his disappointment with the tightening of these American supplies and announced Baghdad’s intention to buy military aircraft not only from the United States, but also from Russia, Britain and France. According to al-Maliki, in the case of timely deliveries of aircraft to support the ground forces, the Iraqi army would have been able to prevent the ISIL rebels from moving inland at the very beginning.

As many observers say from among those who saw photos of the storm troopers handed over to Iraq, all the machines are “not the first freshness”. In those pictures that are represented by the authorities of Iraq, it is clearly seen that the Su-25 has not been crashed for a long time, and in some photos you can see the rust on the fuselage. Some analysts even managed to see on the fuselage of one of the attack aircraft traces of bullets. Not excluding that these hits were received back in the 1980-s in Afghanistan. But despite this, for the Iraqi army, the Russian attack aircraft are a real gift.

The Su-25 attack aircraft was designed for delivering massive air strikes to the forward positions of advancing enemy forces. For a rather characteristic appearance and his combat capabilities in the Russian army he was nicknamed the “rook”, “humpbacked horse”, also this car is sometimes called “flying” a tank". All these common names fully reflect the essence of the Sukhoi Design Bureau machine created: it is an armored, small, like a tank, subsonic attack aircraft, which is designed to support ground forces over the battlefield at any time of the day. 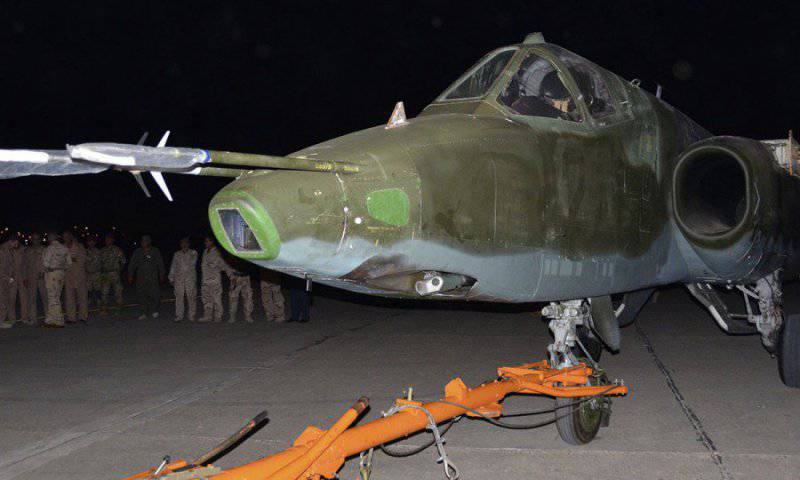 An attack aircraft can lift up to 4 tons of combat load: from the simplest unguided free-falling bombs to modern high-precision samples. weapons. The aircraft is armed with an 30-mm automatic gun, air-to-air, air-to-surface guided missiles, unguided projectiles, incendiary tanks, aerial bombs. An attack aircraft is able to hit both visually visible targets and those objects that only electronics can see. Machines have proven themselves in almost all modern conflicts.

During the war in Afghanistan, there were real legends about the Su-25 attack aircraft, as it was incredibly difficult to shoot down this Soviet attack aircraft. Thanks to the “roar” Alexander Rutskoi, the Hero of the Soviet Union and the future Vice-President of Russia, was able to go back from one of his combat missions in Afghanistan. After the landing, the technicians counted on the attack aircraft such a number of damages, in which no other aircraft in the world could simply return to the airfield.

For other examples of the survivability of the aircraft do not go far. Not so long ago, after the battle near Lugansk, the militia of Novorossia reported that they managed to bring down the Ukrainian Su-25. This news caused a lot of discussions in social networks, because knocking down a “flying tank” is not easy. But the joy of this success was quickly replaced by disappointment. Even with one completely destroyed engine, the “rook” was able to return to its airfield. 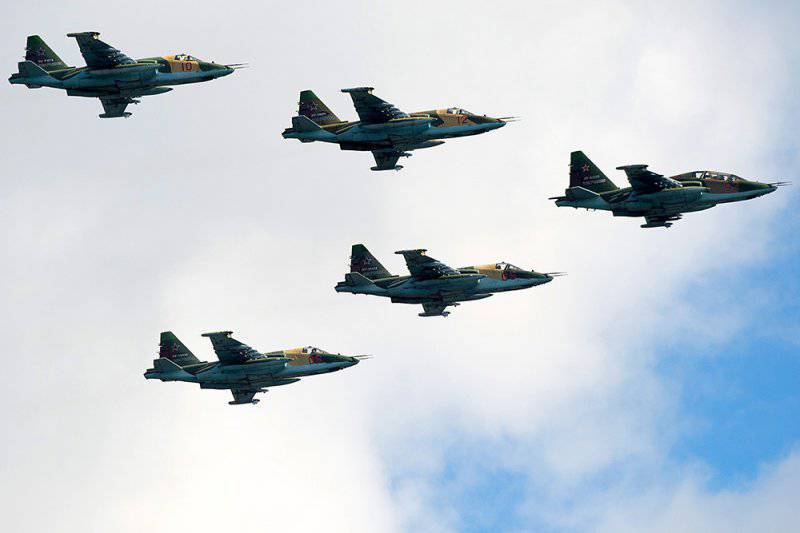 That is why the company “Sukhoi” believes that the delivery of the Su-25 planes to the Iraqi army can significantly change the course of the battles. A representative of the Russian company noted that despite some battered airplanes, there was no reason to underestimate the capabilities of the attack aircraft. The Su-25 delivered to Iraq outwardly may not look very attractive, but this, by and large, will in no way affect their combat effectiveness.

Professor of the Academy of Military Sciences Vadim Kozyulin believes that the key point of the agreement concluded between Baghdad and Moscow was the extreme interest of the Iraqi army in effective and inexpensive weaponry. The US talked a lot about supporting the Iraqi government in the fight against the separatists, but they did not install the equipment. Moreover, the Americans constantly tried to put a spoke in the wheels of Iraq’s military-technical cooperation with Russia.

Experts believe that the Iraqi Air Force needs the order of the 25-30 Su-25 attack aircraft to begin a full-scale operation. It should also be noted that so far the Air Force of this country did not have any aircraft of this class. Iraq had a fleet of various modifications of the MiG, Su aircraft and the Mirage of French production, but most of them were destroyed during the Iran-Iraq war, and those that remained intact were disabled during US invasion of Iraq already in 2003 year. 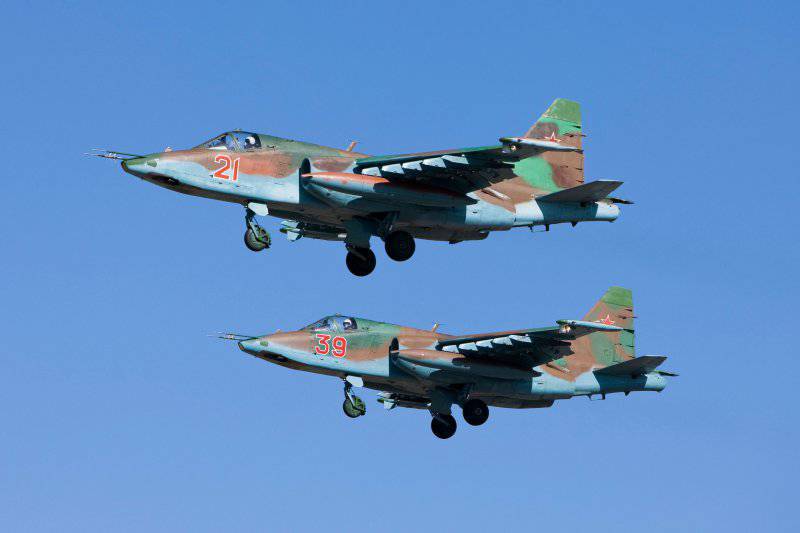 At the same time in Iraq there are a number of pilots who are familiar with this technique. They are able to pilot Russian attack aircraft, since during the Iran-Iraq war the USSR delivered a number of such machines to Iraq. However, many experts agree that there are very few such pilots. The elite of the Iraqi Air Force under Saddam Hussein was the Sunnis, who almost did not remain in the army under the current Shiite leadership. Director of the Institute of Political and Military Analysis, Alexander Khramchikhin, believes that the presence of pilots in Iraq with experience in flying Su-25 is highly doubtful. Therefore, the question of who exactly will fly on Russian attack aircraft, is currently one of the main ones. There is a possibility that pilots who had previously flown on such planes could find Iraq in Iran or in the CIS countries, said Igor Korotchenko, head of the Center for Analysis of the World Arms Trade.

The fact that Russian attack aircraft arrived in Iraq before the promised F-16 fighter jets could be of great political importance. Back in 2011, Iraq signed a contract with Lockheed Martin, the American aircraft manufacturing corporation, to supply the X-NUMX F-36IQ Block 16 multi-role fighters, the sum of which amounted to 52 billion dollars. The first car was handed over to the Iraqi military only 5,3 June 5 of the year. In total, following the results of 2014 alone, the United States was able to conclude various military contracts with 2012 for a total amount of 500 billion dollars with Iraq, denoting military-technical cooperation between the countries as “deep”. True, even before the start of active military operations by government forces against separatists from ISIL, Baghdad complained that the US was slow in delivering ordered military equipment.

Russian-Iraqi military-technical cooperation at the moment is noticeably less. According to the state-owned company Rostec, which today includes the leading manufacturers of Russian weapons, the volume of contracts concluded with Iraq is estimated at 4,2 billion dollars. In this case, the bulk of this amount falls on the supply of helicopters. The contracts concluded with Iraq involve the delivery of various modifications of the Mi-28 helicopters, MiG and Su aircraft, as well as modern air defense systems and armored vehicles.