Vital points of the human body in melee: head 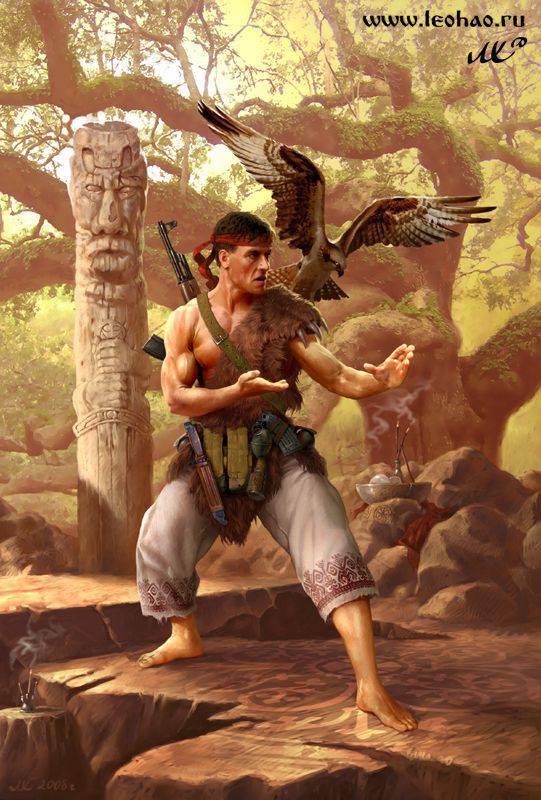 Our world is full of violence, unfortunately ordinary people should be prepared to protect themselves, their loved ones. They must have the mental and physical readiness to repel the threat. This is especially important, because in recent decades, the Russian people have lost the habit of responding to threats on their own, hoping for the protection of the state. The state is increasingly getting rid of the function of protecting its citizens. Russian actually lost the culture of education of the warrior, as part of the daily life of the whole nation. "Military Review" begins a series of articles related to the martial arts of the planet, methods of physical, psychological training of soldiers. In Russia, it is necessary to deliberately revive the military culture, it must be introduced from the school bench. Young people should be strong, healthy, ready to stand up for themselves, family, their land, the whole of their homeland.


And do not assume that such knowledge is dangerous to give ordinary people. Like, read, see and do business. The same criminals already possess this knowledge, passing their “school” of life. Of course, we must remember that it is better to train with a group of like-minded people, under the guidance of an experienced person.

The first articles will be devoted to the vital points of a person, a blow to which can force the opponent to stop any actions. It is important to know and remember that such vulnerabilities exist in almost any part of the body.

Vulnerabilities of the head

Hair. The pain will distract the enemy, the seizure of hair can allow to control the movement of the head. This will allow another reception.

Bregma This is a point on the roof of the human skull, corresponding to the junction of the sagittal and coronal sutures - the frontal and parietal bones are joined. In infants, there is a front spring. A sharp blow from above displaces the frontal bone, damaging the brain. In the reconnaissance and sabotage parts, they are taught to beat from above, so the sentry helmet beats him at this point.

Temporal bone. The lateral side of the skull around and above the auricle is quite strong, so it makes sense to beat this area with an armed hand, such as a butt, a baton.

Sphenoid bone. A small bone on the side of the human skull, approximately 2,5 cm from the eye socket. The bone is rather thin and fragile. A strike on her with tychkovy knuckles of the Japanese jawar type can be fatal.

Superficial temporal artery. Striking a knife on the side of the head along the sphenoid bone can damage the temporal artery, if the bleeding is not stopped within a minute, the damage will have serious consequences. In addition, abundant blood will deprive him of his presence of mind, and the ability to continue actions.

Eye bones. Bone formation around the eye socket. A strong blow to it causes shaking of the frontal lobes of the brain, this can lead to loss of consciousness.

Eyeball. Sticking an opponent into the eye, eyes with a finger, or any sharp object, such as a pencil, can cause temporary loss of vision, or even complete. With a strong impact, brain damage is also possible - the layer of bone tissue behind the eyeball is very thin.

Nadperenosye (glabella). This is the part of the frontal bone in the middle of the forehead between the eyebrows above the bridge of the nose. A blow to this point can cause death. A strong blow will cause a concussion of the frontal lobes of the brain, leading to contusion, loss of consciousness and possibly death.

Nose bridge. The thin bones of the nose between the eyes may be interrupted by a fist, edge of the palm, a blow of an object. Mutilation is very painful, can cause heavy bleeding.

Nose. The nose contains a significant number of nerve endings, so not even a strong blow can cause a sharp pain, tearing. The nose is a good target, you can beat left, right, straight, bottom, top, or the back of your head, forehead.

Nostrils. The so-called "finger in the nose" is one of the easiest and most effective ways to get rid of unwanted capture. For maximum effect, you can bend your finger and jerk your nostril.

Nasolabial, intermaxillary suture. This is the area above the upper lip, above the gum line. A blow to this point can knock out the upper teeth, cause damage to the nasal bone, concussion. Sometimes it is possible and a fracture of the bone, which holds the skull to the spine - a fatal outcome.

Underlip. Grabbing an inadequate person (drunk) with your thumb and forefinger and turning it clockwise, you can make the person follow you. But we must remember that with a sober person the focus is unlikely to pass.

Mouth. The point in the center of the lower jaw is on the gum line of the front teeth. Upon impact, you can knock out your teeth, cut your lip, and your opponent’s balance is disturbed.

Occipital bone. The impact point is located in the center of the neck, where the trapezius muscles are attached to the occipital bone. A blow to this part of the head causes the cerebellum to shake, which is responsible for coordinating the movement of a person.

Eardrum. In the ear there are many nerve endings responsible for the balance and hearing of a person. The blow struck with the palm of the folded “cup, or two palms, sends a“ shock wave ”through the ear canal, which causes severe pain, dizziness and possibly loss of consciousness. Even more tragic consequences will be caused by the impact of a sharp object on an ear - a pencil, a nail, etc.

Earlobe. In some circumstances, it is often advised for women in self-defense, teeth can bite and even bite off this part of the ear. The enemy will be stunned, the victim will gain time to escape. 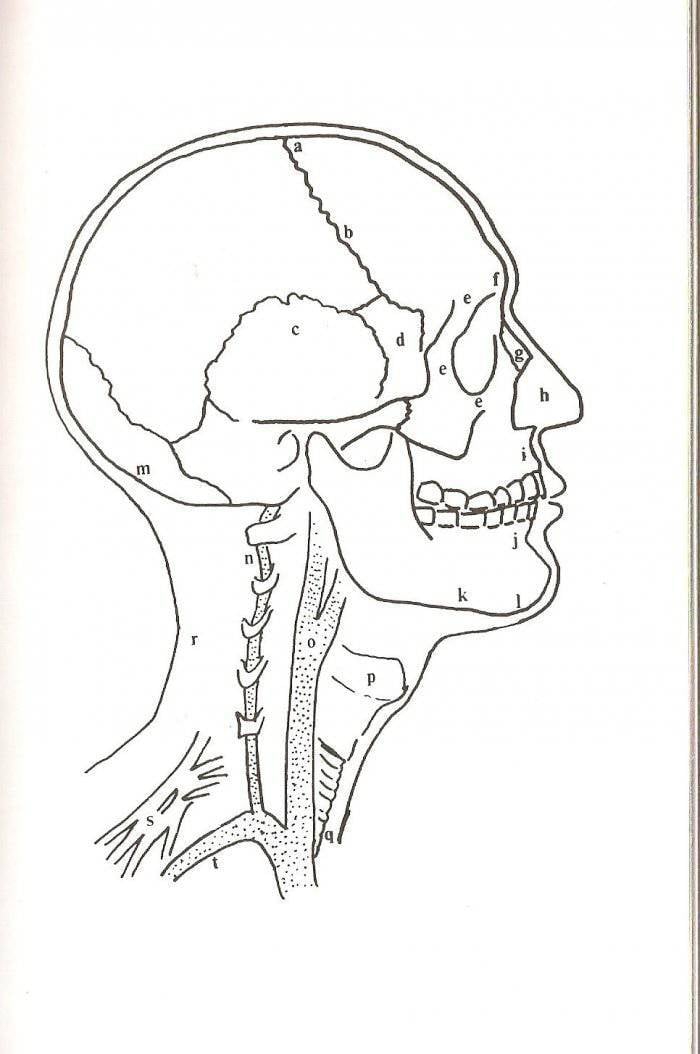 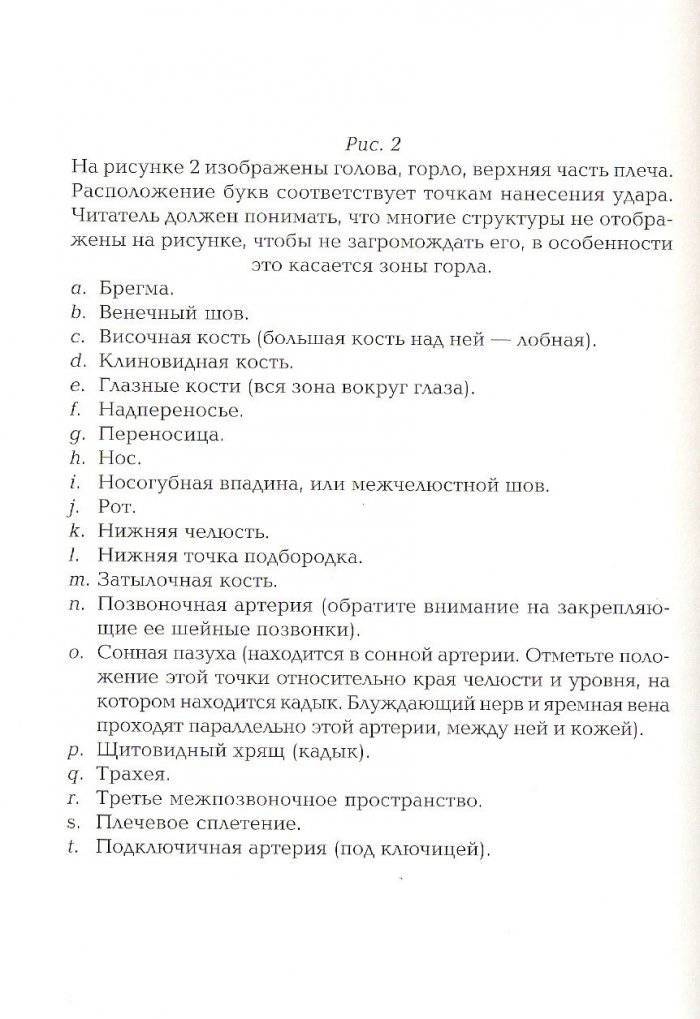 Source:
Mashiro N. Black Medicine: The Dark Art of Death, or How to Survive in a World of Violence. Ekaterinburg, 2006.
Ctrl Enter