What is behind the peacekeeping steps of China in Libya

25 2011 June
3
On Wednesday 22 June, Mahmoud Jibril, one of the leaders of the Libyan rebel forces, visited the capital of China with a two-day visit to Beijing. The Chinese side organized a high-level meeting of the guest, and Chinese Foreign Minister Yang Jiechi will hold talks with him, as well as the leaders of the international department of the Communist Party Central Committee. The diplomatic efforts of China are primarily related to the desire to prevent the possible loss of contracts in Libya worth more than 19 billions of dollars. It is worth noting that today, in terms of contacts at the interstate level with Tripoli and Benghazi, Chinese Beijing, which has not previously declared itself a mediator in the Libyan confrontation, bypasses the rest of the world states, including Russia, which has taken on the role of an official mediator. 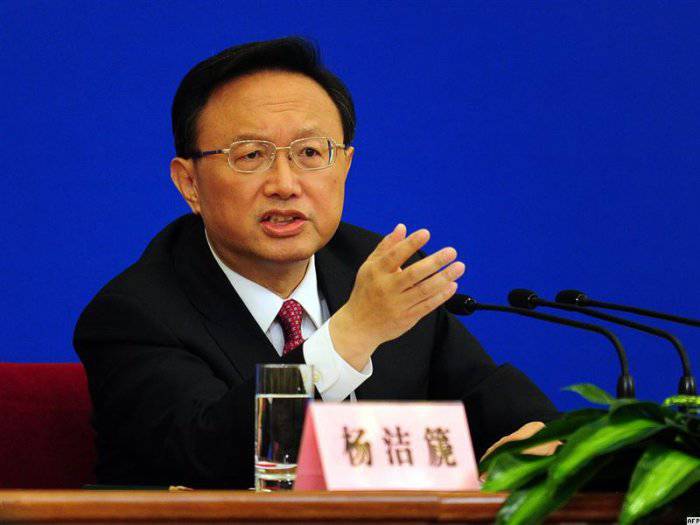 Mahmoud Jibril, who heads the executive committee of the Libyan National Transitional Council and supervises relations with the outside world in Benghazi, is not the first high-ranking Libyan official who visits the capital of China, before him a two-day visit to the Libyan Foreign Ministry Abdul Ati al-Obeidi.

The Minister of Foreign Affairs of China has lavished praise on the National Transitional Council, which has become Libya’s main political force, calling it "an important partner in the dialogue."

As you know, China did not take a firm position in the war between the forces of the Libyan leader Muammar Gaddafi and opposition groups, and he abstained in March when the UN Security Council issued a NATO resolution on the right to launch air strikes against the forces of the government army. But at the same time, China was in constant contact with both parties to the conflict in the interests of a political settlement.

"The representation of the National Transitional Council of Libya is expanding daily, step by step, since its inception, and this is important for the development of domestic political power," said Chinese Foreign Minister Yang Jiechi in an interview with Mahmoud Jibril.

The representatives of China did not go into the essence of the negotiations, saying only that their main task was "to promote the peace negotiations." Thus, for the first time since the beginning of the armed confrontation in Libya, China officially announced its peacekeeping ambitions, as is known until this time, the Chinese limited themselves only to condemning the bombings of Libyan cities and calling for peaceful negotiations, but never mentioned their intention to facilitate this process. To date, the official mediators in the Libyan conflict are Russia and the Union of African States.

But it can be assumed that China’s interest in holding peace talks is explained not so much by peacekeeping tasks as by the desire to avoid significant financial losses. In the past five years alone, Beijing has invested almost 50 billions of dollars in more than 19 commercial projects in Libya, and 13 of China’s largest state-owned companies are operating in the country. The huge scale of the Chinese presence in the North African country is evidenced by the fact that for the first time during the days of armed confrontation Beijing evacuated the 35 of thousands of its citizens who were involved in various jobs. Projects involving China are distributed throughout Libya. Many of these projects are located in the territories controlled by the army of Muammar Gaddafi. That is why the representatives of Beijing began active negotiations with each side of the confrontation.

It is obvious that the Chinese authorities are not at all interested in the fate of civilian Libyan citizens who are susceptible to the daily threat of becoming victims of armed confrontation. The money invested in various companies and possible profits is China’s main interest. They have a supply of proposals for both sides of the confrontation - Gaddafi they promise lobbying interests in the UN Security Council, and the rebels have the money they need so much today. And there will be nothing surprising in the fact that tomorrow in Beijing, with all the pompousness, they will not meet the representatives of Muammar Gaddafi.

We are in Yandex Zen
Results of the week. "Aria of the Moscow Guest"
Judgment in Tripoli. Saif al-Islam Gaddafi sentenced to death
3 comments
Information
Dear reader, to leave comments on the publication, you must to register.