Japanese military threat in the east of the USSR 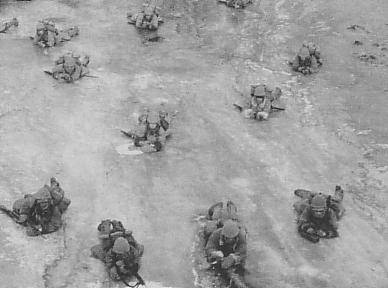 Studying history World War II and World War II, one should not forget such an important factor for Moscow as the threat from the East. The USSR could not concentrate all its forces to fight the armed forces of the Reich, since the Japanese Empire hung from the East.


Formally, between the two countries was neutrality, according to the agreement concluded on April 13 of 1941 of the year. But, the main reasons why Japan did not strike the USSR were not the goodwill of Tokyo, or the strength of the signed documents. The Japanese chose the southern territories for a strategic offensive; moreover, they could wait until the Wehrmacht defeated the Red Army and then seized the Russian Far East and Siberia. Another important reason was the Far Eastern group of the Red Army, the Japanese have already experienced its power in 1938-1939 years and did not want to suffer defeat again.

When Germany attacked the USSR on June 22, 1941, there was a discussion in Japan about the prospects of its invasion of the Far East. Japanese politicians, generals, command fleet They argued about the possibilities of implementing the Kantokuen plan (“Special Maneuvers of the Kwantung Army”), an analogue of the German “Barbarossa”, it began to be developed in the mid-30s.

According to this plan we planned:

- The Japanese Air Force was due to a sudden blow for several hours to destroy, or at least disable most aviation Far Eastern Air Force Red Army Group.

- Japanese forces, by forces of three formed fronts - east, north and west, were to defeat the Soviet troops in Primorye, Amur region and Transbaikalia with successive strikes, force the remaining units to capitulate.

- The Imperial fleet was to support the operation to seize Northern Sakhalin, destroy the Soviet Pacific Navy, support the seizure of Vladivostok by land forces and organize a landing operation to invade Kamchatka.

- The operation was planned to be completed in 6 months, coming to Baikal.

But although the operation was planned to begin in August 1941 of the year, but the Japanese Foreign Ministry and intelligence expressed doubts, which only grew stronger as they realized that the German blitzkrieg had failed. As a result, at a meeting of the government’s coordinating council and the imperial stakes, 3 of September, the meeting concluded that "since Japan cannot deploy large-scale operations in the north until February, it is necessary to quickly carry out operations in the south during this time." In fact, with its fierce resistance, the Red Army frustrated not only Berlin’s plans, but Japan’s plans for a “blitzkrieg” in the North. On October 1941, it was decided to postpone the possible operation to the spring of the year 3.

But then Japan simply could not hit the USSR - its main forces were occupied on the southern fronts. The Kwantung army gradually transferred its best units to other fronts, losing its power. In addition, the USSR did not even think of falling; in the east of the state, Moscow still held significant combat forces. General Joseph Apanasenko made great efforts to strengthen our forces in this direction and develop infrastructural capabilities. Apanasenko was able to organize the construction of a highway along the Trans-Siberian Railway as soon as possible. By September 1, 1941, a road was built from Khabarovsk to Belogorsk. Under him, the Far East actually turned into a large fortress. The USSR was forced to keep a powerful force grouping in the East: from 32 to 59 divisions of ground troops, with a total number of more than 1 million people, from 8 to 16 thousand guns and mortars, over 2 thousand tanks and self-propelled artillery installations, from 3 to 4 thousand combat aircraft. These were huge forces that could seriously change the balance of power in the west of the country, in a different political situation. 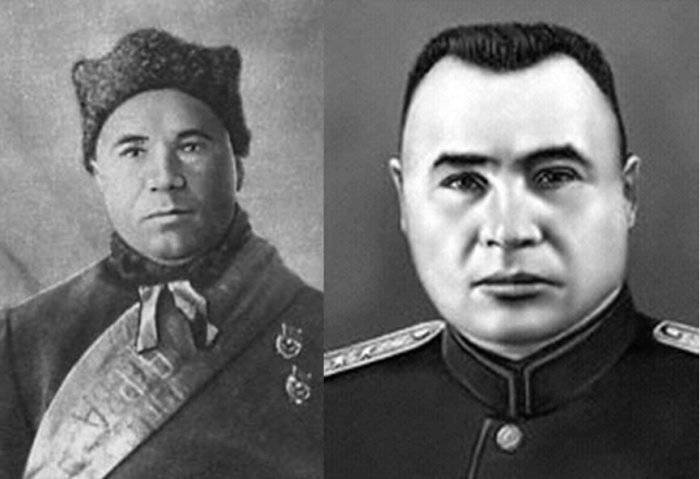 Joseph Apanasenko, Commander of the Far Eastern Front, from January 1941 to June 1943.
In addition, the Japanese actively harmed the USSR in the field of shipping, and made various provocations at the border. There were acts of aggression, which at other times could be used as a pretext for war. The Japanese Navy hampered navigation in the Sangar and La Peruza straits. They put drifting mines, which limited the Soviet fishing zone in the Sea of ​​Japan. Threatened by weapons stopped and inspected the Soviet merchant ships. The Japanese attacked our ships: 14 December 1941, the cargo and passenger steamer "Krechet" was sunk in Hong Kong by Japanese army artillery; 18 December 1941, the cargo ship "Perekop" was sunk in the South China Sea in the area of ​​the islands of Natuna by Japanese naval aviation, 8, of the dead team members. 26 December 1941 of the year, the crew scuttled the tanker "Maikop", in Sarangli Bay of Davao Bay (Minda-nao, Philippine Islands) after the ship was heavily damaged by Japanese aircraft. There were other acts of aggression, for example: the ship “Whalen” on the Australian coast was fired upon by the Japanese.

All diplomatic protests of the USSR Tokyo ignored. By the end of the Great Patriotic War, when it became finally clear that Berlin would be defeated, there were fewer Japanese provocations.

But, August 8 1945 of the USSR was avenged, the head of the NKID Vyacheslav Molotov told the Ambassador of Japan Naotake Sato in Moscow about the beginning of the war. Neutrality Pact with Japan was also terminated on 5 on April 1945 of the year. 2 September 1945, Stalin congratulating the Soviet people on their victory over Japan, said the main reason that prompted Moscow to enter this war. “We still have our own special account for Japan. Japan began its aggression against our country back in the 1904 year, during the Russian-Japanese war ... As you know, Russia suffered a defeat in the war with Japan. Japan also took advantage of the defeat of Tsarist Russia in order to grab South Sakhalin from Russia, establish itself on the Kuril Islands and, thus, lock all exits to the ocean for our country’s castle ”. The Soviet Union fully paid for it.

Unfortunately, historical lessons do not benefit Japan, after the collapse of the USSR, Tokyo, taking advantage of the weakening of the will of the leadership of the Russian Federation, continues to assert its rights to "its Northern Territories". A number of statements by Japanese officials are frankly boorish in nature. Let us hope that the “Japanese Chernobyl” will make them more meaningful.

Ctrl Enter
Noticed oshЫbku Highlight text and press. Ctrl + Enter
We are
Diplomats of the People's Commissariat of Defense: on the eve and during the warMyths of the Great Patriotic. Papier mache helmet
6 comments
Information
Dear reader, to leave comments on the publication, you must to register.