The hardest crisis of the military education system 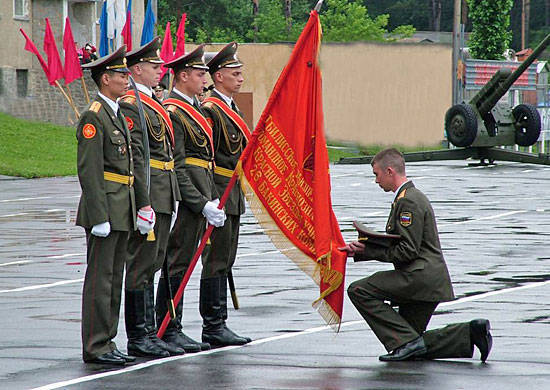 Few people doubt that the current system of military education in Russia is experiencing a severe crisis. It is obvious that those who started this reform of military education do not really understand what they want to get at the exit, and some even consciously ruin the old system, according to the principle “we will destroy the old world to the ground”, and then it will be seen what to do next . In the framework of the "de-Sovietization" of the state.


Although it is clear that military education must be reformed, but for this we need to clearly answer the questions: what kind of army do we need, what is its main goal? If you need a “pocket army” for parades and joint exercises with the “friendly” NATO bloc, then everything is done correctly, we must further “optimize” the army and military education. If the army must meet all the threats of the 21 century: from gangs of neobasmachs and “spirits”, small but well-armed armies of neighboring countries such as the Georgian army, to massive armies of industrial type Turkey and China, high-tech threats from the US and other NATO countries. Both reforms should be aimed at creating at the same time a high-tech army and an army with large trained reserves and mobilization capabilities to counter the potential threat from China. And Europe is only now not ready to conduct serious operations on land fronts. Who can say with 100% confidence that in 5-10 years, against the background of hatred of migrants and nationalist sentiments, there will not be a “neophyteur” to power there?

In Russia, with the help of “military reforms”, the fate of hundreds of thousands of people who were fired in recent years was broken, not only by officers, but also by ensigns and midshipmen. People who linked their fate with the service of the Fatherland. Already the second year, as there is no recruitment in the remaining military universities. And the training system will be adjusted to NATO standards: from this year all military academies will switch to 6-10 monthly training courses. The American (NATO) military education system is based on the fact that a young man after graduating, who decided to devote his life to serving in the US Armed Forces, finishes two-year officer courses, after which he is sent to serve in the troops. As he moves up the career ladder, as he takes a new next step, he takes several months to complete certain courses, for example, the company commander, after which he is in charge of the company command.

In principle, this is not a bad system, but in the US Army, it has been worked out over the years and has developed into a coherent system, then we are only trying to do something, as a result we get another attempt to introduce Western standards in Russia. And what this leads to is perfectly seen from the example of the secondary and higher education of the Russian Federation, it is only further deteriorating. In the US, there is no shortage of officers, young people who want to serve in the army after a civilian university. For this purpose, various kinds of material incentives, benefits, incentives have been created. Being an officer is prestigious.

In our country, this is not prestigious, besides, what kind of education will officers receive in two years of training? Obviously not the highest, in order to complete it, you will have to go to more than one course. But all sorts of kudrins will be satisfied - sheer savings! Military universities have reduced, they have mastered their property, people are dismissed, 5 will not have to learn cadets for years, and they will be much less. True. This is a saving on the security of a power, and it always goes sideways, first of all to the people, who then have to restore the “gaps” of peacetime with their lives.

In this regard, the Soviet system, with all its flaws, which needed to be fixed, and not to destroy everything at once, was much more thoughtful. During Soviet times, the military education system was three-step, or even four-step: Suvorov, Nakhimov schools — military schools — academies of various types of troops — the Academy of the General Staff. The guys after the eighth grade entered the Suvorov and Nakhimov schools, and after them they could be accepted as ready-made cadets into military schools without examinations. After military schools, they received a diploma, which was equal to the diploma of the all-Union model of higher education.

After graduation from military schools, young lieutenants of various specialties received were sent to the appropriate types and types of troops, where they served for the years 7-8. After the officer went to a certain level — usually it was a battalion commander or deputy regiment commander — education had to be continued. Now they have already been sent to study at the Academy, for example: the Military Academy of Radiation, Chemical and Biological Protection and Engineering Troops named after Marshal of the Soviet Union S. K. Timoshenko, founded in 1932 in Kostroma; or the Military Academy. MV Frunze, was founded in 1918 year in Moscow. Military academies of different types of troops trained senior commanders for the USSR Armed Forces, ranging from the level of the regiment commander to the commander of the division. The training went on for three years, after which they returned to the troops. Some of them, who showed the best progress in preparing their units, showed themselves well in “hot spots”, then entered the Academy of the General Staff - established in 1855 year, as the Nikolaev Academy of the General Staff; since 1918, the Academy of the General Staff of the Red Army. The Academy of the General Staff issued for the Armed Forces already the top commanders, the commanders who controlled the corps, the armies, the military districts, became the top leadership of the Armed Forces of the Soviet Union.

The Soviet system, which existed for almost 60 years, and was tested by the Great Patriotic War, has now been completely destroyed. According to reformers, it was not flexible and did not meet the requirements of the new time.

But there are big doubts, but what will they create in return and will they create it? Time passes, and the threats on the planet to our Homeland and the people did not become less, on the contrary, in connection with the general weakening of Russia, the enemies only became more active. In fact, at present, with military education, the situation is catastrophic.

We are in Yandex Zen
A great interview with Sergey Lavrov: about Ukraine, Obama and Iran
What you didn't want to know about England
2 comments
Information
Dear reader, to leave comments on the publication, you must to register.