How the Motherland Begins 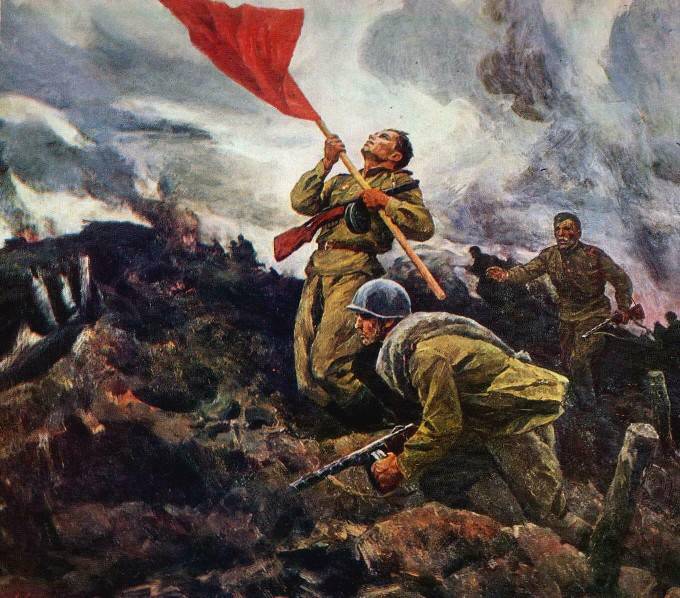 “Where does the Motherland begin?
With smiles and tears of mothers,
From the path the guys traveled
From home to school doors ... "

Unfortunately, today the word "Motherland" is exploited by the authorities in their own interests, and all this is done with the greatest cynicism. How often we hear: we are fighting in Chechnya for the sake of our Motherland; we carry out reforms for the good of the Motherland; we do everything for our homeland. But what does the word “Motherland” mean, which does not leave the lips of high-ranking officials and which is used at every opportunity?

In our life, the concepts of “Motherland” and “State” are closely intertwined, and it seems that today they are synonyms, we say the state - we mean the Motherland, we say the Motherland - we mean the state. All men who reach military age and are fit for health reasons go to the service and in a solemn atmosphere give an oath of allegiance to the motherland. But only those whose parents cannot simply buy their son off from military service go to serve. As a rule, children of modern nouveau riche "military service" are held in expensive foreign hotels, and all the hardships and hardships are experienced in nightclubs. So do we have a different homeland?

It is necessary to recognize that each of us has a truly different homeland! In my concept, Motherland is the place where a person was born, where he took the first step, where he was surrounded by loving people, where he kissed and confessed his love for the first time. These may be completely different geographically, places, but this is what a person remembers all his life, something dear to a person, and something to which he always returns in his thoughts. All these concepts do not always relate to a specific state, so service in the army is not a duty to the Motherland, but a debt to the state. But a completely logical question arises - why should my son protect a state that does not protect him?

A great example when soldiers died for their homeland was the Great Patriotic War. The call-out cry “To the Motherland!” Was not an empty sound, our fathers and grandfathers went into battle for every piece of land and for the memory that German soldiers trampled into the mud with their boots. But then there was another war - Afghanistan. How can one call the death of young soldiers in a distant and completely alien country a war for the Motherland, this is a war for a state that solved its geopolitical tasks. Similarly, the war in Chechnya can be described.

Our government seeks to “reset” relations with the United States and with all its strength wants to be like an overseas monster — paid medicine, paid higher education, and now paid secondary education. As you can see, we only take what is beneficial to the state, so why not take their love from the Americans in their homeland?

Answer only one question - have you ever heard that the US government abandoned its soldiers in trouble or did not defend their soldiers accused of war crimes? So, as an example, we can recall the photographs of American soldiers, taken against the backdrop of the murdered Taliban in Afghanistan. They were published by one of the German newspapers. And what is the result? The American government has made every effort to hush up the scandal, and in the end a few months later no one even remembers. And now as a Russian example история Colonel Budanov, who during the interrogation of a Chechen girl suspected of killing a large number of Russian soldiers, accidentally killed her. As a result, the high command did not believe the officer, but gave him as a sacrifice in the name of friendship with the “great” Chechen people. 10 Jun Budanov was killed, and on the pages of many media you can find the expression: “Motherland betrayed the hero,” but this is a mistake - it was not Motherland who betrayed him, but the state to which Yury Budanov turned for help when he realized that he was being watched.

In today's Russia, in the text of the oath taken by young soldiers, it is necessary to change a few words: Motherland — to the state; the people - the oligarchs (why is that so? Yes, the answer is obvious: in our state everything is done for the benefit of the oligarchs, all laws are for them, so that soldiers should serve only for their sake).
Mark Bernes. "Where does the Motherland begin"

We are in Yandex Zen
A great interview with Sergey Lavrov: about Ukraine, Obama and Iran
What you didn't want to know about England
14 comments
Information
Dear reader, to leave comments on the publication, you must to register.