Ten strategies for manipulation through the media 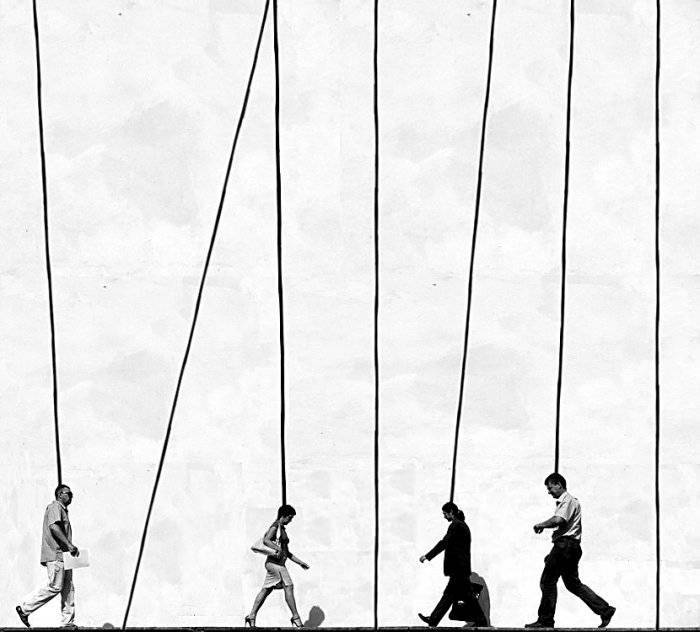 Any normal person communicates with the outside world. Despite the seemingly infinite possibilities, man is still a small part of the “constructed systemic exchange with the external environment: it receives and processes information in strict accordance with the special properties of his psyche. The same fact is described and evaluated by different people in different ways. ” But there are certain regularities in the work of information passage channels - tactile, visual, gustatory, and so on. Not to mention the complexity of life. Each individual picture of the world is combined further with similar, then less similar, - as a result, all people's ideas about the world, rules of existence in it, reaction and belief, etc. form the mass consciousness.

Society basically acquires the features of post-industrial, informational, and since historical the development of mankind is, among other things, a history of the struggle for power, domination, then an analysis of the current situation says that power is usually concentrated in the hands of people who have access to the information field, identifying the inner essence of man and meaningful pictures. Toffler and some other scholars are inclined to such an opinion, and the fact that “from any political revolution, the new regime is primarily captured not by the royal palace and not by the industrial center, but by the media”, says G. Enzensberger, about everything growing these days, the value of the industry of means of influencing consciousness. And we provide several strategies for influencing people's minds.

1. Distraction strategy
The basic element of social mass control is a distraction strategy. This strategy aims to divert the attention of citizens from important problems that are solved by the political and economic elite, using the technology of "flooding" or "flooding" with little information and continuous distraction. Distraction strategy is very necessary in order not to give fellow citizens the opportunity to obtain important information in the field of economics, science, psychology, cybernetics and neurobiology. “Constantly abstract the attention of fellow citizens from current social problems, hold them captive by questions that have no real meaning. The masses must be busy, busy and busy, they should never think, from the field - to the farm, to other animals. ”

2. Create a problem - suggest a solution
This strategy is otherwise referred to as problem-reaction-solution. Thus, a "situation" is created, a problem aimed at causing a certain reaction of fellow citizens in such a way that people themselves are striving to take basic measures. For example, to allow the spiral of violence in localities to unwind, or to organize mass terrorist attacks in order for society to require the adoption of laws that would strengthen security measures, and to pursue policies that would limit civil liberties. You can also initiate the emergence of economic crisis, so that the people accept, as a forced evil, the infringement of social rights and the elimination of state bodies and services.

3. Gradual strategy
In order to introduce unresponsive intentions, you just need to use them gradually, with a certain frequency over several years. It was in this way that a completely new socio-economic model (neoliberalism) was imposed on 80-90-ies: limiting the role of state institutions, privatization, flexibility, insecurity, galloping unemployment, wages that do not ensure decent living. That is, such changes, which, having penetrated, they, at the same time, would inevitably lead to revolution and civil confrontation.

4. Shelving strategy
This is another way to make unpopular decisions. To do this, it is necessary to present these decisions as “necessary and painful” and to get the current consent of the society to implement them in the future. It is quite simple to perceive any losses in the future period than at present. First, due to the fact that these losses will not occur immediately. Secondly, due to the fact that society, for the most part, always hopes that in the future everything will change and become better, and that those sacrifices to which it is called will be avoided. This gives fellow citizens more time to get used to the thought of future changes and to accept them without a murmur at the appointed time.

5. Flirting with the public
Most of the advertising, which is focused on the general public, uses language, arguments, symbols, and especially the intonation of children. Like the viewer is a very small child or has a mental breakdown. The more you want to deceive the recipient, the more infantile the tone of communication. Why? "If your addressee is a person who is like 12 or less years old, then according to perception, with some probability, it will react or respond uncritically - like a child 12 or less years old."

6. More feelings than thinking
The use of the emotional aspect is a classic technology for short-circuiting rational analysis and, finally, critical perception of the individual. In addition, the use of the emotional factor makes it possible to access the subconscious of a person in order to bring there thoughts, fears, desires, fears, coercion, or patterns of behavior ...

7. Keep people in ignorance
Creating a public incapable of understanding technologies and methods for their control and dependence. "The quality of education that is provided to lower social classes should be the most meager and mediocre, so that the distance between higher and lower social classes in the field of education is as large as possible and it is insurmountable."

8. Encourage the public to get involved in mediocrity
To impose on the masses the opinion that in a real society it is fashionable to be ill-mannered, stupid and vulgar ...

9. Strengthen your own guilt
Technologists say that it is necessary to develop such a position that people believe that only they themselves are guilty of their failures due to lack of intelligence, effort or ability. Thanks to this, people feel themselves helpless and scourge themselves, rather than rebel against the economic system. It plunges into a depressive state, effectively contributes to restraining the actions of the individual. But there is no revolution without action!

10. Know about the people more than he about himself
Over the past fifty years, advances in science have led to an increase in the gap between the knowledge of the public and the knowledge of those who belong to the ruling elites. Thanks to biology, applied psychology and neurobiology, the “system” uses advanced knowledge of a person both psychologically and physically. The “system” can better understand the common man than he knows himself. This circumstance means that the “system”, in most cases, has more control and more power over people than people over themselves.
Ctrl Enter

We are in Yandex Zen
The world we leave, the world we enter, and the world between them
Decline of American political institutions ("The American Interest", USA)
3 comments
Information
Dear reader, to leave comments on the publication, you must to register.