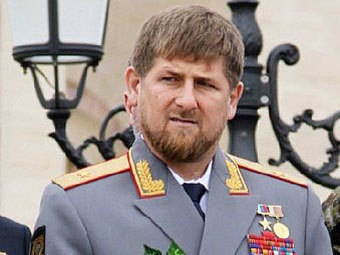 The press service of the head of Chechnya, Ramzan Kadyrov, explained the need to gather information about the Russian military who took part in the counter-terrorist operation by investigating criminal cases of war crimes. All the work of Chechen investigators is carried out within the framework of the law, and we are not talking about obtaining the personal data of all the soldiers and officers who served in the North Caucasus, explained in the press service to the Moskovsky Komsomolets newspaper.


After the murder of former colonel Yuri Budanov, convicted of war crimes, there were reports in the media that the Chechen authorities intend to identify all the soldiers of the regiment he commanded. In particular, it was suggested that the murderers went on the trail of Budanov himself, having received information from law enforcement agencies or special services.

The Free Press publication stated that the Ministry of Defense received thousands of inquiries from Chechnya, which contain demands for the personal data of servicemen to be reported. The brother-soldier Budanov, Colonel Yevgeny Demich, told the Gazeta.Ru publication that his colleague knew that he was being followed. Demich believes that the persecution of the veterans of the Chechen war is due to the fact that the regiment of Budanov caused serious damage to the militants, many of whom have since been amnestied and occupy positions in the power structures of Chechnya.

The ombudsman in Chechnya, Nurdi Nukhazhiyev, for his part, believes that the appearance in the media of information about the actions of Chechen investigators is intended to help the criminals escape punishment. The ombudsman noted that the intensification of the investigation of war crimes is associated with a large number of lawsuits from residents of Chechnya, lost by Russia in the European Court of Human Rights in Strasbourg.

The leak to the Network of documents with requests from Chechen investigators who want to find out information about the military serving in the republic is intended to help the perpetrators of crime escape punishment, said Nurdi Nukhazhiev, the ombudsman in Chechnya, on Monday.

“The official requests of the investigating authorities are not publicly displayed on the Internet for public viewing. No colonel or any other officer would ever have done this if there were no big bosses behind him who gave the go-ahead to this, ”said Nukhazhiev, quoted by the Chechen Ombudsman’s press service, Interfax reports.

In his opinion, “the so-called leakage of information from the investigating authorities, i.e. the publication of their official requests in the framework of the investigation of serious crimes committed against civilians is a signal for the participants and accomplices of these crimes to disappear. ”

Earlier in RuNet there were scans of several requests in which the TFR system for the Chechen Republic requests information from the Ministry of Defense about units and personalities of soldiers who fought in Chechnya. The need for such information is motivated by investigating the circumstances of certain incidents.

Meanwhile, as Nukhazhiev claims, there is nothing sensational about the fact that the Investigative Committee of the Russian Federation for the Chechen Republic in investigating criminal cases of abductions and forcible evasion of people, of serious crimes committed by servicemen against civilians, makes official requests to the relevant authorities.

“These are ordinary investigative actions and requirements of the criminal procedure code of the Russian Federation in the investigation of crimes. How can, for example, establish the whereabouts of people abducted and disappeared during the KTO in the republic, if not interrogating at least witnesses, if not the participants of their forced removal, abduction? ”, The Ombudsman notes.

According to him, “it is not only about punishing the perpetrators of crimes, but also about establishing the location of more than 5 thousands of Russian citizens, residents of the Chechen Republic”. “Relatives of these people still hope to learn something about the fate of their loved ones, and almost every day they come to our office, hoping to hear at least some news to solve this problem, ”explains Nukhazhiev.

“Meanwhile, criminal cases initiated on the facts of abduction and forced removal of people during the period of the CTO, are closed with the wording“ due to the impossibility of identifying those involved in the crime. ” Ie, the investigating authorities during all these years cannot identify the people involved in the abduction, although in many cases the names are known, the radio call signs of those who took these people, the numbers of armored vehicles on which they were taken away, the military units to which they belonged “- said the Chechen ombudsman.

“There are irrefutable facts proving participation of federal troops in many crimes,” he stresses.

Nukhazhiev recalls that “he repeatedly addressed the issue of the inaction of the investigating authorities in investigating crimes committed by military personnel against the civilian population during two military campaigns in the Chechen Republic to all competent federal authorities, as well as to Russian President Dmitry Medvedev.”

According to Nukhazhiev, история with the appearance on the Internet of official inquiries of the investigative committee, it once again confirms the unwillingness of interested persons and law enforcement agencies to investigate the gravest crimes committed against the civilian population in Chechnya.

“We once again come to the conclusion that the law does not work in our country both in relation to military personnel who have committed crimes against the civilian population, and in relation to the victims. This explains the stubborn opposition that we encounter in response to all our attempts to solve the problem of abducted and missing citizens, ”the Chechen Ombudsman says.

Recently, reports that investigators from Chechnya are trying to get information about the servicemen who participated in the counter-terrorist operation in the North Caucasus have already responded to the press service of the head and government of Chechnya.

“Nothing new happens. Over the course of many years, various criminal cases related to the crimes committed against the civilian population have been investigated by the investigating authorities. In order to resolve the issue of the responsibility of the guilty or to close these criminal cases, the investigators are forced to request certain information. However, this is in no way connected with the desire to get any personal data of military personnel only because they served in the North Caucasus, ”the press service of 18 June said.

We are in Yandex Zen
The action “Military service under the contract is your choice!” In Rostov-on-Don: future contract servicemen, exhibitions and “Russian Knights”
Killed by colonel Budanov
31 comment
Information
Dear reader, to leave comments on the publication, you must to register.