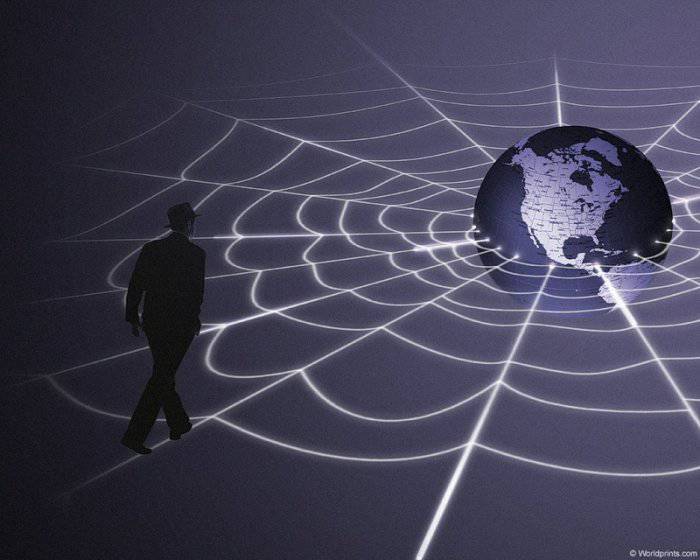 New opportunities for building fundamentally different communicative control systems of mass behavior, which allows to reduce the use of force and coercion. New behaviors can be placed directly in the content of the media, the experience of using films and TV series for this purpose is quite large.

We exaggerate the results of our (and not our) innovations. This can be understood: it is they who are in the field of our attention, it is about them that everyone speaks. Charles Leadbitter rightly asked if the Internet helps in solving today's problems. If you think the answer is no. It can be added here that the Internet has even preserved the ratio of those who write with those who only read. That is, in our head, the Internet is recorded as a situation where all authors become authors, and this actually turns out to be a myth.

The Internet is an access to informational diversity. But this is a very superficial variety, which seems so because of the abundance of sources. We can say that we have a superficial understanding in contrast to the deep, belonging to book forms. The Internet can be compared to working with annotations, and not with the texts themselves.

Nicholas Carr and others have demonstrated the following features of Internet perception of information and the possible consequences of this:
- No more than the first two pages of the text are read,
- Quick transition to other sites (several dozen per hour),
- As a result, the modern Internet reader does not know how to single out the main text from the text.

Another myth that we stopped paying attention to is that all omnipotent content generators (and at all times) actually work on turning away from the realities of our own life. Entertaining television or watching a sport in any case excludes a person from the physical world in which she lives, leaving for long daily hours in the information or virtual world. We live in a world of real rain, but virtual umbrellas that can not always help in our lives.

The US military says they have the opportunity to restore the Internet when some dictators try to disconnect their countries from the network. This is a consequence of the revolutions in Arab countries, when there was a disconnection of the Internet and mobile communications in order to stop the spread of dangerous information. That is, this new type of censorship looks like the closure of the entire library, so as not to allow using one magazine with revolutionary appeals. But the military, in response, say that the work of the library will still be restored.

Russian publicist Sergei Pereslegin believes that the Internet came before its evolutionary term: “Rabfak named Intelfak, which appeared on the Internet by itself, provided people with some methods without content. If the soldiers of the 17 revolution would take over Pushkin’s texts and participated in the evenings in the literary courts of Belinsky to enrich themselves with the culture they were deprived of class and become the elite of the new world, today the network is not an accessible data bank developed by humanity but a heap of reflections by incompetent postmodernists on this knowledge. Robfakovtsy wanted to learn. It was fashionable to study, to receive effective specialties for transforming the world into the realm of freedom, equality, fraternity. Today, the network is a journey, a quest, emotional noise and the parasitic existence of knights of imagination with a mouse in hand. ”

As you can see, above we talked about the shallow nature of Internet knowledge, if only because copyright laws do not give the right to place books there. And Pereslegin adds to this the base interests of the Internet users themselves. In the system of "knowledge - entertainment" they went in the direction of entertainment, not knowledge.

John Arquilla is the most famous information operations theorist. He emphasizes that now there is no clear understanding of these processes, therefore he draws attention to historical examples. In the XIX century during the capture of France by Spain. He considers in this context the experience of General Suchet, who managed to stop the partisan struggle. One of his first steps was to restore the local government of the Spaniards. He also began to build hospitals, orphanages, and schools. He turned to people with the French ideas of freedom, brotherhood and equality. As a result, French soldiers could walk unarmed among the local population.

All these are communications, but of a different type. Building a hospital or school plays the role of a text that has a clear reading. It is also possible that he has the ability to block negative interpretations, translating them to at least neutral ones.

One of the advisers of the French government, Olivier Ulle, called some features of our thinking. Although our brain is not biologically functioning according to the dichotomous scheme, it is easier to think binary, so we try to categorize everything exactly like this: success is failure, cooperation is competition, rational is irrational. Even in the case of a complex reality, we try to think in polar units. Another feature of our thinking - we are trying to rely on intuition. When we get confirmation of our point of view, it is enhanced, and other information is discarded.

Ulle looks from this angle on the Greek demonstrations. He believes, in contrast to others, that 50 thousands of demonstrators are, on the contrary, not so much for the 11 million population.

Ulle also analyzes the capabilities of neuroscience to recognize lies in the framework of the war on terror. By the way, the British government pays one and a half million dollars to a mobile operator to store call information for a year. The application of such methods, not only in the war on terror, but also in legal procedures or in hiring, will cause serious ethical concerns.

Neuroimaging has demonstrated that the rational and emotional parts of the brain are constantly exchanging information. Therefore, Ulle uses to describe this situation his own term of rationalism. For purely biological it is impossible to make a clear separation. Finally, he comes to this conclusion: “The main idea is to stop believing that we can pursue public policy and especially health care on the basis of the fact that we are dealing with rational economic entities. We are dealing with people who have emotions, psychological prejudices, and we need to understand them better. To do this, we are trying to implement this rather multidisciplinary approach to decision making, using the results of psychology, sociology, social psychology and marketing, which we are trying to combine, if I may say so, in the light of the new knowledge of the brain sciences. ”

Ulle says that it’s not information, for example, when it comes to smoking. If this were so, the doctors would not smoke, because they have full information. Therefore, it is impossible to work in the field of public policy on the basis of ideas that we are dealing with rational persons.
American professor Richard Thaler, in an interview with New Yorker magazine, says that only the next generation of economists will be open to alternative models of human behavior and will be less confident that markets work beautifully. By the way, this is exactly what economically is pushing us towards, whereas the best economists are already leaving this one.

Actually Thaler proposes to use nudges, creating an appropriate selection architecture. It may be in the physical space, for example, changing the arrangement of dishes in the school cafeteria consumes healthy food by 25%. It can be in the information environment, as it happens with the fight against smoking. It can be in a virtual environment, when the consumer is affected by an introduction to the average alcohol consumption in his area.

Another common principle is the transfer of the solution from the reflex to the automatic system.

In one of his interviews Thaler stressed that he does not see an increase in the role of the government. The government makes a decision; it should push the population. And it should do this efficiently and transparently. If it does not, it should be replaced.

The British government unit for behavioral insight, which is unofficially called the “pushing unit”, released the 2011 study “Best Choice, Best Deal” in April. They want to use the Internet to give consumers more information. This is important because consumer spending (and this is 910 000 000 000 pounds in 2010) is half the gross national product of the United Kingdom. At the same time, according to the European Commission, although two thirds of British citizens feel confident and have knowledge when making a purchase decision, the real behavior of the buyer shows a significantly lower level of this confidence. In reality, people have little time, desire, or cognitive resources to make the right choice.

As we see, the state wants to build new relations with its citizens on the basis of pushing, as the governments of Britain, France and the USA do. Business does the same with consumers. Politics also adopted a new communication strategy called “microtargeting”, which was first used in full in George Bush’s election at 2004, Mr. Matthew Dowd, who worked in this campaign as the main strategic consultant and introduced it into his work, the book is a life targeting, bearing in mind that the main component determining a person’s choice is his life style. This was said to be a counterbalance to the collection of information on previous human votes. That is, here we have new communicative principles of the profession.

Another British government document is called “Communication and Behavioral Change”. It is difficult for us to imagine that such units and such documents may even appear. For our governments have never done this. The document identifies four possible tasks associated with various behavioral modification options:

- Start a new behavior,
- Stop that which has destructive power,
- To allow the adoption of negative behavior,
- Modify or modify current behavior.

This is what the government deals with every day, when it is not only busy with macroeconomic indicators, as is the case with us.

The starting point for creating effective communications is a profound understanding of human behavior and how it can be changed. Interestingly, all this is one group of academic scientists who collaborate with governments of different countries. As a result, both Britain, France, and the United States created the relevant government units, which began their invisible work.

The system of pushing or other new communication strategies opens up new opportunities for building fundamentally different communication systems for controlling mass behavior, which allows to reduce the use of force and coercion. New behaviors can be placed directly in the content of the media, the experience of using films and TV series for this purpose is quite large. This is all a variant of the background content, which we do not even notice. And what is introduced imperceptibly, by definition, can not cause resistance.
Ctrl Enter