Russia without own tanks 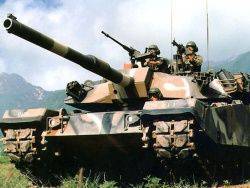 Unlike other countries in Russia, they refused to create a new tank; On April 7, 2010, Vladimir Popovkin, Deputy Minister of Defense - Head of Armaments of the Armed Forces of the Russian Federation, announced the termination of financing for the development of the T-95 tank and the closure of the project. No country in the world has not abandoned tanks. America, Israel, Germany, France, continue to develop and improve them. Tanks are in service with many countries and are considered a pretty weighty argument in a serious dispute between countries.

If we think that tank battles are not foreseen in the foreseeable future, and therefore tanks have outlived their day and they have no prospects, then yes, a lot of things can be written off as scrap metal. The Ministry of Defense has closed the topic of the promising T-95 tank and will not order a combat tank support vehicle (BMPT), and our main T-90 tanks will be purchased in limited quantities.

In general, Russia is increasingly beginning to buy weapons abroad. It is unpleasant to hear that we can’t create drones, that we buy helicopter carriers, now it’s the turn for the tanks. So I want to ask, and we can create something other than waste? We have forks and spoons from China! Smelt a spoon can not?

After all, it is clear to everyone that the equipment supplied to another, foreign country is not quite full-fledged, it is limited in a number of parameters, so that it does not happen that this, modern weapon, will be directed against the country that produces and sells it. The armament developer has the same tank faster and stronger and smarter.

How will we fight and repel aggression in the event of an attack if we begin to abandon our designs? Is there a more promising development? Maybe fighting robots? Apparently, it is necessary to fight against enemy tanks with sapper blades. It has long been known that the most terrible troops in Russia are the construction battalion, they are not even given weapons.

Of course, it can be assumed that it is unlikely that anyone will attack a nuclear power, a nuclear weapon is a weapon of deterrence, but, unfortunately, not a defense. You will not throw nuclear bombs in the native Russian fields, and you will not begin to fire at enemy forces with nuclear missiles. Then how to repel aggression if there are no armored vehicles?

I remember there were military exercises in Estonia. But they do not have their own tanks, and in order to get out of the predicament, they lent the T-55 tank from Latvia for conducting "serious" military exercises. Even there they realize that tanks are important and necessary.

In Estonia, the possibility of equipping an army with tanks and other heavy equipment has long been discussed. However, the country's military leadership rejected such initiatives, although Poland offered several T-55 tanks that did not meet NATO standards.

But to return. We abandon what cannot be abandoned. If we do not have our own military equipment, then it will have to be purchased abroad, to pay money to other countries, other scientists, engineers, workers. their orders to raise the economy of foreign countries. And this technique will not be completely advanced and perfect.

Let them fall behind, let the difficulties, but admit that they cannot lose. To retreat is to be defeated!

At all times, Russian science is on top. We invented a great medium tank in the world, our tank, our T-34. Due to its fighting qualities, the T-34 was recognized by a number of specialists as the best medium tank of the Second World War. We do not need millions of tanks, let them be 2000, but it will be modern, powerful representing a serious force with a strong argument of reliability, armor, weapons, intelligence.