The failure of the project "Ukraine" is inevitable 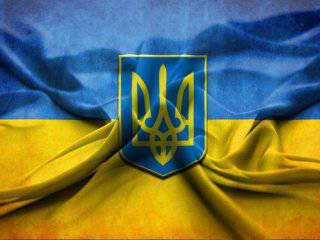 The Ukraine project is collapsing, which is understandable - the world does not tolerate artificial formations, they will be destroyed sooner or later. For two decades of independence, Ukraine has noticeably lagged behind Russia and Kazakhstan in terms of the average standard of living of people. And Ukraine, too, experienced the first wave of the global crisis much harder than other major CIS countries. And then with considerable help from Russia and the West, otherwise Kiev could have become bankrupt even then. It is clear that without major changes, the Ukrainian statehood can not survive the second wave of the global crisis, now the Ukrainian authorities want significant concessions in the "gas issue", reducing social programs.


Thus, the average dollar-equivalent salary in Ukraine in 2010 was 282 in the US dollar, which is a third less than in Belarus, and about two and a half times less than in Russia. Even 20 years ago, the political elite, and indeed a significant part of the population of Ukraine, had rather rosy moods: they had powerful industry, developed agriculture, fertile lands, strong science and education, huge reserves weapons (which is still being sold out in African countries), etc. It seemed that Ukraine had a chance to become one of the developed countries of Europe, at least in line with Poland and the Czech Republic. But already in 90, it became clear that this is an illusion - dreams of “European integration” are another myth imposed by the intelligentsia, a part of the people and led to a catastrophe that could end with the collapse of Little Russia into even more flawed parts or their absorption by stronger neighbors. 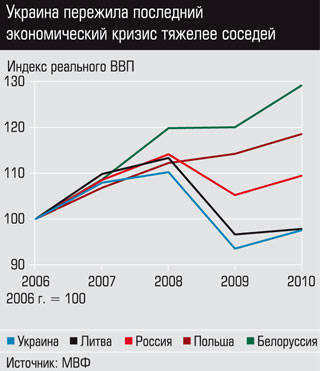 Ukraine is just negative in multiple degrees, compared with the Russian Federation: a sharp decline in living standards forces Ukrainians to go to work in the EU countries (as well as residents of the Baltic countries) or to Russia so unloved by the Ukrainian Nazis. The society is permeated with the most powerful corruption, social inequality, people's distrust of all state and public institutions, constant internal political tensions, which threaten a new “color revolution”. So, even before the global financial and economic crisis in the 2007 year, according to a poll by the Pew Research Center, only 9% of the country's citizens were confident that Ukraine was moving in the right direction. Research & Branding Group from 1 to 9 in March 2011 conducted a opinion poll - according to it, if referendums on preserving the Soviet Union and supporting the Act of Independence of Ukraine were held today, then 47% of Ukrainian citizens would support the preservation of the Union, in the southeast of these it would be 61%; For 43%, the disappearance of the USSR is "the largest geopolitical catastrophe of the twentieth century."

Even in the 2007 year, the most prosperous year in the 20 years of independence, the level of production and consumption was lower than in recent years as part of the Soviet Union. Economic activity in 2009 fell by 15%, industrial production - by about 25%, the currency was devalued by almost half. If a miracle happens and the world crisis subsides, which is practically impossible, Ukraine will need at least 3-4 years to reach the pre-crisis level of production and consumption.

In Kiev, among the mass of problems, there are two outstanding: the oil and gas monopoly Naftogaz of Ukraine and the Pension Fund. In 2010, subsidies to Naftogaz from the country's budget exceeded health expenditures; to cover the deficit of the Pension Fund exceeded the expenditures of all law enforcement agencies of the state, plus more expenditures on education, science and sport. For these purposes in the 2010 year, the state budget allocated about 7% of GDP - one fifth of all tax revenues. In addition, gas prices are not going to fall, and the population of Ukraine is dying out and is rapidly aging. True, Kiev is trying to solve the problem, for example, the government of Y.Timoshenko, and then N.Azarov, signed agreements with the IMF on the growth of the price of gas for heating and for domestic use. Since April, 2011 has planned to raise them by 50%, but they did not dare - due to a possible social revolution, there are many political opponents who can use the anger of the people to their advantage. 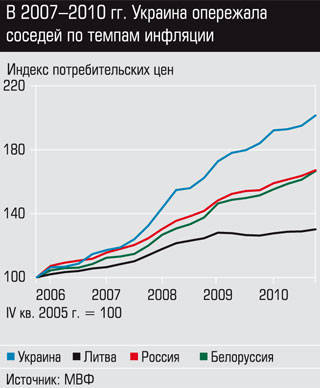 They cannot solve the issue with pensions either, in principle, this is an unsolvable issue - it is necessary to launch another wave of impoverishment of the population, which is also fraught with even greater social tensions. For example, the treasury spends on pensions up to 18% of Ukraine’s GDP, this is one of the highest rates among the countries of the world (for comparison, Russia is 10% of GDP, which is also very much). But, even worse, if nothing is changed, then soon, due to extremely negative demographic trends, this indicator can reach a quarter of GDP in a decade or two. With the need for pension reform, the government of Tymoshenko agreed back in 2009 year. The government of N.Azarov promised the West to adopt a relevant law before the end of 2010 of the year. But it could not.

It should also be added that the producing south-eastern regions have to contain the depressed Galicia and the center. As a result, the economic collapse, and behind it, the political is inevitable, and then the collapse of Ukraine.

In the area of ​​power: corruption from top officials to the lowest level; fighting clans and groups; the weakness of the central government, pure oligarchic “democracy”, with its backstage system of “checks and balances”, shadow agreements.

The result: a complete failure of the idea of ​​"Square". Before the collapse of the Union in Ukraine, separatism was propagated, where household and economic arguments were cited - they say, the center (Muscovites) are taking more from Ukraine than we produce. And as soon as Ukrainians get rid of this injustice, then life will be carefree and rich, Ukraine will join the family of well-fed and rich European nations. An ordinary consumer myth, by the way, this card was played out in the RSFSR too, they say, we don’t need to feed Central Asia, the Caucasus, the Baltics — we separate and “live like people”. If other people were sitting in Moscow, they would have long ago taken advantage of Russophile sentiments of a significant part of the citizens of Ukraine, and the process of restoring the unity of the Russian world would have advanced much better.

Then other myths were created that also turned out to be a complete linden — myths about European integration; about the eternal "oppression of the Ukrainians" by Moscow; recently created the myth of the "famine of the Ukrainians"; the hardest thing was to introduce the myth of the “heroism” of the Bandera gangsters - the south-east of Ukraine was not led to it. As a result, if we discard a lot of myths, it remains that the people are robbed, and a handful of oligarchs are eating with puppets-politicians. Plus, the satisfied elites of the Western world - Russia is split, all its parts are dying out, the main geopolitical competitor on the planet "lies".

Is there a way out?

First, we need to understand that the West, Europe, and Ukraine do not need, they themselves have a severe crisis, and whether they will creep out of it is a big question. And in what form? It is quite possible that we will see the realization of the images of science fiction novels - with the Euro-evolution scenario, where the southern countries will be “left out” to the agrarian provinces and recreation areas, with an appropriate level of consumption. And the north will be the industrial, scientific core. The “European way” of Ukraine is a mirage ...

Secondly, it should be clearly understood that the “dead end” of the “Ukraine” project is the same dead end as in Russia and Belarus, as well as the “European way” of Russia. The Russian Empire has already died in this impasse. Therefore, the only correct, “direct” path of Little Russia, Great Russia, White Russia is a single power, with its own, non-European and non-Chinese, global and domestic policy.

Otherwise, we will see the collapse of Ukraine, and, if Great Russia stands, it will regain at least part of Little Russia, the remaining fragments will be polonization, Romanization and further degradation. Any Nazism is the way of the beast, which proves the example of the Reich.

We are in Yandex Zen
What we lost
List of destroyed the largest and most high-tech enterprises
263 comments
Information
Dear reader, to leave comments on the publication, you must to register.