Syria is waiting for a massacre 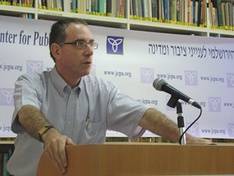 The Assad regime succeeded in taking the rebel Jisr al-Shugur in northwestern Syria. The author of the books on Syria, the dean of the Faculty of Humanities, the head of the department of modern stories Middle East Tel Aviv University (Israel) Yaal Zisser (Eyal Zisser).


- What exactly happened in Jisr ash-Shugur?

- On Monday, after a short confrontation, the army entered the city and took control of it. Local people fled to neighboring Turkey. As you know, this was not the only uprising in the country, but it was here that it turned into an armed clash between the regime forces and local residents, who even managed to kill several security personnel.

Jisr al-Shugur occupies a strategically important position - it is located almost on the border with Turkey. Damascus was extremely important to take control of the situation, because in the capital they were afraid that Turkey could take advantage of the situation. The protesters began to use non-peaceful methods of protest in the city, located near Turkey, and the regime decided that it was necessary to urgently enter the army.

- Damascus stated that this is a terrorist uprising. The local population said that this was not the case, and that part of the security forces had gone over to the side of the protesters and opposed their bosses. Which version to believe?

- I dont know. It must be understood that in Syria, protests are very often accompanied by violence, because the regime is very cruel. Demonstrations against Assad are not the same as demonstrations against Obama or any other leader of a democratic country. This is not even a demonstration against the head of a soft authoritarian regime. Moreover, it is not just protests, it is a struggle for power, because in case of defeat, Asad may lose it. In non-democratic countries, it is enough to enter the army into the city - and you won, which was done. That is why the clashes in the country are often bloody.

Jisr al-Shugur has a long tradition of uprisings against the regime. So, in the 80 of the last century, this city was an important center of the Muslim Brotherhood uprising. Jisr ash-Shugur is known for Sunni radicalism. I would not say that in this case the rebels were Islamist terrorists, but it is obvious that this played a role in the organization and development of the protest.

- Can we say that after the regime in Damascus began to take this city, the situation in Syria will evolve according to the following scenario: there will be more uprisings, they will be revolutionary, and the regime will become more repressive, trying to force them down ?

- Yes it is. At the same time, it must be understood that the taking of Jisr al-Shugur is not the end of the Assad regime. This regime continues to enjoy the support of fairly broad groups of people. I think it will be a long and bloody struggle.

- What will be the reaction of the international community to the events in Syria? Can Syria become a second Libya?

- The international community supports only those rebels who have managed to turn into a fairly strong movement. It does not intervene when the situation is limited to people protesting and the police opened fire on them. Only when demonstrators are strong enough to, for example, seize a part of a country, can the international community intervene. No one wants to take part in the carnage.
The pressure on the Assad regime, of course, will continue. However, Syria is still supported by countries such as Russia, China, so there is also no single position here.

- There was a time when it seemed that Bashar Asad could take the path of reform, and the country would manage to avoid civil war. Why didn't this happen?

“Because this kind of regime does not change.” Any changes will be the beginning of the end of the regime. It is as if the Communist Party of the USSR began to reform itself. The Ba'ath Party is very similar to the Communist Party of the USSR — in fact, the Ba'athists simply copied the communist model. In addition, in Syria there is also a religious factor. Asad belongs to the Alawites, and any concessions to other groups can also be the beginning of the end. So this mode, in principle, could not change.

We are in Yandex Zen
What you didn't want to know about England
How can Russia survive and win in the 21st century?
4 comments
Information
Dear reader, to leave comments on the publication, you must to register.