Combat identification systems of coalition forces. Is the process going? (Part of 2)


Joint operations are politically desirable and, in many cases, necessary for operational reasons, but the lack of allied and partner military identification can hinder the serious and effective use of coalition forces and also contribute to fratricide. A further complication of this situation is the unpredictability of the exact structure of the future coalition forces and a very short period of preparatory period before the troops use such systems.

For this reason, combat identification is one of the priorities of NATO. The strategy is to develop priority goals and objectives, as well as ways and means to apply new opportunities. The key to effectively achieving allied interaction opportunities is coordination and collaboration in the development of standards; ensuring interaction; synchronization of the application of new features and the development of comparable tactics, methods and procedures. 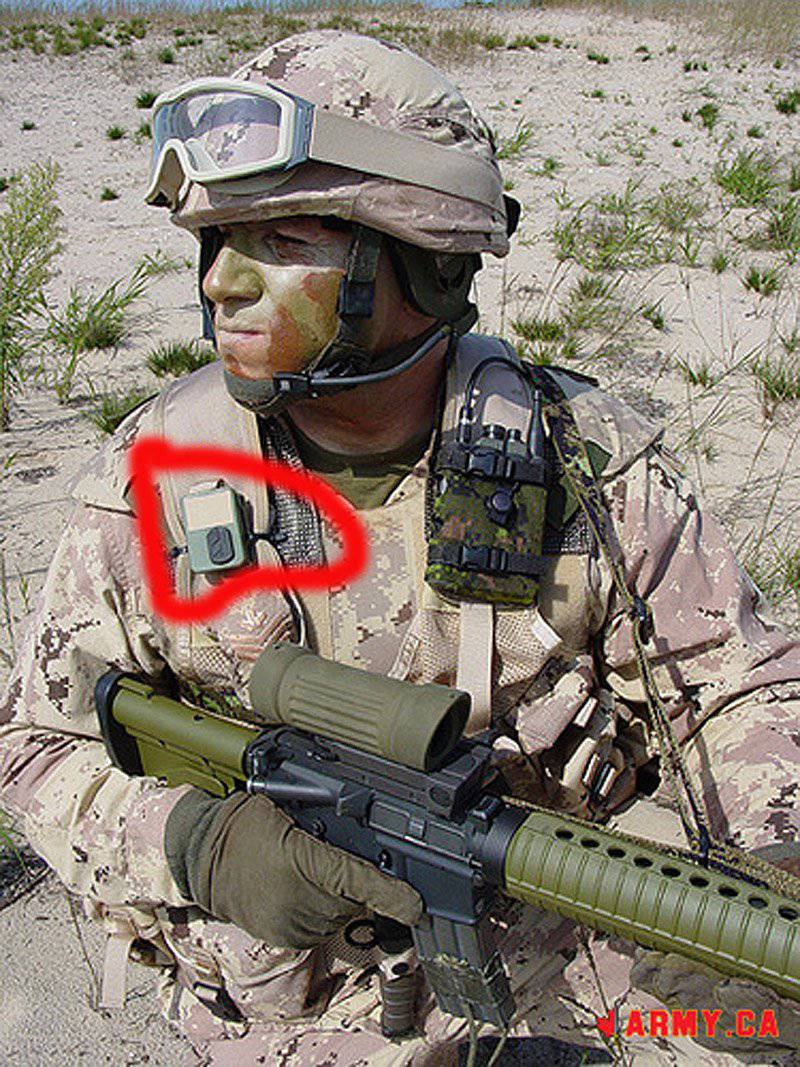 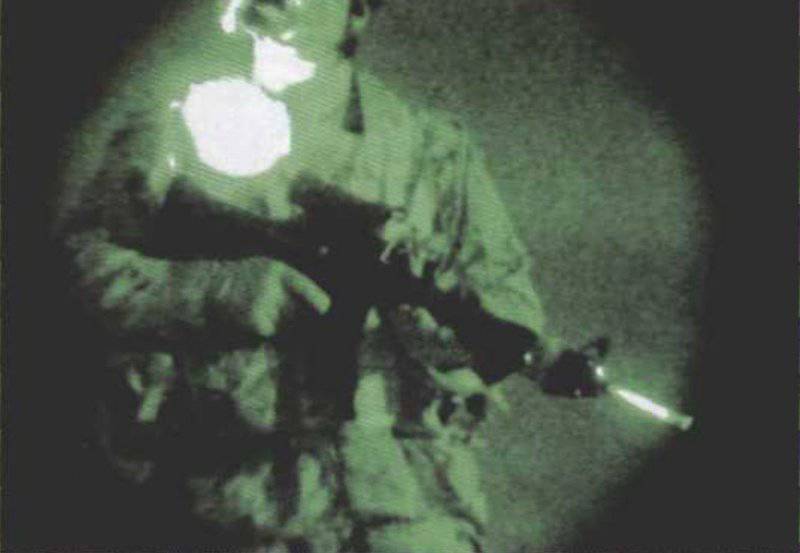 A Canadian soldier shows the wearing of an individual IR beacon, which serves as an identifier during a night battle.

According to the working agreements, the CIWG formulated the NATO Headquarters Requirements for Combat Target Identification (BTID), and the corresponding technical group developed STANAG 4579, which defines the system for meeting these requirements based on requests and responses in the KA-band. The team is currently coordinating BTID technical tests carried out within the framework of the ACTD and is working on a standard for identifying a dismounted soldier.

Coalition Combat Identification (CCID) as part of the ACTD (Advanced Concept Technology Demonstration) Demonstration began in 2001 to demonstrate and evaluate existing and emerging combat identification solutions and related Tactics, Methods and Procedures (TMP) for air-to-ground tasks (support for helicopters and near aviation) and land-to-land (dismounted personnel and vehicles) in support of joint allied and coalition operations. The goal is to significantly reduce fratricide and increase the combat effectiveness of American and allied forces operating within the framework of traditional alliances (for example, NATO) and “special” coalition forces, while at the same time helping to accelerate the production and deployment of systems in the US and NATO forces and stimulate additional work among other allies. The US Army Joint Capability Development Directorate is the executive body of CCID ACTD.

The CCID currently appears as a family of interconnected systems rather than a single product or technology. ACTD will test technology, doctrine and TMP under the most realistic combat conditions, including urban operations and joint / joint operational concepts. The demonstration will include the necessary series of system integration, technical tests, simulation and field tests, which will allow to transfer these systems directly into the hands of the fighters for the final assessment of combat use.

The two main concepts, assessed in the framework of ground-to-ground operations, are the Identification of a Hacked Soldier and the BTID device for identifying the Millimeter Range Goals. For air-to-ground actions, the ACTD evaluates radar combat identification for helicopters, as well as advanced observers.

An important difference exists between the so-called unified and non-unified systems. Unified systems require requests and responses between two Devices, while non-interconnected systems are specific components of the system, which allows for quick identification. Distinguishing marks on military aircraft and vehicles are an early form of unattached combat identification, while special panels installed in the BBM created using a special technology will create a unique signature visible through thermal imagers.

In parallel, the Supreme Allied Command for Transformation of NATO (SACT) is leading the development of a prototype training system that has the potential to provide NATO soldiers with modern training systems for recognizing combat vehicles, aircraft and weapons systems. The prototype, called the NATO Combat Identification Training System (CITS), is being developed by a concept development and experimentation team based at SACT headquarters in Norfolk, Virginia. Aircraft crews and troops will be displayed on “multi-faceted” images obtained at NATO equipment through a wide range of storage media, including digital photos, computer imaging devices, movies, night photos, and images from thermal imagers.

Main components of the BTID system 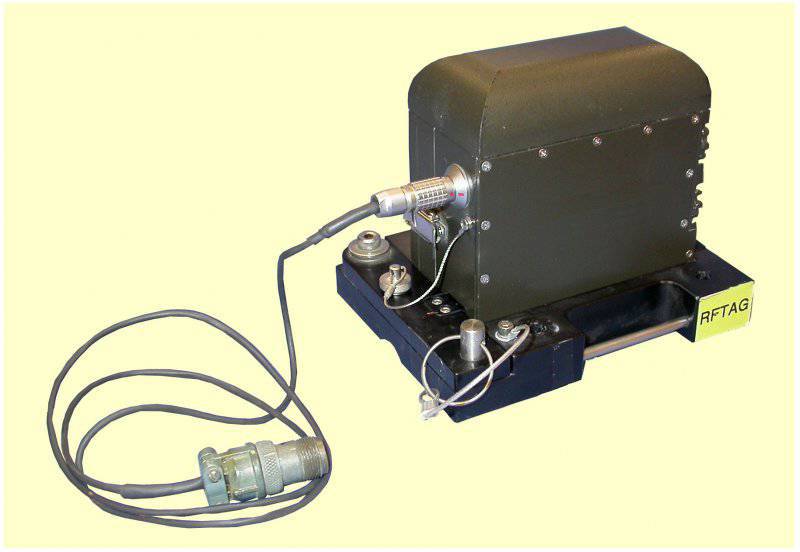 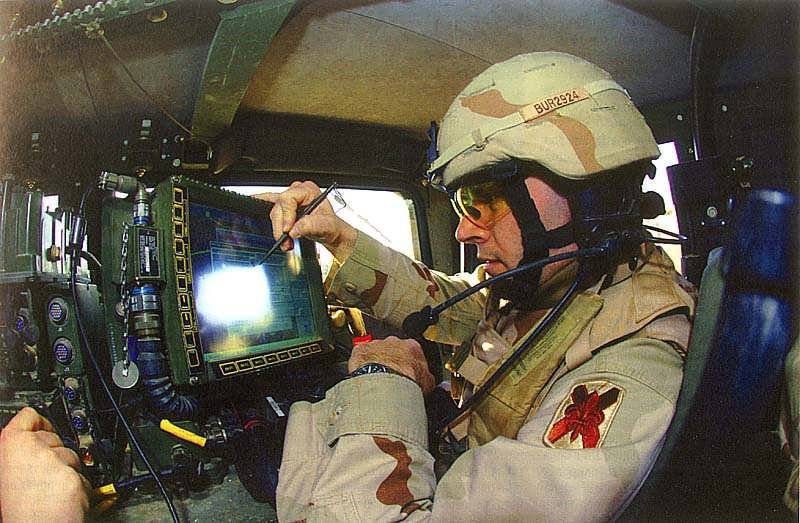 The operational fire support center (ASOC) installed on the machine was used during the Bold Quest Plus exercise (Bold Quest Plus) in July 2008.

Progress made during the “Quest” exercise

The result of NATO’s efforts to identify a co-operative identification system is being gradually evaluated in the Quest exercise series.

The assessed technologies provide for joint combat identification (CTI) capabilities, allowing ground forces and pilots to identify their forces through inquiries / responses. At the end of Urgent Quest, a coalition assessment of military use was developed, which was presented to those officials who are responsible for decision-making in the US and coalition forces with the recommendation that they focus on two of the four key technologies of ACTD, namely BTID and RBCI. This recommendation was reviewed and led to an agreement between the ground forces - the US, British troops and the US Marine Corps - to follow the ground combat identification systems based on these technologies.

Due to the great progress in combat identification achieved during the “Urgent Quest”, it was decided to expand the CCID ACTD for the “Bold Quest”. Bold Quest was the only military demonstration of the so-called CCID ACTD Expansion conducted by 7 - 19 on September 2007 of the year at Fort Irwin National Training Center and at Nellis airbase. The exercises focused on air-to-ground operations, 16 joint and incompatible combat identification technologies involving eight NATO countries / coalition forces in Afghanistan (Australia, Belgium, Canada, France, Germany, the Netherlands, Sweden and Britain) and all four were tested. arms of the US plus SOCOM. For the first time, Bold Quest provided the opportunity to promote situational awareness from ground systems to the cabin of short-range air support aircraft.

The fratricide prevention activities of the Bold Quest plans included:
- Demonstration of non-interconnected air-to-ground technologies using the Laser Laser Target Imaging Program (LTIP) laser imaging of targets and recognition using synthetic aperture radar (SAR / ATR);
- Different shows of the joint ground-ground technology of coalition forces, including: BTID, RBCI, situational awareness based on radio stations (RBSA) and Mode S;
- Display only coalition technology in Mode 5 / S (reversible);
- Consideration of the CITS (Combat Identification Training System) on the recognition of combat vehicles;
- Ground based situational awareness shared by the US and coalition forces;
- Situational awareness leading from individual systems through FBCB2 in order to popularize the Link 16 network;
- The picture of the ground situational awareness studied in the NTC and in the joint control center of aviation operations at Nellis airbase;
- Expanded work with the US and coalition forces on digital operations and near-air support techniques.

Another Bold Quest Plus exercise was held on 18 - 25 on July 2008 of the Eglin airbase in Florida as part of an extended customer assessment and consisted of additional system testing and updating tactics, methods and processes using various air-to-ground combat identification technologies. Like the Bold Quest, the Bold Quest Plus exercises focused on air-to-ground combat identification, although auxiliary ground targets were also tested. In addition to US forces, units from Canada and the United Kingdom participated in the exercises, while representatives from Australia, Denmark, France and Germany watched the exercises.

Coalition combat identification technologies tested during this ACTD demonstration included: BTID, Battle Identification Server, Airborne Assistance System of the Combat Aviation Control Unit, Target Position Transmission System, Air Support Operations Center Gateway, Air Tracking Operations Equipment and Equipment advanced observer. The combat identification server provides the pilot with on-demand query capabilities in order to obtain information about the location of his troops. The pilot can initiate a request for the location of his forces from the Battle Identification Server located on the ground and receive real-time situational information in the cockpit, where he can quickly check the location of his troops in the area of ​​interest, which will more effectively respond to the request of the commander on the ground about air support.