Combat identification systems of coalition forces. Is the process going? (Part of 3)

19 2014 June
2
Identification as a key issue. Her opportunities for the modern fighter


Finding ways to reduce fratricide has been a key military and political issue for more than a decade. However, in the triad of combat identification by tactics, methods and procedures, situational awareness and identification, situational awareness and the search for reliable identification of “friend or foe” received the lion's share of financial and technological resources. Although the prevention of fratricide has become a key driver, the reality is that most of the “contacts” do not lead to combat fights, rather, they generate the passage of information that affects the process of operational decision-making. Failure of identification leads to inaccurate reports and ultimately to a decrease in combat effectiveness. Identification errors are rarely corrected. Identification contributes to operational efficiency through more accurate reporting, and reducing fratricide should be given. But for many countries, individual experience in the field of identification and its formation remains a poorly organized process within such a triad.

The UK Department of Defense has sponsored QinetiQ research, which has shown that very rarely is the only cause of fratricide. Rather, it is a combination of contributing factors, most of which have their sources, but not in technological and doctrinal failures, but rather in human errors. A person is a weak link in the chain, and the study showed that behind a significant number of cases of fratricides, when the shooter must make a very important decision to “shoot / not shoot”, there were failures in recognition. Good examples, the killing of American BLACK HAWK helicopters by American F-15 fighters, the A-10 attack, which killed Corporal Matty Null, and the defeat of one tank Challenger to others in the suburbs of Basra - they all had identification problems as the main reason. Therefore, technology should focus on enhancing the role of man through more effective combat training in identification.

Models on a smaller scale, slide shows, silhouettes, and computer training with PowerPoint presentations are used, but they are simply not reactive enough to be a truly effective simulator. A sophisticated computerized cocktail of information databases, 3D graphics, multimedia, supported by relevant courses and training management systems (preferably web-based), is necessary in order to meet the training needs of a modern fighter in the field of identification. In her work on researching the human factor in combat identification, Claire Utridge made a number of recommendations for improving training in the field of recognition, including:

“It is important that BID computer-based training systems (such as the proposed joint identification simulator) can be quickly and easily updated.” The problem with pictures, models, silhouettes, etc., is that with the technical needs of modern war, the platforms change rapidly, leading to the fact that existing training systems are constantly becoming obsolete. For example, the transition of the British army from analog to digital communications has led to special changes in the antennas of machines, and this is an important feature in the identification and it will take time for combat training.

- “Develop a special, deployable identification training system for operational space (to provide constantly updated training)”. Most legacy systems are tied to classrooms on a home base. The need to counter threats in theaters means that the profiles of the platforms are constantly changing so that the continuity of training in combat identification (BID) operations is very important. WARRIOR infantry fighting vehicles deployed in Afghanistan today do not look like WARRIOR deployed at the Salisbury Plain training ground. Perhaps these BMPs are really very different deployed in Afghanistan from the BMP. Coalition operations require that any system can cope with frequent changes and can be updated by the user on the theater at the expense of images recorded on this theater. Training should also reproduce the operational space, simulating such elements as dust, vegetation, and changes in the level of illumination. When deploying thermal imagers, the system must be able to accurately simulate the image created by existing models of thermal sights.

- “Inside the identification training system, specialized non-military vehicles and weapons (that is, vehicles / weapons that pose a threat on the battlefield, but are not part of the traditional set of combat vehicles) should be taken into account.” Asymmetric warfare means that traditional borders in the field of military equipment no longer exist. The theater will have standard weapons (tanks, armored personnel carriers, etc.), improvised combat vehicles ("special", etc.) non-governmental organizations, the press, rehabilitation organizations, police cars, etc., as well as an abundance of various uniforms. , combat equipment, small weapons etc. The general requirement is that the fighter be able to distinguish all this through accurate identification.

“As part of a computerized identification training system, it is recommended that special attention be paid to learning the ability to distinguish similar machines.” This is important for reducing the risk of fratricide, and for coalition operations it can significantly increase situational awareness.

- “Where possible, guarantee the description of the equipment and devices BID installed on the machine / aircraft”. The appearance of such BID devices as Thermal Identification Panels (TIP) and BID Panels (CIP) means that the fighter must be trained to work with them confidently. A combat aircraft on its way to a target carries a rocket under the wing, bombs, and drops fuel tanks. Upon his return, the profile changes greatly. The identification training system must be able to accurately reflect these changes.

In addition to the above recommendations, it is important that with the current pressure on all training regimes, any identification trainer should easily be an instructor tuned and should encourage the student to learn. Most of the soldiers are in the 18 age - 30 years, and therefore they can be directly attributed to the IT generation. Gaming technology is their comfort zone and they need less training on IT systems. Computer training for them is not something unknown, and they react to it accordingly. 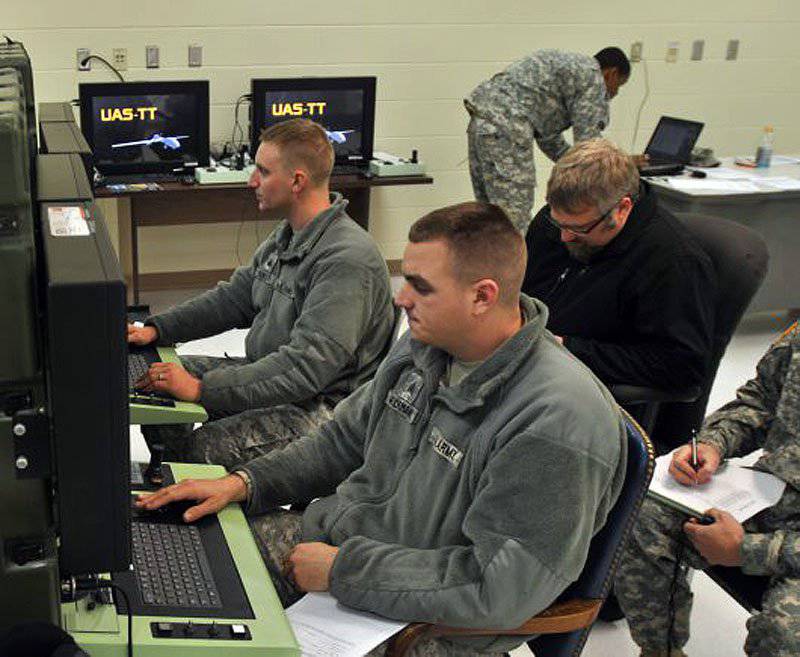 Urgent Quest tests have identified the need for an identification training system. Based on this condition, a prototype of an identification training system called CITS (Combat ID Training System) was developed. Based on proven components of gaming technology and the use of a combination of real-world images and 3D-controlled graphics, the personnel went through a series of training exercises and tests. Thermal signatures were added using images taken from the exercises. Students not only learned to identify platforms in the visible and thermal spectra, but to recognize them at different distances and angles, under different lighting and weather conditions, and to compare the platforms that they studied with similar platforms.

The ISTC (International Specialist Training Center) International Training Center in Pfulelandorf, Germany, conducts training on identification techniques for the special forces of eight NATO countries. ISTC is also an advisory body for the training structure for the Urgent Quest exercises in order to ensure that the lessons learned are saved. The “diligence” of students was monitored by a complex multilingual learning management system. Given that many of these soldiers had recently returned from Iraq and, therefore, already had a lot of experience from the beginning, the results were remarkable. The results of these real tests showed an average improvement in the level of training in identification on 15%. It was noted that soldiers and pilots with more experience scored more points in the pre- and post-training tests. However, the improvement in test results was independent of experience. Based on the success of the Urgent Quest exercise, the CITS program was expanded to provide preliminary training and education for the army units in Spain and France prior to their deployment in 2006.

From the time of Urgent Quest, technology has progressed from a prototype designed to meet the needs of a single test, to a fully deployable system for identifying and protecting troops. The US Air Force took the technology and adapted it to provide fully networked identification training for its combat pilots, adding additional elements such as air-to-ground and air-to-air survey modeling. The German Air Force uses it to improve the level of training analysts to collect information from photographs, while the British Army’s armament school uses this technology to train Javelin missile system operators through simple adaptation using advanced gaming techniques. The results are astounding, when former students failed or found it difficult to learn identification, but now this is far from the case.

As the battlefield becomes more complex and diverse, the need for a fighter to be able to accurately identify platforms and individuals working in his immediate area of ​​influence is imperative. The importance of recognition throughout the surrounding space (air, sea, land) is an important component of combat effectiveness and a lesson that we can no longer afford to forget. Complicated low-cost computer-based training has proven its worth. The United States Air Force identified the weakness of applying the principle of General David Petraeus and is currently training its identification pilots, which they very much need; learning that is effective, timely and important. They used modern technology to ensure that old lessons will not be forgotten. Wherever the US Air Force goes, their experience in this area can be very useful for all coalition forces.