And the king is not real 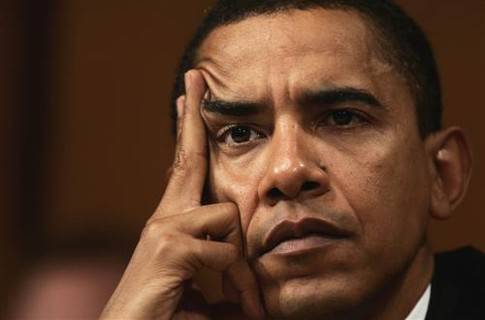 The most discussed scandal in the United States involving Barack Obama at the moment is his birthplace and whether Obama is Native American. There were doubts that he was not born in the United States and therefore has no legal right to hold the office of President of the country.


Donald Trump, a billionaire, decided to prove to everyone that Barack Obama is not a native resident of the country, and for these purposes he even turned to a private detective agency to find out if Barack Obama was really born in the state of Hawaii. The last few days Trump openly gives interviews to several leading television channels about his assumptions that the current president is lying about his birthplace.

However, the state of Hawaii has repeatedly confirmed before that Barack Obama was born there, but according to recent sociological polls, almost half of Republicans are sure that he was not born in the United States at all, and accordingly it is possible to raise the question of the possibility of electing him president.
The daughter of the country's vice president, Ashley Biden, expressed her critical opinion on this issue, saying that “the debate about whether Obama has a birth certificate in the United States is simply insulting.” She did not stop there and called for a boycott of Apprentice - a reality show that is broadcast weekly on NBC and broadcasts to the whole country.

Donald Trump is now considering the possibility of running for president in the upcoming 2012 year. He also stated that he was ready to invest in his election campaign and announced the amount of 600 million dollars. But will he run or not - will be known this summer.

According to NBC News / The Wall Street Journal surveys, Trump is currently the second most popular presidential candidate among Republicans, and he has every chance. It is inferior only to Mitt Romney - the former governor of Massachusetts.

Ctrl Enter
Noticed oshЫbku Highlight text and press. Ctrl + Enter
We are
3 comments
Information
Dear reader, to leave comments on the publication, you must to register.