Is the end of NATO just around the corner? 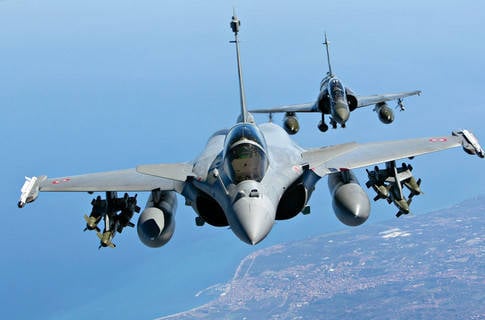 The Libyan confrontation, which began as an internal political clash between Gaddafi and the opposition in February, for obvious reasons led NATO to intervene. Initially, the mandate to support opponents of the head of Libya was signed before 27 June. But the leadership of the alliance extended its own stay on Libyan soil for another 90 days. Whether the rebels were so weak that without the help of overseas friends they could not survive. Whether the supporters of Gaddafi were too tough for a formidable opponent. From the side to judge this is quite problematic. However, some conclusions can be made simply by analyzing the events.


The head of the US Department of Defense with the scandal resigns. In his official farewell speech, Robert Gates unequivocally warned all NATO members that it was now necessary to strengthen the defense. Who the outgoing minister fears remains a mystery. If twenty years ago the bloc was still strenuously opposing the communist threat, then with the fall of the Berlin Wall and the complete collapse of the entire socialist camp, the European members of the alliance began to noticeably reduce NATO subsidies. Today, one third of all costs of the North Atlantic Treaty are paid by the United States.

The bulk of all costly NATO military operations began on the initiative of representatives of the United States. And carrying out such actions requires a huge investment not only of funds, but also of human resources. However, Europeans are still continuing to reduce defense spending. Such a situation, according to Gates, forces American taxpayers to bear on their shoulders the exorbitant burden of the defense budget of the entire organization. The enraged minister predicted a sad future for NATO.

While the strongest and, we can confidently say that the main member of the North Atlantic coalition is in a frustrated state, Gaddafi calmly continues to meet with foreign leaders who are disposed towards the disgraced NATO head of Libya is quite friendly. At a recent meeting with Ilyumzhinov, plans to counter the NATO strikes were not discussed at all. The subject of negotiations was the further development of chess sports. In the course of communication, Gaddafi admitted that he did not intend to leave. The internal Libyan conflict, the recent death of a son, as well as the pressure of all the power of NATO could not break the country's leader. On the territory under his control, everything is in order.

It turns out that the participants of the most powerful military treaty today cannot find a compromise in their circle. At the same time, Gaddafi, with the NATO label "World Evil" attached to him, is holding very constructive meetings. And what does the North Atlantic Alliance flirt with countries that have long been seeking membership in the NATO treaty? Alexander Khramchikhin, deputy director of the WIIP, believes that NATO is not able to maintain unity in the future.

According to the expert, this alliance has become outdated and doomed. But it can still exist for some time in such a “half-dead” state. Khramchikhin drew an analogy with the activity of the CIS - regular summits, the signing of some papers, but practically no effect from this activity. In the future, NATO expects something similar. Moreover, the expert explains the persistent desire of Georgia and Ukraine to become full members of the alliance with echoes of the long-standing confidence in the unshakable power of this association. Meanwhile, the combat readiness of the forces of the bloc has long been not the same as before - the alliance is trying to start hostilities less and less.

An inglorious and, one might say, failed operation in Libya; loud resignation of the Minister of Defense of the country, which is actually a major member of NATO; the lack of sufficient to maintain combat capability at the proper level, and, most importantly, the inability to find a contractual compromise are excellent indicators of the current situation of the North Atlantic Alliance. Perhaps very soon the once formidable global “warrior” defending his own interests will turn into a nominal, working exclusively on paper, club of “old associates”. Already, joining NATO means becoming a subordinate of the United States.

We are in Yandex Zen
What you didn't want to know about England
Interview of President Bashar Al-Assad to the Sunday Times newspaper
3 comments
Information
Dear reader, to leave comments on the publication, you must to register.