18 2011 June
20
Special Forces in Korea - more than special forces.
In order to successfully carry out these tasks, the fighters of the special forces detachments undergo special training, which differs markedly from the training of a regular soldier.


They overcome 10 km per hour, while carrying 25-kilogram sandbags on their shoulders. They force 400-meters (standard!) Across the width of the river - but in the coldest seasons. Prepared for survival under conditions of complete autonomy, the special forces are able to eat even frog caviar and are well aware of the fitness of tree bark for food. 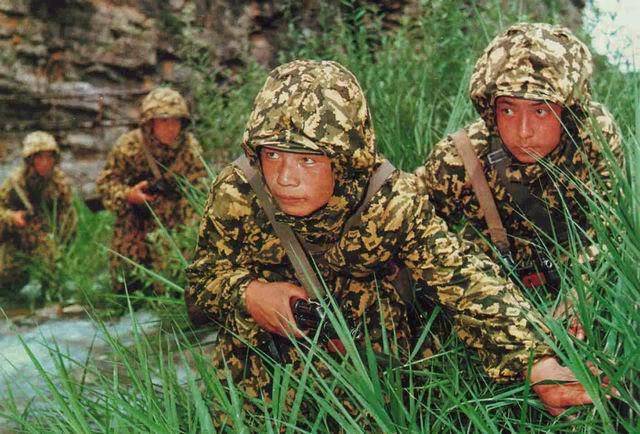 special forces of the army of the DPRK in a "combat" setting, camouflage, typical sovestsky "leaves" of 1950's


They "roll" the ability to accurately hit moving targets at a distance of 200-400 meters, doing this every day for at least 15 minutes. More than 30 minutes per day are practiced in knife throwing - also DAILY. They are trained to turn into the most effective and deadly cold weapon even ordinary cutlery (spoons, chopsticks, forks). In the trainings of taekwondo, the special forces work exclusively in full contact, and the very idea of ​​using rubber models and plastic mock-ups instead of military weapons for the special forces is simply absurd.

The service life in the land forces of the KPA is 5-8 years, and the special forces serve "to the maximum." Structurally, special forces are represented by the so-called 10. “Sniper” brigades, 12 th light infantry brigades, 17 th separate reconnaissance and 1 th airborne battalions. Being the most numerous in the world, the special forces have in their ranks more than 90 thousand fighters. 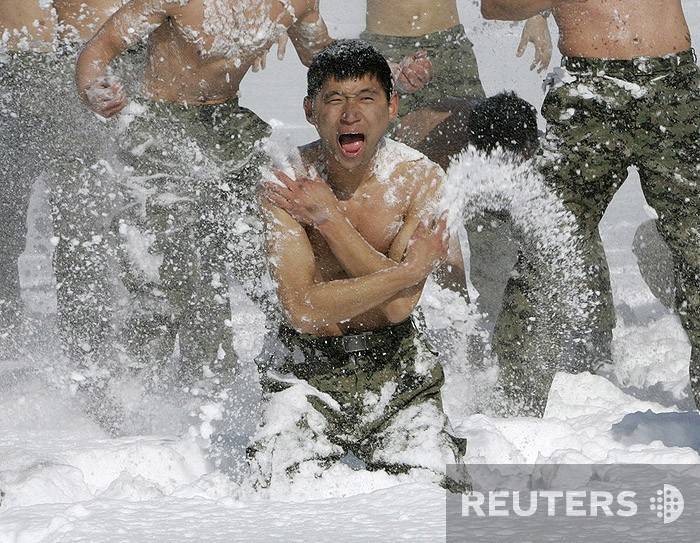 In accordance with the concept of using special forces at the initial stage of military operations, the load on them will be incredible. Almost all the RDGs that first set foot on enemy territory are faced with identical tasks: sabotage on transport arteries — the destruction of airfields, roads, bridges, and tunnels; destruction of headquarters, communications centers, warehouses and warehouses; destruction of power lines and communications; physical elimination of military personnel and technical personnel serving strategic enemy targets.

According to the testimony of a few defectors, an important element in the training of elite KPA fighters is also training in “self-withdrawal” methods: special forces are ready to sacrifice their own lives if necessary — in the event of unforeseen circumstances, when task execution and withdrawal become impossible. (The special forces carried by the reconnaissance groups to the rear of the enemy explosives were attached directly to the body of the fighters, which practically reduced to zero the likelihood of capturing even a surrounded special forces prisoner alive).

The commandos bring up the sincere conviction that all their activities are carried out exclusively in the interests of the party, the homeland and the people. And there is no reason to doubt the result: the highest level of moral and psychological training of KPA special forces is recognized by all. Representatives of a potential adversary, familiar with the amazing dedication of the Northerners, are no exception. The proud title of the guard of the Great Leader is special right to the KPA special forces.

Alas, the only sources of information about the KPA that can still be served are the coffers of foreign media and the testimony of a few eyewitnesses, who were fortunate enough to meet directly with one of the most closed countries of the 21st century. So, what do we know about the North Korean military elite?

The KPA special forces raid actions continue to this day — the likelihood of the start of a new war has not disappeared, as well as the mutual maintenance of preparedness for it: in addition to sabotage and reconnaissance operations, the commandos also cover the deployed agents. All this is in the combat conditions of the border and rear areas of a completely non-virtual enemy! At the same time, taking into account the difficult economic and social conditions, in the situation of a significant military-technical backwardness, the KPA command relies on special forces and units. They play the role of strike force in a potentially possible battle with the "imperialists." (It is the special forces who are called upon to equalize the chances in the fight against the enemy, which is noticeably superior to the KPA in material and technical terms).

We are in Yandex Zen
Royal Malaysian Special Forces
About the airborne special forces battle group
20 comments
Information
Dear reader, to leave comments on the publication, you must to register.