180 tons of US dollars missing in Iraq 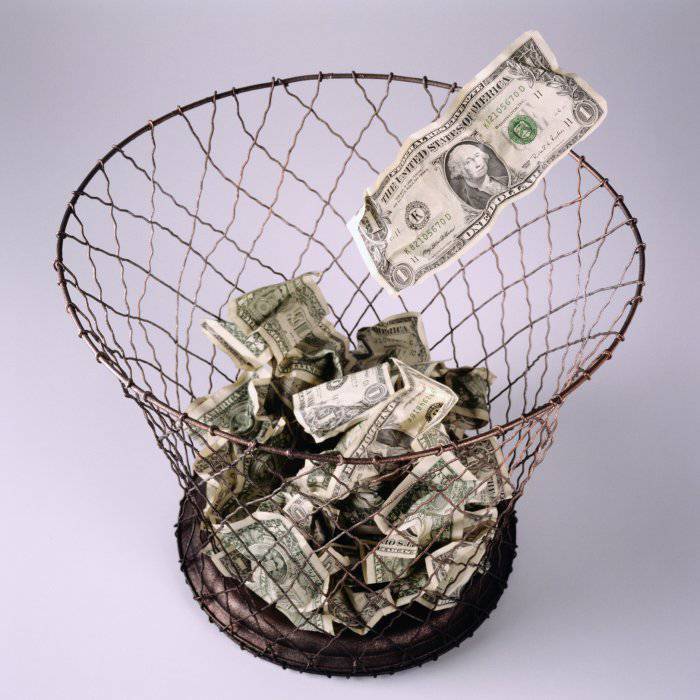 Over 6 billions of dollars, which were allocated by the United States for economic assistance to Iraq, were stolen. Such conclusions are published by the American newspaper Los Angeles Times.

The inspector general for the control of the use of funds allocated for the restoration of Iraq by Stewart Bowen said that this was the largest theft of subsidies allocated from the budget history America.

It was established that financial assistance to Iraq was carried out by transporting large amounts of cash. For example, during the first flight of the military transport aircraft C-130 "Hercules" 2,4 was transported billions of dollars. In the plane, containers were transported, each carrying several thousand packs of hundred dollar bills. Until May 2004, 20 flights of this kind were made. Thus, US financial assistance exceeded 12 billions of dollars, weighing tons in 363 (according to The Times).

It should be noted that this money, in fact, did not belong to the United States, but was the property of Iraq. This money included the proceeds from the sale of oil by Iraq, the confiscated Iraqi assets, as well as the unplanned revenue that was obtained as a result of the implementation of the UN Oil for Food program. Figuratively speaking, America, having obtained control over all this money, was going to return it to its rightful owners, but did not return it.

But there was no maintenance of full-fledged financial statements, with the result that significant amounts, millions of dollars, were simply transported in pick-ups or carried in backpacks to recipients in Iraq.

Over the past six years, US military officials have repeatedly claimed that they can provide reports on all the amounts spent, provided that they are given enough time to process all the archives. But numerous attempts to find these documents and money were unsuccessful.

The Government of Iraq recalls that the agreement, which was signed in 2004, obliged the United States to ensure the security of all financial transactions without exception. From this it follows that it is America that is responsible for what happened. Iraq’s chief auditor, head of the Iraqi Supreme Audit Council, Abdul Basit Turki Said, noted that if necessary, the Government of Iraq will go to court to return the lost money.

As you know, in May, US President Barack Obama announced that the United States would allocate $ 1 billion to develop democracy in Arab countries, in particular Egypt and Tunisia.
Ctrl Enter
Noticed oshЫbku Highlight text and press. Ctrl + Enter
We are
Russia firmly occupies a place in the global arms market 2 and will maintain its position in the foreseeable future.Armored Vehicles Market in the Middle East in 2005-2012 and forecast for 2013-2016
4 comments
Information
Dear reader, to leave comments on the publication, you must to register.