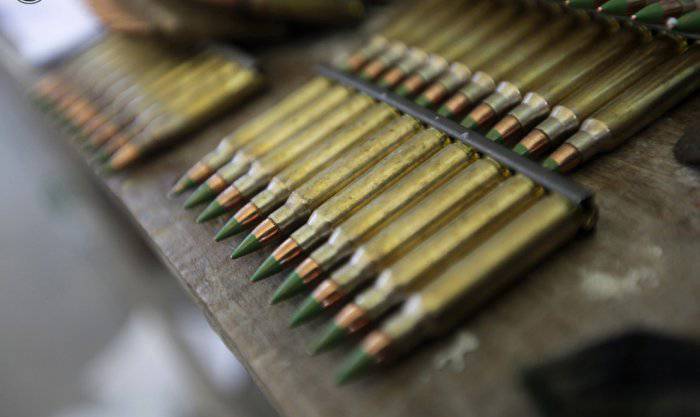 On Wednesday, Russian Defense Minister Anatoly Serdyukov, during the "government hour" in the State Duma, spoke about the situation with the implementation of the state defense order. Following the conversation, which took place without the presence of the press, the deputies were very disappointed. As it was established, the defense order after last year again, and this year, can be broken.

Deputies of the State Duma, who left the hall with a depressed look, said that Serdyukov acknowledged that the state defense order for this year is actually currently seriously lagging behind the planned figures. It was established that the conversation was not only about 2010 year, when for the failure of the defense order, military officials received a tough thrashing from the president. As one of the deputies noted, the Minister of Defense said that in 2011, only 13% of contracts for the entire volume of the defense order that was planned was executed. For Russia, this is a complete breakdown.

Not only representatives of the Duma opposition, who, in the face of the Russian Communist Party, again offered Serdyukov to resign, admit all the “deplorable” situation with the implementation of the defense order. As Igor Barinov, deputy chairman of the defense committee of the State Duma, member of the United Russia party, explained, the reason for non-compliance with the state defense order mainly lies in the vague pricing system and the complete absence of competition among enterprises. The deputy also noted that enterprises engaged in the production of military equipment receive money from the state budget, while prices are taken from the ceiling, not remembering that a particular weapon in Russia is produced by only one or a couple of enterprises.

Anatoly Lokot, State Duma deputy from the Communist Party of the Russian Federation, argues that the Minister of Defense also hurried to shift the blame for the failure of the defense order to the enterprises of the military-industrial complex. The deputy also said that Serdyukov accused enterprises of the inability to produce modern types of weapons and they can not cope with the tasks of the Ministry of Defense. But the communist is nevertheless sure that the reason for what is happening lies mainly in the complete lack of professionalism of the leadership of the Defense Ministry itself, as well as in the “inconsistency of actions” between the Military Industrial Commission headed by Sergey Ivanov and the Ministry of Defense. Note that Mr. Ivanov himself had previously argued that the placement of the state defense order basically had to be completed before the end of May 2011.

From the words of members of parliament, it was also possible to learn that not everything is so smooth with the system of state procurement of modern types of weapons. According to Lokt, Serdyukov said that there are problems with C-400 and Bulava. Barinov also added that the Ministry of Defense began purchasing some newest sniper rifles, as well as Israeli drones. The deputy also noted that the UAVs are very expensive, even if they surpass Russian specimens in some parameters, but are able to work only in summer.

Also in his speech, Anatoly Serdyukov said that the Ministry’s plans do not include the purchase of German tanks "Leopard". Similarly, the purchase of Russian-made tanks. The minister explains the reason for the refusal by the fact that these combat vehicles do not meet the “requirements”.

Also, the Minister of Defense, answering journalists' questions, calmly stated that the Russian tankers would fight on what the Defense Ministry has available.

Still, modern military equipment will hardly be needed by the army, which cannot give a good education to its soldiers. Perhaps, on this basis, the Ministry of Defense did not object to granting deferrals from military service to those school leavers who were 18 years old at the beginning of the spring recruitment. On Wednesday, the deputies adopted the corresponding amendments to the law “On Military Duty and Military Service” in the first reading, and the 2-e and 3-e reading is expected to be held by the end of this week.

During the meeting, Viktor Zavarzin, head of the defense committee of the State Duma of Russia, explained that the postponement from the army would be valid until the beginning of the autumn draft, which begins in Russia every year on October 1. Zavarzin also noted that this would enable school graduates to exercise their legitimate right to continue their studies, for example, to enter a higher education institution. According to Zavarzin, the new law will postpone the call for more than 50 thousands of graduates. Meanwhile, according to the Ministry of Education and Science, during the 2012-2019 period, the number of such “benefit recipients” will be about 700 thousand people annually due to the fact that, starting from 93, many children began to attend school with Seven, not six years old.

Also in September, the State Duma is planning to postpone the call for graduate students, as well as for graduates of technical schools, vocational schools and colleges. The head of the State Duma Committee on Education, Grigory Balykhin, said that there is still a postponement from military service for the period of study. He also explained that in the current law there is some ambiguity when it speaks of graduate students who are studying at universities that have state accreditation in some specialties and areas of training. But in this case it is said about the accreditation of the university as a whole, without touching upon the accreditation of graduate school. Balykhin also added that the problem with the conscription to the Russian army was that post-graduate students were most directly inflated by the draft board, which dared to interpret the law at its discretion.
Ctrl Enter

We are in Yandex Zen
"Army-2015": Defense Supermarket
The state defense order for the current year is almost broken
25 comments
Information
Dear reader, to leave comments on the publication, you must to register.