Russia on the verge of social catastrophe. The current government has lost its government skills 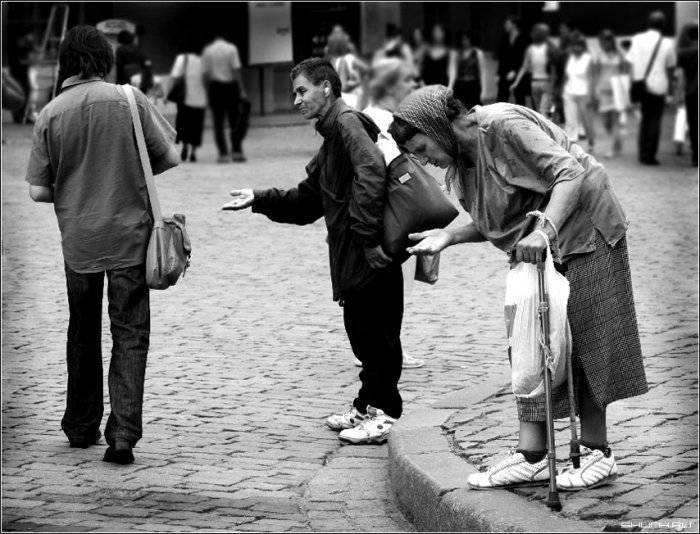 - Russia is on the verge of a social catastrophe. The domestic economy, frozen in its archaic nature, already in the medium term (and this is 3-5 years) will not be able to provide even those low standards of living standards that are now typical of the majority of the population.

This is stated in the article “How not to lose the future” of the head of the Center for Social Policy of the Institute of Economics of the Russian Academy of Sciences, board member of the Institute of Contemporary Development Evgenia Gontmakher. Given the relevance of the topic, RIA "New Region" leads the publication of an expert in "Daily Journal" fully:

“Now it is very fashionable to criticize the existing political regime - and for good reason. But for some reason, the discussion revolves mainly around the election procedure, party building, the judicial system, freedom of assembly, and the position of the media. In fact, with all the importance of the above problems of Russian life, another, and in fact the most important, fact falls out of sight: as a result of the policy that has been pursued in recent years, Russia is on the brink of social catastrophe.

It would seem that such a statement is excessively alarmist in nature: there is no famine, mass unemployment or other similar cataclysms in the country. But under the conditions of the 21st century, a social catastrophe can be a consequence of, for example, unfulfilled hopes and loss of life prospects, as well as weaning (unfair, from the point of view of the majority) at least part of what can be called social gains. This type of catastrophe is highly relevant for today's Russia.

Fact is that our economy, frozen in its archaic, already in the medium term (and this is 3-5 years) is unable to provide even those low standards of living standards that are now typical of the majority of the population. If during the years of oil well-being, due to a small part of the resulting GDP, it was possible to throw crumbs to pensioners, state employees, officers, creating a sense of positive dynamics of well-being, now, with more than $ 100 per barrel, there is not enough money to maintain this dynamic.

Even according to official data, the real incomes of the population in the first months of this year have decreased compared with the figures a year ago, there is an increase in dissatisfaction with the work of health care and education (especially school). But the main thing is different: people have lost faith in the fact that they someday will live better, everyone is waiting for some kind of trick by the state. For example, in the form of raising the retirement age, dramatically expanding the payment for medical and educational services and further accelerated growth of utility tariffs.

The power, despite the attenuation of even meager economic growth, having also got into the feverish period, begins to act in the old, almost by the Soviet way - handing out the next handouts. Here, teachers are promised to increase the wage fund by 1% from 30 September, and the money allowance will increase by a factor of 10 times for 1-2012 officers, 2, and so on. etc. How sadly noted in the Ministry of Finance, if all these promises are fulfilled, then to get a deficit federal budget next year, the average price of oil should be $ 147 per barrel. More recently, this parameter was at the level of $ 90. I want to remind that according to the forecast of the Ministry of Economy in the next 10-15, oil will cost $ 100 per barrel.

But besides purely macroeconomic risks that are huge, another thing is important: people, of course, will not reject the handouts offered to them, but they understand perfectly well: how this money was given, so they will be taken back, for example, through inflation, the creeping introduction of payment for those social services that have recently been formally free, manipulations with arithmetic of accrual pensions. And these expectations are not unfounded.

A typical example: chemotherapy, which is used to treat cancer patients, is excluded from the list of high-tech medical care. What does it mean? Exactly the fact that now for this sometimes very expensive procedure should be paid not by the federal budget, but by regional authorities, who, with rare exception, have no money for that. So the patient himself will have to pay a tidy sum if he or his family finds it. And if this money is not?

From the Ministry of Health and Social Development comes and another very recent initiative is to revise the so-called “pension formula”, or, to put it more simply, the rules for determining the size of pensions. It is proposed to return to the rules in force before 2002 year. Then they used a tough invention of the end of 1990-x, when an acute shortage of money led to many months of delays in paying meager pensions, the “individual pensioner rate”. With his help, relatively large contributions were actually redistributed from high salaries (which means that the future relatively high pensions of these workers were expropriated) in favor of the poorest pensioners who literally fought for survival.

In addition, the Ministry of Health and Social Development proposes to introduce an additional limiter, reflecting the demographic and macroeconomic features of the situation. Nobody has any illusions about demography: Russian society is aging, and the ratio of the number of pensioners and workers is changing in favor of the elderly. Therefore, the Ministry of Healthcare and Social Development (we read between the lines) actually suggests that the government should be able to limit the growth of pensions on-line even more. But the macroeconomic link is extremely important. If at the end of 1990, all circumcisions were done out of desperation (remember, the oil price did not exceed $ 20 per barrel then), then offering it now, with more than $ 100 per barrel, is an obvious sign of impending systemic economic troubles.

I will not go into the details of the prospects for the development of our economy. The actual consensus forecast of experts is unambiguous: if we do not urgently start full-scale institutional reforms in almost all areas of our life, including the political and judicial system, then nothing good can be expected. The declaration on another attempt to double the GDP - this time to 2020, based on the current “stability” - is a purely pre-election move.

In the 2012 year, when the new president and the new government take over, they will face the dilemma:

- real, not feigned reforms, the success of which only gives a chance for at least preserving, and then raising the living standards of the overwhelming majority of Russians,

- stability, equivalent to cutting social obligations for the sake of maintaining the stability of a rickety budget system, plus a massive propaganda balancing act like "nothing happens" or - in extreme cases - "we must temporarily tighten the straps for a brighter future, which will come in 2020 year". And also, of course, reanimation of various "orange" threats.

Those who want to get acquainted with the author’s point of view on the details of the first scenario can go to the website of the Institute of Contemporary Development and read the report “Finding the Future. 2012 Strategy. Let us dwell in more detail on the second scenario, especially since for the time being it is much more likely than the first.

I will not talk about propaganda - this is what we have been going through and nothing new can come up with “our political consultants”. But There is something to say about circumcision of social obligations. It will, in one form or another, creepingly, go in almost all social areas..

About pensions I have already mentioned. It remains only to add that their growth will not keep pace with inflation, there will be a quick leveling (obviously, in the direction of a real decrease) in the size of paid pensions. At the same time, the local authorities will pay the poorest elderly people to the regional subsistence minimum, the value of which will also be artificially frozen. At the same time, the society will be regularly reminded that poverty among pensioners is eliminated.

Requirements considerable bureaucratic delays will increase to obtain the status of disabled and, accordingly, disability pensions and social benefits to pay for housing, provision of medicines, and public transport.

In health care, a set of affordable free services due to chronic underfunding of the real cost of medical services will be reduced to purely symbolic things.. The rest of the principle: pay or do not claim. First of all, this trend will spread to the most expensive segment of health care - high-tech medical care (I have already cited one example). Without waiting for 2012 of the year, the process of the so-called optimization of the network of medical institutions has already begun: small hospitals and obstetric stations in rural areas are closing. Thus, the villagers often can not get even the most basic assistance. In the future, this process will spread to the cities under the pretext of the need to concentrate, first of all, medical specialists and the corresponding hospital beds in specialized centers, in which supposedly there are opportunities to improve the quality of care. It would be socially justified if specialized centers were created in addition to, and not instead of the current medical facilities, and everywhere.

In education, we should expect the same “network optimization”, which will affect, first of all, small-scale schools and small schools in cities, as well as the actual freezing of the size of per capita financing standards.I. Perhaps the situation will be relatively better with universities, where now almost half of the places are paid.

In the housing and utilities sector, we can’t escape from the steady growth of utility tariffs and the introduction of tax on real estate that is burdensome for most.

How will the population behave in the event of such a development of events? The first signs are already visible. This is, above all, the increase in emigration attitudes and, as already mentioned, the loss of confidence in the future.

Will this translate into open political actions against the government? I still don’t believe in their mass character: the majority of the society has accumulated so much fatigue from the shocks of the last 20 years that irritation and discontent is expressed in apathy and household degradation, minor nasty things in relation to the hated state - to write or write something treasury on the fence a three-letter word or, which is essentially the same, show the phallus to the local FSB. But this vandalism, coupled with the mass sensation that the power takes away the most vital from you, can be used by some of the underground underground charismatics, who will arrange first in their city, and then in other places, the new Manezhka. For the current government, which, fascinated by its own business, has practically lost almost all the skills of public administration, this can be an insoluble problem.. The further course of events is unpredictable - and this is the most alarming.

So what to do to ensure that this scenario did not take place?

First, do not give up and do not lose heart.

Secondly, do not be silent and look for like-minded people and allies.

Third, to think and propose concrete steps that, if implemented, could help change the vector of Russia's development towards progress. ”

We are in Yandex Zen
Russian Kosovo
Evaluation of state and political figures: survey results
10 comments
Information
Dear reader, to leave comments on the publication, you must to register.