Robert Gates, as a harbinger of big changes in NATO 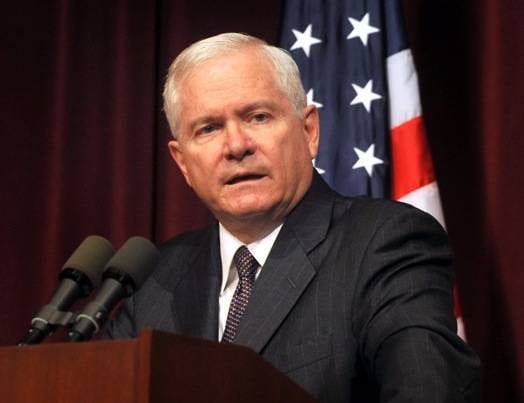 10 June 2011, US Secretary of Defense Robert Michael Gates, leaving 30 June this year, made very tough statements about the future of the North Atlantic Treaty Organization and warned NATO members 28 that in a rapidly changing world this alliance may soon become obsolete yourself This was the last speech of R. Gates as head of the US defense and contained the sharpest criticism of the bloc during the entire period of Gates’s tenure as head of the Pentagon.

- The war in Afghanistan revealed the weaknesses of NATO’s military capabilities and the lack of political will among the leadership of states.

- Speaking about the war in Libya, R. Gates stressed that only 8 from the 28 bloc states are involved in air strikes. In this case, all members of NATO voted for this operation against Libya.

- Military material problems of the bloc: “The most powerful for all history a military alliance only for 11 weeks conducts operations against a poorly armed regime in a sparsely populated country. Nonetheless, many allies lack ammunition, and the United States again has to cover this shortage. ” As a result, Americans have to bear the extra costs. The United States has to bear a common security burden, as European partners are constantly reducing military spending. Therefore, NATO may soon lose its former capabilities, its military significance.

- States that specialize in such "soft" topics as humanitarian development, ensuring peace in a number of regions enjoy the benefits of NATO membership and do not want to participate in any "costs and risks." So, according to Gates, only 5 of the bloc member states spend the agreed 2% of GDP on defense or more - these are the United States, Great Britain, France, Greece and Albania. And this situation is unlikely to change, on the contrary, there is a tendency to further reduce military spending and military capabilities of the European members of NATO.

US Secretary of State Hillary Clinton supported Pentagon chief Robert Gates during her visit to Zambia. “Complacency is dangerous for NATO,” Clinton said. Clinton said she fully agrees with Gates, all countries should be responsible for the safety of their citizens. And for this it is necessary to maintain the defense at the right level. "As events in the Middle East and North Africa have shown, we cannot predict where the danger is coming from, and we must be ready and able to work together," H. Clinton concluded.

- The United States is tired of carrying the enormous financial and economic burden for virtually the entire Western world. After all, of the NATO countries, practically only the US actually fights, spending enormous resources on maintaining the network of military bases, developing new weapons, conducting military campaigns, where other NATO countries at best have a supporting role. That is, the Pentagon is tired of carrying the burden of the white man alone, dominating the planet of the Western world on the planet.

- Europe after the actual occupation during and after World War II has lost the habit of being responsible for its security. It can be said that in this regard it has become very irresponsible, having become accustomed to the security supported by the “American bayonets.” So Washington recalled that it was time to be able to “bleed”, remember the war.

- The world is changing, and, as Europeans would not like to remain in the illusions of the world of 70-80, this will not be the case. The income level of Europeans will fall, they will have to choose either a slow further degradation of the Western way of life, or a shake-up will occur and we will see another West. West 30's, seething, brutal, ready to fight for their values. Perhaps Washington is preparing for this European politicians.

We are in Yandex Zen
"Rational bureaucrat" against politicians
NATO - Russia, Afghanistan - Ulyanovsk, further everywhere
22 comments
Information
Dear reader, to leave comments on the publication, you must to register.