The second Chinese fighter of the fifth generation: reality or bluff?

15 2011 June
3
Photos of an unknown aircraft located at the airfield were published on several Internet forums of China.


The pictures, perhaps - the second plane of the fifth generation. One can see the air intake and part of the lantern of the pilot's cockpit.

Many experts believe that such "leaks" in this country are special operations and are carried out within the framework of the information policy of state bodies. Independence of bloggers, allegedly photographing secret developments, and then posting photos to the network, is impossible.

According to military expert Igor Korotchenko, "if such an activity took place or was not authorized by the relevant structures, then the Chinese state security agencies, which are working quite effectively, would have had no difficulty in calculating such a person and taking appropriate measures to him at twenty-four hours" . 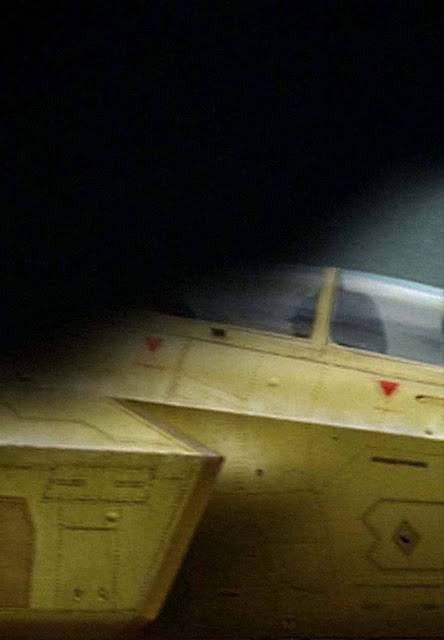 According to the expert, with the help of leaks, on the one hand, China’s military power growth is demonstrated, on the other hand, official structures can declare the opposite at any time.

The main differences of the fifth generation aircraft from their predecessors: a dramatic reduction in visibility in the radar and infrared bands, multi-function (high efficiency with air, ground, surface and submarine targets), flying at supersonic speeds without using forcing, (mode of operation of some piston and jet engines), super-maneuverability, automation of control of onboard information systems and interference systems.

The search for the appearance of the fifth generation fighter began in the middle of the 1970-s in the USSR and the USA, when the fourth-generation vehicles - such as Su - 27, MiG - 29, F - 14 and F - 15 took the first steps. The work involved leading industry research centers and design bureaus.

India is pursuing a joint development with Russia of a fifth-generation modernized fighter for both countries. Onboard displays and other electronics designed by India, the rest of the aircraft - Russia.

In January of this year, for the first time, it became known from unofficial Chinese Internet resources about the preparation of J-20 flight tests, the existence of which the Chinese leadership confirmed several days later. Presumably, the fighter made a short-term test flight over an airfield in the city of Chengdu, in the southwestern province of Sichuan, where its ground tests had previously passed.

Editor-in-chief of the Hong Kong Military Intelligence Agency News Kanwa Andrey Chan confirmed that the plane was in the air for about 15 minutes. According to him, the fighter "does not reach" the level set by promising developments of competitors - the Russian T - 50 and the American F - 22. Among the shortcomings of the Chinese aircraft, the military observer described the inability to fly at supersonic speeds, the imperfection of the radar system and stealth technology, providing stealth aircraft. At the same time, the Chinese fighter, he said, has a very good design and maneuverability.

The popular Chinese newspaper "Global Times" published on its website a short report entitled "The first successful flight of J-20".

The article provided a link to a series of photographs of this aircraft on the ground and in the air on the website, but soon this page stopped opening. Copies of the pictures remained on other sites.

In April, photographs appeared in the Chinese network indicating that the country's first aircraft carrier was almost ready. Only in June, the army chief of staff confirmed that China was indeed building it.

According to the American media, many in the United States are convinced that Beijing uses stolen foreign technologies to create its own state-of-the-art military technology. According to one of the versions, the Chinese copied from the American F-20, which crashed in 117 in Serbia, when creating the J-1999, when creating the J. Wreckage they may have bought from local farmers.

The American congressmen put forward another assumption: the fifth generation of Chinese aircraft was based on Russian technology.

The US Department of War is also alarmed by the Chinese anti-ship missile, which is considered the "aircraft carrier killer", as well as the modernization of the nuclear deterrent forces of this country.

Defense Secretary Robert Gates admitted to the journalists who accompanied him during his visit to China in January that throughout his four years in office he was disturbed by Chinese military programs. Things reached the point that the Pentagon is forced to make new efforts to create weapons.

We are in Yandex Zen
Kiev is already visible on the horizon ...
The path from the victim to the hunter
3 comments
Information
Dear reader, to leave comments on the publication, you must to register.