Killer, who shot the ex-colonel, owned the secret techniques of shooting 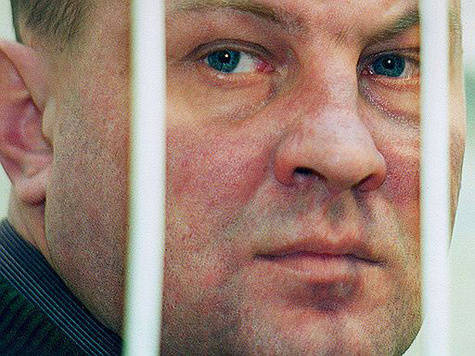 Five days have passed since the murder of Colonel Budanov, and in his case new versions and new details have appeared that can shed light on who would benefit from killing Budanov and why the representative of the Investigative Committee of Russia almost immediately after the murder said that it was a provocation. Perhaps he put a completely different meaning in this definition, but he brought many experts and specialists to think.


As already written by “MK”, from the very beginning there was a version that Chechen militants stand behind the murder, and the murder itself was committed out of revenge for Elsa Kungayeva or because of another episode of the Chechen war. However, professionals unanimously claim that Chechens would choose a much cheaper way and would not prepare for the murder so carefully.

Appeared in recent days, the version that the murder is connected with the HOA, since Budanov worked in one of the management companies, also looks very ridiculous. Yes, murders in this area occur. But not at all.

“MK” was able to talk with a former employee of the special services specializing in contract killings. He drew attention at once to several details that put the shooting of Budanov in the section of extraordinary murders, not only because of the resonance, but also because of the execution.

Recall that in Budanov six shots were fired. Four in the head, two in the chest. And all the shots went very well, as in a dash. Our interlocutor claims that the killer used an extremely rare method of shooting with twin shots - “twos”. That is, he quickly pulled the trigger two times in a short period of time, so that all the bullets went almost one to one while the victim was still alive. In this case, the killer left himself two more bullets to waste. This explains why he did not drop the barrel at the crime scene.

So in the USSR and in Russia they were taught to shoot only in two structures - military counterintelligence and the GRU. And that's not all. According to our interlocutor, now there are no such specialists in the military counterintelligence. Only one option remains. And there are not so many military special forces units in Moscow. Unless, of course, the shooter was from Moscow ... By the way, at the end of the 90's there were several similar murders that remained “grouse”.

When asked why the killers left the car, they didn’t burn to the end, our expert answered that they didn’t need it. They burned only the part where the tracks could remain.

Their high class is also indicated by the fact that they didn’t light their faces in CCTV cameras, very well prepared the escape routes and abandoned the car where there are no cameras. And they themselves most likely calmly transferred to another car, left nearby, and left.

In order not to shine, they used an Izh gas pistol with a silencer converted into 9 mm caliber live ammunition. Fighting weapon easier to calculate.

The main question remains: who benefits? Taking into account that the specialists of this level worked, we can say that this is not an ordinary commercial or “Chechen” murder. This is really a provocation. But not the parties of the “right”, as many would have liked, but some of those in power. And this is a provocation - mnogohodovka, says our expert. That is, it must cause a chain reaction of other events and in the end result hit a completely different place. But by this time, the root cause of this mnogohodovki everyone will already forget or not associate with the murder of Colonel Budanov.

Ctrl Enter
Noticed oshЫbku Highlight text and press. Ctrl + Enter
We are
What you didn't want to know about England“As I told you, it was so. Do not trust anyone!"
10 comments
Information
Dear reader, to leave comments on the publication, you must to register.