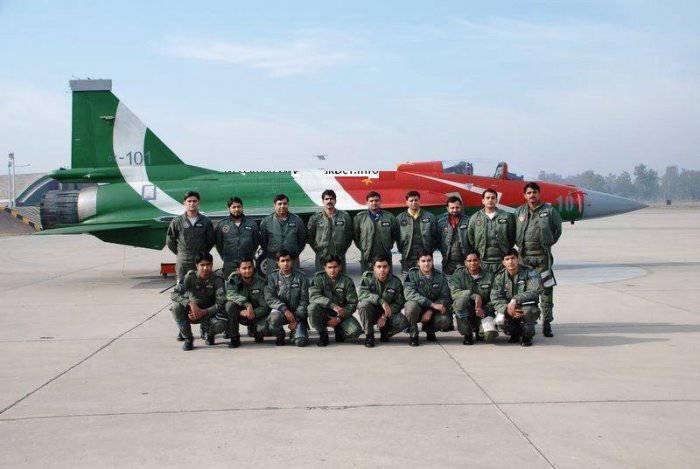 After the elimination of Usama bin Laden’s X-NUMX terrorist commando on Pakistani territory, relations between the two countries deteriorated in such a way that they reached the least positive mark for the whole period of their existence.

And although they cannot yet be called completely cold, it is also not possible to say that changes are taking place in the direction of improvement.

Despite the fact that last week, US Secretary of State Hillary Clinton and Chairman of the Joint Chiefs of Staff, Admiral Mike Mullen visited Islamabad to try to ease tensions between the US and Pakistan, so far it is not possible to eliminate differences.

In order to avoid the need for such attacks in the future in the future, Hillary Clinton appealed to the Pakistanis to use their resources on the list of extremist leaders that the Americans believe are hiding in Pakistan. This list includes three senior leaders of Al-Qaida: Ayman al-Zawahiri, Atia Abdel Rahman and Ilyas Kashmir, as well as one of the leaders of the Taliban, Sirajuddin Haqqani.

It seems that the Pakistani territory is becoming a kind of testing ground for the confrontation between America and Pakistan in the region. Although at the same time the contradictions between Pakistan and the United States bring Islamabad closer to China, which will not miss the opportunity to further strengthen its influence on Pakistan. Obviously, the two competing superpowers are moving into the next round of competition for influence over this country, although since 1947, when Pakistan declared its independence, few could predict that it would be so strategically important for the United States and China.

For its participation in the global fight against terrorism, only in the last 10 years, Pakistan received from the United States for military and civilian needs $ 20 billion. Therefore, the Pakistani leadership is hardly ready now to refuse such massive financial support from America. However, his enhanced flirting with China shows that Islamabad has decided to insure itself and is not at all sure that it will be possible to continue to “download” such powerful aid from the Americans.

Obviously, both the United States and Pakistan require some time to recover from the mutual attacks on bin Laden’s secret whereabouts, but this incident, which took place on May 2, will darken their uneasy relationship for a long time. Probably, Beijing has long been waiting for such an opportunity for rapprochement with Islamabad, and in early May this chance suddenly appeared.

The rapprochement of the two states will be promoted by the fact that Pakistan proclaimed 2011 the year of the Year of Friendship with China. Indeed, exactly 60 years ago, the two countries established diplomatic relations. It can be said that a long-term alliance has formed between them, which, moreover, helps them to build their international relations. And in many respects, China owes its openness to the outside world to Pakistan.

In particular, speaking as the leader of the Islamic world, Pakistan helped China to establish relations with Arab countries and other Muslim states. And after the brutal suppression by China of the unrest in Urumqi in 2009, the Pakistani government made great efforts to explain to other Islamic countries how China relates to these events.

Beijing also requires partnership with Pakistan in order to feel safe and secure in such border regions as Xinjiang and Tibet. Since, without having a partnership with Islamabad, China will not succeed in achieving stability in Xinjiang and Tibet. In addition, Pakistan is located at the crossroads of the legendary Silk Road between the Middle Kingdom and the West, which increases its strategic importance in the eyes of top Chinese leaders.

China should also take care of friendly relations with Pakistan, because it is a kind of energy corridor from Iran and Iraq. Therefore, the strategic geographical position of Pakistan for Beijing is difficult to overestimate.

Now is a very good time for China to see a partner in Pakistan, a further rapprochement with which can bring considerable benefits to both Beijing and Islamabad. After a certain disappointment of friendship with the Americans, some Pakistani political forces believe that it is time to find new friends with whom it will be easier to cooperate and with whom there are mutual interests.

For Pakistan, a close alliance with China is not only a strategic step, but also a firm guarantee of support in the conditions of a still possible military conflict with India. After all, the experience of all previous military confrontations shows that without the help of the allies during the confrontation with India, Islamabad can be in a very difficult situation. India is the only country able to compete on equal terms with China in this key region for Asia. It is for geopolitical reasons that the alliance of the Middle Kingdom with Pakistan for the Chinese political elites becomes extremely important.

The destruction of Osama bin Laden in Pakistan was a convenient excuse for Beijing to present an ultimatum to Washington, which stated that any new US intervention in Pakistan would be interpreted as an act of aggression against China. It is worth paying attention to the fact that this warning is the first strategic ultimatum that Washington received since the Soviet Union sent a warning to the United States during the Berlin crisis between the 1958 and 1961 years. This warning from China testifies to the real threat of a war that could be provoked by the escalation of tensions between the US and Pakistan.

Chinese warnings are implicitly based on Beijing's nuclear power. China has about 66 intercontinental missiles that, if necessary, can reach the territory of the United States, in addition to medium-range 118 and 36 missiles that can be launched from submarines and many other short-range missile systems. The support of the Middle Kingdom is crucial for Pakistan, because if relations with America deteriorate further, Pakistan will be held in a vice by the United States and India.

From the Pakistani side, rapprochement with Beijing gives him not only many advantages, but also has a great future. Already, China is the second largest economy in the world after the US, its political weight in the international arena will grow rapidly in the coming years, and the Celestial Empire is, in addition, Pakistan’s most important trading partner.

This can also be attributed to the fact that in addition to supplies weapons and nuclear technology, China is able to provide Islamabad with investment and help in times of crisis and military support. Beijing also adheres to the principles of non-interference in internal Pakistani affairs, and therefore the leadership of Pakistan may not worry that Beijing will blame it for its lack of respect for human rights.

Overall, Beijing is also an important partner for Islamabad. Especially in order to block the influence of India and the United States in Asia. In the competition between authoritarian China and democratic India, Pakistan is a weighty argument in favor of the first, and therefore Beijing has been showing strategic interest to Pakistan for 60 for years. Using the Karakoram corridor, the Sino-Pakistani friendship highway, the Chinese gained access to the mouth of the Indian Ocean. And the port of Gwadar in the Pakistani province of Baluchistan opens up new opportunities for China to get oil from the Persian Gulf.

Even today in Pakistan, some politicians have publicly expressed that the Middle Kingdom as the main international partner should oust the United States. Although so far Chinese aid to Pakistan was different from American. After all, the fact that Beijing is the largest supplier of weapons to Pakistan, it could not provide the Pakistanis with such a huge financial support that the Americans were able to provide in recent years.

However, despite the obvious misunderstandings between the United States and Pakistan, it is not yet the fact that America is ready to abandon Pakistan. Since in the event of such a refusal, China will take full advantage of the opportunity to fill this vacuum. After all, if it is hypothetical to imagine that the United States will “surrender” Pakistan to China, then it is not difficult to predict what will happen after that.

After all, during the split between the US and Pakistan, the easiest way to punish Islamabad is to decide to suspend the provision of military and economic assistance by America. However, this would be a diplomatic failure for the Americans and could have a negative impact on their role in the Asian region.
Obviously, Pakistan has become a place of intersection of such interests of the two superpowers as the struggle against Islamic extremism and the confrontation over geopolitical priorities in the region. The main goal of the United States in South Asia is to eliminate the terrorists in the safe for them "harbor", which became Afghanistan. In addition, America seeks to prevent Pakistan’s nuclear weapons from falling into the hands of terrorists.

After the death of Osama bin Laden and the future withdrawal of American troops from Pakistan, it becomes clear that the American strategy of combating terrorism and establishing stability in the region may change slightly.

However, the key issue of this geostrategic equation is that even if we assume that the United States would decide to reduce its spending on Pakistan, then China will increase its support? It is clear that, at least in the next few years, China will not reach the economic level of the States, so the Chinese can not help at the same level as America can do.

And although Beijing intends to fight terrorism and stabilize the situation with its Muslim minority, its military influence in international affairs remains limited in the future. Anyway, in the near future the influence of China on Pakistan will certainly grow. And this process is inevitable.

Meanwhile, no matter how developed the relations between the USA and Pakistan, in the current geopolitical situation, they are still objectively interconnected as, figuratively speaking, “friendly enemies”. And although the pendulum of their relationship has now swung into a negative direction, but it’s irrefutable that America needs Pakistan in the region in the future. In the near future, through its presence in Afghanistan, and later on in connection with its strategic interests in South Asia.

As one Pakistani expert noted: “We need Americans, and we need them.” Preserving this political mantra is now important for both Washington and Islamabad. After all, the United States and Pakistan have connected so much before and are now connecting that it would not only be rash, but also unacceptable for both sides to cross off allied and strategic relations.
Ctrl Enter

We are in Yandex Zen
Pakistan and the United States: can not be friends
Para Commando Belgium
4 comments
Information
Dear reader, to leave comments on the publication, you must to register.