Beginning of the end for NATO? ("The International Herald Tribune", USA) 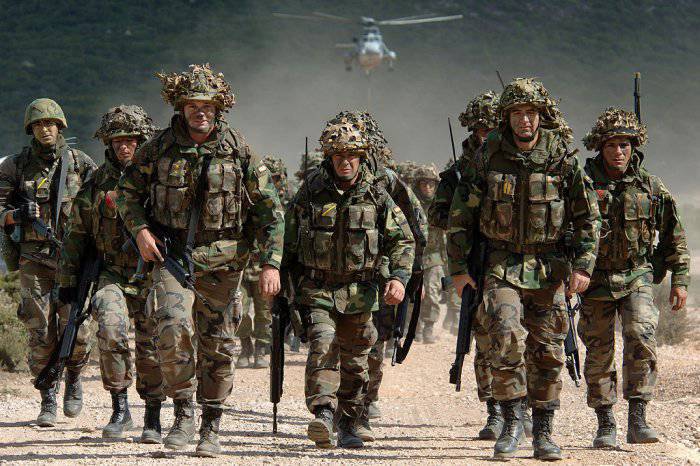 US Secretary of Defense Robert Gates knows how to speak out frankly and say what he thinks. In his speech on Friday in Brussels, his last speech in Europe, before leaving his post, Mr. Gates severely criticized, in fact, arranged a scattering of NATO.

Mr Gates warned the Europeans that until they improve their military capabilities, spend more on defense and pool resources, NATO faces "a very real possibility of collective military uselessness."

Europeans are accustomed to the fact that Washington reproaches and reproaches them. The United States did this even during the Cold War, when the continent was divided between NATO forces defending Western Europe and the Warsaw Pact troops on alert in Eastern Europe.

In those days, the Europeans, basically, fulfilled their obligations. They knew that the threat was real, that they needed American troops to defend them. Back in the 1999 year, although after long admonitions, the Europeans helped the US bomb Serbia in an attempt to end the nearly ten-year civil war and ethnic cleansing in the former Yugoslavia, which was virtually at the doorstep of Europe.

But now the majority of European countries, with the exception of France and the UK, do not see the need for military power. They, apparently, do not believe that military force is capable of resolving conflicts. And despite the September 11 2001 attacks in the United States, Europeans do not share American views on existing threats. And this, as analysts say, undermines transatlantic relations.

“The United States is a global power, while Europe is regional and confident that it is surrounded by friends,” said Markus Kaim, defense expert at the German Institute for International Politics and Security in Berlin. "The United States sees how such demilitarization undermines NATO."

Only five of the twenty-eight NATO member countries - the United States, Britain, France, Greece and Albania - spend the agreed two percent of their gross domestic product (GDP) on defense. Since the fall of the Berlin Wall in 1989, “the share of the United States in NATO defense spending has risen to more than 75%, and this at a time when the States themselves are considering a politically painful budget and cuts in benefits, benefits and payments,” Mr. Mr. Gates.

“If this trend continues, if the Europeans still do not feel the desire to share in the greater degree, then the transatlantic relationship will turn out to be very problematic. Perhaps in the coming years it will be impossible to talk about NATO, ”said Andrew A. Michta, director of the Marshall Foundation’s Warsaw office.

The United States failed to mobilize NATO support when they invaded Iraq in 2003. Instead, they had to rely on a “coalition of the willing”, which undermined the alliance’s cohesion. The cracks were smeared when the Europeans, reluctantly and reluctantly, continued to help the United States in Afghanistan.

Indeed, Mr. Gates said he was surprised at how NATO managed to stay afloat and bring the case to the end in Afghanistan in a war that is extremely unpopular in all European capitals. “Four years ago, I would not have expected that the alliance would be able to continue this operation at such a level for so long, and certainly not expect to add significantly more strength in 2010,” he said at a meeting in Brussels.

The contrast with the current air operation in Libya could not have been more striking.

“While every member of the alliance voted for a mission in Libya, less than half took part in it, and less than a third expressed a desire to participate directly in the strike operation,” said Gates, referring to the North Atlantic Treaty Organization (NATO), not the UN, where Germany abstained. He blamed it on the lack of military capabilities.

But there is no political will either. Indeed, Libya is the clearest example of this, and it shows why the United States can no longer rely on Europeans, and also demonstrates why Europeans do not want to use military force as a tool for regime change.

“Libya for NATO is the first mission after Afghanistan,” says Kaym, “Europeans have learned the lessons of Afghanistan. They are less and less willing to be involved in state and national construction with the support of force. ”

Mr. Gates understands this discrepancy and the observed distance from each other participants in transatlantic relations. He is not even sure that the United States itself will continue to believe in NATO and invest in the alliance. Indeed, Mr. Gates is a generation that grew up during the Cold War. On both sides of the Atlantic, this generation, which had considerable influence, yields to the younger elite, which gives the transatlantic alliance much less importance.

“NATO and the transatlantic relationship has always been an overwhelming interest in the professional life of Gates,” says Stephen Flanagan, senior vice president of the Center for Strategic and International Studies in Washington.

“But the new generation of political leaders in the United States does not share his experience of fighting the Cold War era with European allies,” he says. “They tend to view US resources allocated to transatlantic defense in a much more prudent way, wondering how justified these investments are, whether the game is worth the trouble.”

NATO as such may possibly survive. The Alliance will continue to be used by the United States when they need to form a voluntary coalition. It can also be useful in imparting additional legitimacy to future military operations. But his role as the main, central transatlantic organization with truly uniform goals and solidarity among all the members is in doubt.

But in this there may be positives.

The United States has long been urging the European Union to develop a security policy - so that Europeans can take care of their backyards, such as Bosnia, Moldova, the southern Mediterranean, Belarus, Ukraine and the Caucasus. So far, the European Union has shown few signs of strategic thinking, not to mention the coordination of actions in the field of defense.

That is why in November last year, the United Kingdom and France agreed to a far-reaching and fraught with serious consequences deal in the field of military cooperation. “The agreement called into question the sustainability and validity of the European Union’s defense and security policy,” said Klara Marina O'Donnell, defense expert at the Center for European Reform in London. Other European countries have largely ignored the agreement. It may take the gradual withdrawal of the United States to convince the Europeans that they need a long-term security strategy that deserves its name.