14 2011 June
1
The designation of this helicopter was initially unclear. Most sources, including authoritative publications, use the designation ARH-70 or ARH-70A, obtained from the Armed Intelligence Helicopter (ARH). “A” refers to the Attack mission, while “R” defines the primary mission of ARH Intelligence. “H” represents the type of helicopter vehicle. “70” is a consistent project number approved for the main mission. The suffix “A” indicates the first model of this particular project. Some sources, using the designation URA 70, which is compatible with URA 64 Comanche. Yet the basic designation is RH-70. 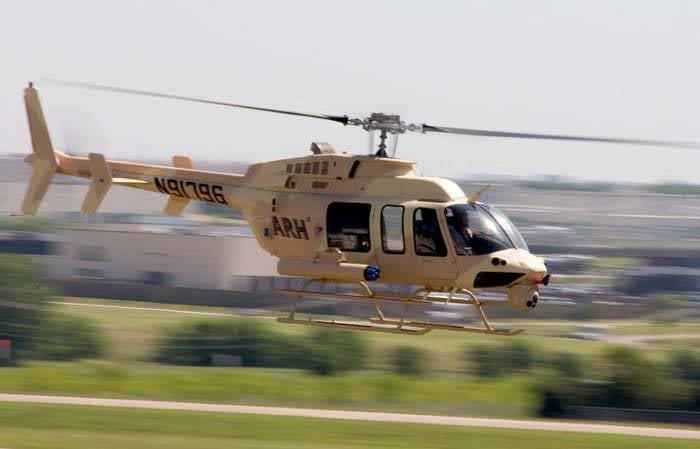 Work on the creation of the RH-70 was started when the army re-drafted a development program aviation more than $ 14 billion freed from the cancellation of the Comanche program in 2004. The acquisition of ARH was funded on a condition to replace the obsolete Kiowa Warrior O-58D, which was originally developed as a transitional link.

The helicopter can carry up to four Hellfire installations, air-to-surface missiles, one or two sets of 2.75-inch unguided rockets, as well as 7.62-mm machine guns. Instead of a mast, an O-58D sensor is installed, the ARH has a special turret on the nose with a color television sensor, an infrared warning sensor, a laser range finder, and a laser pointer and location determination assistant. The ARH digital cab is based on CAAS. 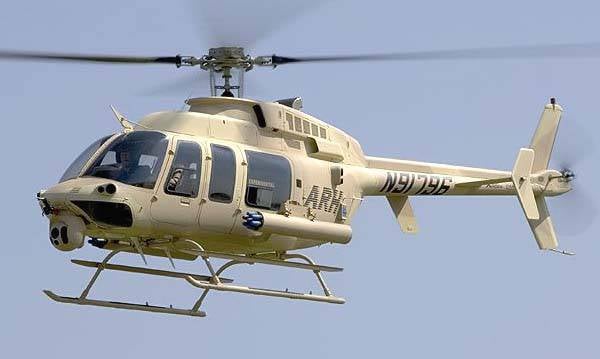 ARH was designed for reconnaissance and battlefield combat. The platform has high interoperability, vitality, versatility, agility and resilience to interact at enhanced amplitudes, enhance missionary effectiveness in any place in a tactical environment, and focus on systemic vitality against the threats present in the modern tactical environment, reducing the logistical burden on tactical unit. The fundamental goal of ARH was to carry out reconnaissance and ensure security in combat operations. At the same time, this would improve the ability of the ground commander to withdraw and concentrate superior military force against the enemy at a crucial time and win.

The ARH was intended to replace the team’s twin-station O-58D Kiowa Warrior, a single experimental operational aircraft capable of operating around the world in all airspace. Intelligence configuration included sensor block, active and passive countermeasures, external systems weaponsand communication complex. ARH would be able, in touch, on the battlefield with a land army. The ARH also had an infrared exhaust suppressor. This device suppresses heat from the helicopter so that it is less detectable by the enemy. 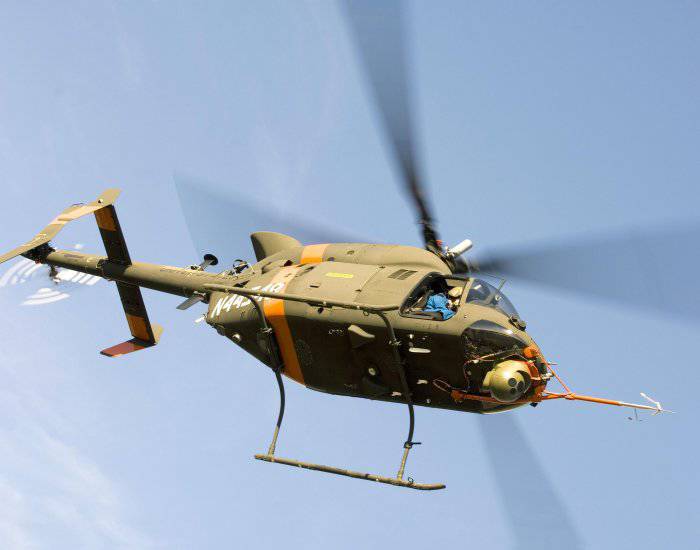 Army Vice-General, Chief of Staff Richard Cody marked the beginning of a new era in army aviation 29 on August 2005, when he signed a ritual contract with Bell Helicopter to create an armed reconnaissance helicopter for the army worth $ 2,2 billion (ARH) at a ceremony held in Fort Worth, TX. "This is a significant moment in the army stories aviation, a much needed improvement in the abilities of our fleet aviation, and a key component of a complete army transformation, ”said Cody. The ARHs were to be the first of three new platforms that also included a light duty helicopter (LUH) and a cargo plane (FCA), which were intended to upgrade and modernize existing fleet of aircraft in the arsenal of the army.

July 20 The 2006 Army Armed Intelligence Helicopter (ARH-70A) made its first test flight. The Bell Xworth base in Arlington, Texas was chosen as the test site. The pilot who controlled the helicopter demonstrated all the capabilities of the air vehicle. The speed of the helicopter reached 240 km / h, flight altitude more than 1000 meters. The main feature of the helicopter was the ability to make a turn to 180 degrees in 3,6 seconds, which undoubtedly is a record not only for American cars, but throughout the world. The ARH flight test continued with system development and integration. By 17 May 2007 The ARH program has passed almost 600 flight test hours.

26 July 2007 Bell Helicopter announced the end of the tests of the helicopter reconnaissance and at the same time, it was indicated that in all its parameters ARH-70A, ready to be launched into production. The final engine selection was also made. The HTS900-2 was chosen as the power unit, which successfully passed more than 175 hours of flight tests and continues to demonstrate exceptional quality. 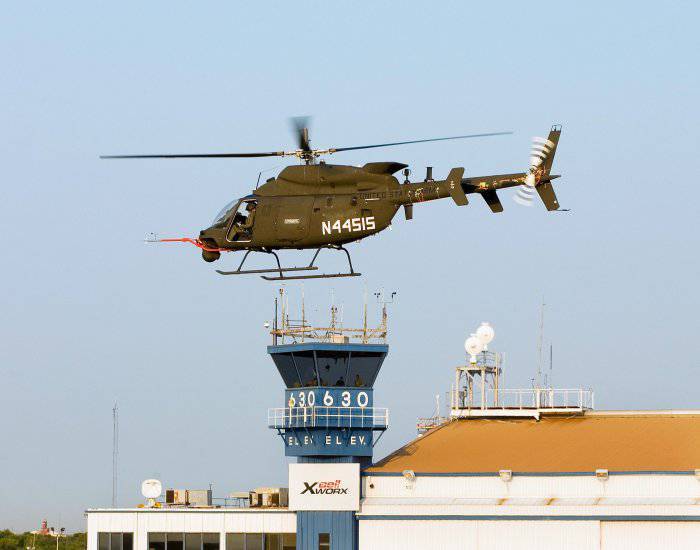 1 November 2007 Bell Helicopter provided ARH-70A for the Limited Consumer Test (LUT), at the Yuma Open Demonstration Site. The program had by then exceeded the 1 000 threshold of flight test hours in less than 15 months. The goal of the LUT was to test the integrated system response for FLIR Systems International Target Acquisition Sensor System (TASS) and Common Aviation Architecture System (CAAS), performed by Rockwell Collins. Additionally, the LUT should have evaluated the performance of the HTS-900-2 turbine mechanism.

But on October 16 2008, representatives of the US Army announced a refusal to fund further development of the ARH-70A helicopter. The discrepancy between the development timeframes, as well as the increase in the final cost was mentioned as the basis. Many were at a loss from such a statement by military officials. First of all, according to the plans, mass production should have begun in 2009, but by the end of 2007 the helicopter had passed all the necessary tests. At the same time, the price of an air vehicle did not rise because of the design decisions in the helicopter itself, but because of the installation of additional sets of weapons, tracking and countermeasures, which was required by the same army. But the military did not respond to all the developers' arguments, and as a result, the ARH-70A helicopter ranked with the previous closed military projects for which billions of dollars had been spent.
Ctrl Enter
Noticed oshЫbku Highlight text and press. Ctrl + Enter
We are
An-12 in AfghanistanBy screws
1 comment
Information
Dear reader, to leave comments on the publication, you must to register.