10 2014 June
33
Since the start of work under the PAK FA program, which is being carried out by Sukhoi, there has been a constant question about further projects of the Russian Aircraft Corporation (RSK) MiG. Assumptions were regularly made that this organization should also take part in the creation of promising fighters for the Russian Air Force. However, such assumptions have not yet received official confirmation. A few days ago, Flight International published information that can confirm the existence of a fifth-generation fighter project under the MiG brand. 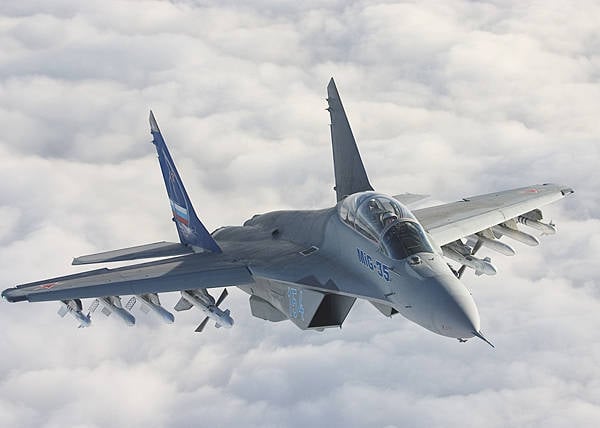 The general director S. Korotkov told about the new works of the corporation. According to him, the RAC "MiG" employees are already working on the concept of a promising fighter. Korotkov expressed the hope that in the near future the active development of this direction will begin. In the meantime, only general issues of a promising project are being studied. The director general of MiG did not disclose the details of the new project and the particularities of the aircraft, which can be built in accordance with it. At the same time, he noted that he considers the appearance of a new combat aircraft to be very likely.

Nevertheless, while the staff of the RAC "MiG" are engaged only in preliminary work, the purpose of which is to study some important issues. To start a full-fledged work on the new project requires an order for development. So far the military department has not expressed a desire to initiate the creation of a second fifth generation fighter.

According to S. Korotkov, the existing MiG-35 aircraft can become the basis for a promising fighter, on which promising systems and technologies will be integrated. In this case, the project will undergo some changes associated with increased performance. In addition, the aircraft will receive new electronic equipment and other systems necessary to meet the requirements of the fifth generation. According to the general director of RSK MiG, in the future the MiG-35 fighter may become a good platform for creating a new generation aircraft.

Currently, the company "Sukhoi" is engaged in testing and refinement of the T-50 fighter, created as part of the PAK FA program ("Perspective aviation front-line aviation complex ”). In the future, the development of the second fifth-generation domestic fighter, which the MiG corporation will take, can start. According to S. Korotkov, the start of the second project will not lead to a conflict between the two aircraft building organizations. Already, it is clear that the promising fighter RSK MiG will have a lot of differences from the development of the Sukhoi company. Thus, these will be two completely different aircraft, designed to solve various problems. Thanks to this, a reason for a dispute or conflict simply does not appear.

When used as a basis for a new fighter, the existing MiG-35 aircraft will be able to maintain relatively small dimensions and light weight. Thus, the maximum take-off weight of the MiG-35 is almost 5 tons less than the similar parameter T-50. In combination with new radio-electronic equipment, this will ensure a sufficiently high combat potential of the machine. S. Korotkov suggests that the fifth-generation light fighter based on the MiG-35 may be more effective in performing most of the intended tasks.

The development of the fifth generation fighter from the RAC "MiG" has not yet begun. Specialists of the organization are engaged in the study of general issues. However, the corporation has not remained without work. In April, she received an order from the Russian Ministry of Defense for the construction of 16 MiG-29CMT fighters. Aircraft must be delivered to the air force over the next few years.

In the next few months, another contract for the supply of aircraft may be concluded. Until the end of this year, RAC "MiG" hopes to sign an agreement, in accordance with which the Russian Air Force will receive a number of the latest MiG-35 fighter jets. The exact number of aircraft planned for the order remains unknown. In addition, there are still unconfirmed rumors, according to which Egypt intends to acquire the 24 fighter of this model.

The details of the fifth generation MiG aircraft project are not yet known for obvious reasons. Nevertheless, from the available information we can draw some conclusions. First of all, it should be noted that even if the Ministry of Defense has an order, it will take at least 10-12 years to create a new aircraft. Thus, a prototype of the new aircraft in the best case will appear no earlier than the second half of the twenties. The T-50 fighter currently being tested will be mass-produced at this time and will go to the troops, replacing outdated equipment.

Such terms of the appearance of the new aircraft can lead to the fact that over time it will complement, and possibly replace the T-50. However, it is early to speak about such details of a promising project. Employees of RSK MiG are currently working on general issues of the project and have not yet received an official order to create a project. While the military department has not initiated the beginning of a new project, all current work under the new direction remains solely an initiative of RAC "MiG", which does not have a full-fledged future.