“There is trust, but there are no results” 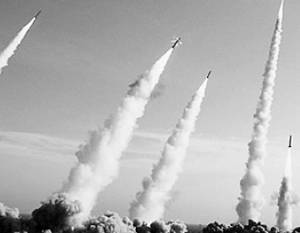 At the Russia-NATO Council in Brussels at the level of defense ministers, the sides reaffirmed the diametrically opposed positions on creating missile defense in Europe. Defense Minister Anatoly Serdyukov again demanded legal guarantees against missile defense against Russia, while NATO head Rasmussen again refused to provide these guarantees.


Russian Defense Minister Anatoly Serdyukov said Wednesday that NATO is proposing to create two independent missile defense systems and this does not suit Moscow. “The option that we are offered is to create, in fact, two missile defense systems. This does not suit us, ”the minister said in Brussels after the meeting of the Russia-NATO Council at the level of defense ministers.

Speaking of which interests prevail in this matter, Serdyukov said: "This is the position of the United States." “We need to find options that will suit both Russia and NATO. Otherwise, we will return to the old days when the arms race was unwinding, ”he stressed.

Answering the question whether negotiations on missile defense between Russia and NATO are taking place in conditions of mutual trust, the minister said: "There is trust, but there are no results." According to him, Russia does not dramatize the situation, but offers constructive options for cooperation. “The current situation is not dramatized. We are ready to continue the dialogue, both in the Russia-NATO Council and at the bilateral level, ”said Serdyukov, adding that the European missile defense system can become truly effective if it meets a real missile threat, its concept will be developed together with Russia, and the appearance will provide guarantees of nondirection against any participant.

“We confirm our readiness to take an active part in eliminating possible missile risks for Europe, relying on the sectoral approach proposed by the Russian president in Lisbon,” said Serdyukov.

According to him, Russia expects that the views expressed by it at the meeting will be positively perceived by NATO and will give impetus to address fundamental issues about the conditions of cooperation in the field of missile defense.

On cooperation to create a European missile defense system, Russia and NATO agreed at a summit in Lisbon in November 2010. The essence of the Russian proposal is to create a joint missile defense system for the territorial (sectoral) principle of distributing the responsibility of individual countries or groups of states for the detection and destruction of missiles in a particular defense sector. The fact that, if the parties do not agree, a new arms race is possible, Russian President Dmitry Medvedev said earlier.

# {weapon} In turn, NATO Secretary General Anders Fogh Rasmussen, commenting on the outcome of the negotiations, said that the North Atlantic Alliance does not intend to give Russia legal guarantees of non-directional missile defense. “Of course, I understand the requests for guarantees, but I have a clear answer to these requests, namely: the best guarantee you can get is to participate in sincere and close cooperation on missile defense,” he said.

Rasmussen once again stressed that the alliance does not consider Russia as a threat to its security, just as NATO is not a threat to the security of the Russian Federation. “In this positive spirit, we must cooperate in developing a missile defense architecture based on two independent systems with one common goal, and share information to make this system even more efficient,” said the NATO Secretary General.

Also, he pointed out, the alliance does not intend to agree to Russia's initiative on the sectoral principle of creating a missile defense system in Europe. “We clearly stated that we are not ready to adopt a sectoral approach. NATO is responsible for protecting the territory of the countries - members of the alliance, - leads RIA "NewsRasmussen words. - And this is without a doubt. As soon as any country becomes a member of the alliance, it takes upon itself the defense of it in the event of an attack. This is contained in the 5 article of the North Atlantic Treaty. ”

According to him, "NATO does not intend to transfer the protection of its member countries to third countries." At the same time, he once again reminded that he expects to find a solution to the problem of cooperation with Russia before the summit of the alliance in May 2012. “We are still at the earliest stage of this process (in establishing cooperation in the field of missile defense),” he said. - My time forecast: the summit next spring in May 2012. And I hope that we can find a joint solution before this summit. ”

According to him, it is obvious to everyone that the missile defense systems of Russia and NATO are not directed against each other, and cooperation in the field of missile defense "will help to establish a better security atmosphere in Europe and the United States."

Alexander Konovalov, President of the Institute for Strategic Assessment and Analysis, commenting on Serdyukov’s ultimatum on the conclusion of legally binding agreements, told the VIEW newspaper that drafting such a document is not yet possible.

“Europe cannot bear legal obligations to Russia simply because the European missile defense system is not as such yet, it is in the process of being created. What exactly it will be - no one knows. It’s too early to talk about the parameters - the location of the missiles, their number, range and speed, which could be fixed legally, ”the expert explained.

In his opinion, the European missile defense system will not be directed against Russia in any case. “Europeans do not perceive our country as a threat, but they will not undertake any legal obligations,” the expert believes.

We are in Yandex Zen
Commentary on A. Petrov's interview “Fire and Tactics in the Russian Army: Another Look”
A great interview with Sergey Lavrov: about Ukraine, Obama and Iran
1 comment
Information
Dear reader, to leave comments on the publication, you must to register.