The beginning of the preparation of the Second World War 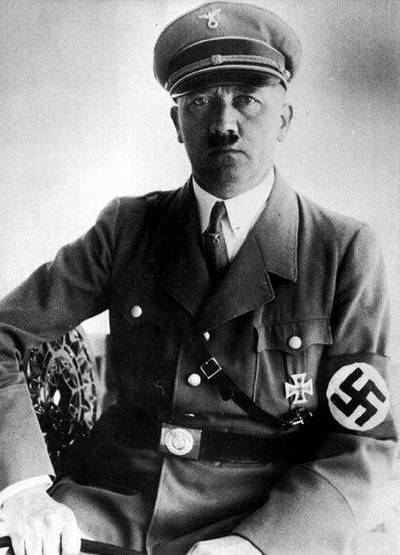 Usually speaking about the preparation for the Second World War, they focus on the events in Europe, but this is not quite true. It all started with the "policy of the Far Eastern Munich" - in September 1931, the Japanese army invaded Manchuria, the government of Zhang Xuelyang was overthrown. It was proclaimed the creation of the vassal state of Japan from Manchukuo. The Commission of Lord Lytton of the League of Nations, which investigated this event, concluded that the actions of the Japanese were unprovoked aggression. But, the world community did not take steps aimed at "punishing" the Japanese empire.


Nobody broke up diplomatic and business relations with Tokyo, did not impose sanctions, on the contrary, Western countries immediately recognized the new state. Although the United States in the beginning of the 1920-s made great efforts to turn the Japanese out of the Russian Far East and Manchuria, since they did not need competitors there. In 1930, the situation was different, the United States was a strategic trading partner of Japan, supplying it with oil. And the USSR was different, Washington is trying to repeat the scenario of the beginning of the 20 century, when they managed to push the Japanese Empire and the Russian Empire together. Therefore, the Western world will continue to look at the aggressive actions of Japan against China "through the fingers."

In Europe at this time, Washington and London have already chosen in Germany a person who will become their tool in the embodiment of the most global designs. Although Hitler thought himself a great genius and believed that he was playing his game, he was only a figure in capable hands. And his plans to unite Europe for a strike on the USSR completely coincided with the plans of the “financial international”. But in order to mislead European elites (Polish, French, Czechoslovak, etc.) who were not aware of the whole scenario, more serious Players, they were misled - the need to strengthen Germany was motivated by the desire to “go to the East”, fight "Marxism". So, already 2 March 1933, Adolf Hitler stated the following: “I set myself a period of six to eight years to completely destroy Marxism. Then the army will be able to conduct an active foreign policy, and the goal of expansion of the German people will be achieved with an armed hand. This goal will probably be East. ”

Already in 1933, the associates of Hitler, Goering, Schacht, Rosenberg and others, conducted negotiations in London on the likelihood of joint actions in the USSR if unrest begins there because of famine. On July 4, military intelligence reported on them to Voroshilov: "A special project involves the division of the Russian market." In the same period, the anti-Soviet campaign was launched in the German press. At the same time, Soviet-German military-technical projects were curtailed, joint training centers were closed. Although trade continued, Germany needed it, as did the USSR.

In the field of diplomacy, the ideas of the Soviet Union about a system of "collective security" in Europe seemingly supported, so with the assistance of Paris, non-aggression pacts were concluded between the USSR and Poland, Romania. Mutual assistance agreements with France, Czechoslovakia. But at the same time Hitler was also encouraged - in 1933 he led Germany out of the League of Nations, created a ministry aviation (which was prohibited by the Versailles agreements). Hitler demands from the League of Nations the abolition of all restrictive articles of the Treaty of Versailles. In 1934, with the help of London and Paris, Berlin concluded a non-aggression treaty with Poland, from then on, the Polish military and political elite began to suggest that Poland, together with Germany, would attack the USSR. Even during the “night of long knives”, when more than a thousand tops of assault troops were destroyed in Germany, they were not indignant in the West. Hitler at that time the most popular personality in the West, he is highly praised. Even the “Jewish question” was not blamed on Hitler when, in 1935, the racial Nuremberg laws were passed, Berlin was not accused of “anti-Semitism”.

Further more: March 1 1935 of the year following the plebiscite Saar region, which for 15 years passed to the international management of the League of Nations, was reunited with Germany; 10 March Hitler announced the creation of the Air Force, 16 March on the introduction of universal conscription. All this was allowed, although it was possible to nip it in the bud, for this it was not even necessary to create a coalition of countries, it was enough only French troops. 7 March 1936, Berlin introduces troops into the Rhine demilitarized zone, a pledge of security to France, in total 30-35 thousand soldiers without aircraft and armored vehicles participated in the operation. Therefore, the commanders received an order if the French advanced their troops immediately to withdraw, not to join the battle. But it is lowered. In 1936, the first concentration camps were already operating in the Reich, the dissenters were persecuted, but this did not bother anyone and the Olympic Games were held in Berlin. In 1937, the German delegation was warmly welcomed at the World Exhibition in Paris.

There was a loan of Germany by British, Austrian, American bankers. Standard Oil is building an oil refinery in Hamburg, reports IG Farbenindustry special additives for the production of jet fuel. General Motors cooperates with Opel and IG Farbenindustry. Morgan is financing the construction and modernization of aircraft factories. Quite right, Schacht during the Nuremberg process will say: "If you, the Americans, want to indict the industrialists who helped arm Germany, then you must charge yourself." Moreover, the cooperation of the American business with the Reich continued even during the Second World War.

Paris in this period was also confused, on the one hand, the revival of the power of Germany, crossed out the fruits of the victory of 1918 of the year, the dreams of French leadership in Europe. On the other hand, Paris was frightened by the threat of "communist" Germany, if it was repelled, did not help in development. In addition, Paris in tandem with London was largely driven.

This danger was clearly seen in Moscow, so when meeting with Lord Eden in Moscow in 1935, Stalin said: “I think the situation is worse now than in 1913”, because then there was one hotbed of military danger, and now two - Germany and Japan. In Moscow, they understand that they are simply being substituted. The policy of “appeasement” of Hitler, the reluctance of Paris and London to take concrete steps to prevent the outbreak of a big war in Europe, together with Moscow, spoke about this.

Thus, it must be understood that the aggression of Japan and Germany, prepared not only in Berlin, Tokyo, but also in the offices of the United States and Great Britain. It was the United States and Great Britain that were the real instigators of the war, its organizers, who until now had not been punished for their crimes of world significance, for organizing a slaughterhouse in which tens of millions of people died, and quite specific people of “financial Internationals and their people in the power structures of England and the United States.

We are in Yandex Zen
The army of Manchukuu: how the Japanese created the second “Manchu empire” and its armed forces
Russian in the fight against Bolshevism in China
1 comment
Information
Dear reader, to leave comments on the publication, you must to register.