6 2014 June
112
Eight officers of the Ministry of Internal Affairs of Ukraine, who are former employees of the Berkut unit from the Chernihiv region, refused to go to the south-east of the country to participate in the so-called "ATO". For this, the "Minister" of the Interior Arsen Avakov fired them. He reported this on his Facebook page at https://www.facebook.com with an inherent touch of dill (spelling and punctuation preserved):

All the same, the war is a hard litmus. Who is fighting, who is hiding .. Decided to dismiss eight ex-berkutovtsy from the Chernihiv region. Refused to go on a business trip to the ATO zone. I didn’t even begin to discuss .. Their comrades entered yesterday as part of the ATO forces in Krasny Liman, showed themselves from the best side - and these ..
Just a few days ago, the dead were killed ex-Berkutovtsy from Ivano-Frankivsk. War makes the world black and white, shades go away .. 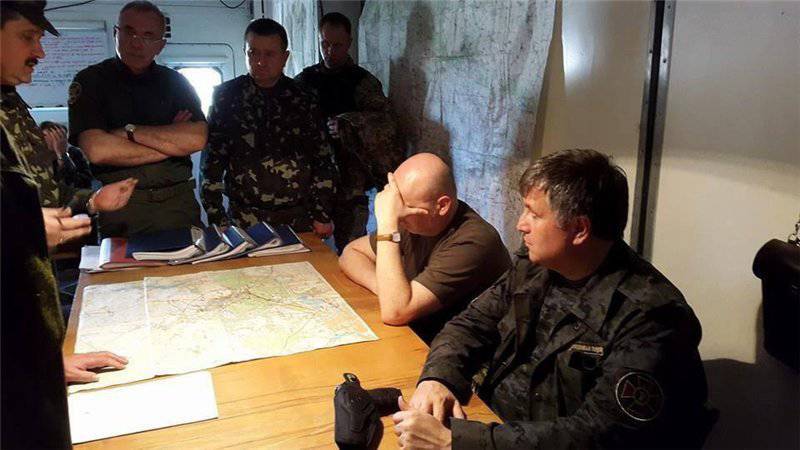 The same Avakov, who has taken a fancy to Facebook, tells what exactly he managed and failed to do as “minister” for 100 days in this position (spelling and punctuation are preserved):

What is really important to me these days, I will honestly say what I consider to be an achievement: In Kharkiv, we did not allow the separatist scenario. They did not let Kharkov translate into chaos. I acted hard in those days, but I knew that I was doing the right thing and I knew that the Kharkiv people would support me. Thanks to them and thanks to everyone who really helped, but not PR. Thanks to my Kharkiv team - did not disappoint at the decisive moment!

And I am also proud of how we work, recreating the National Guard of Ukraine. The armies are not built, of course, in a couple of months - but this is already clear - the step was correct, the pace is good and the result for the country will be very significant!

It was possible, in cooperation with all structures, to hold these most difficult elections in stories country. No matter how they scolded the police, sometimes it is deserved, sometimes not - but then they worked clearly. This is a plus.

We shouldn’t talk about high-profile investigations - we’ll talk after the court session when things get to the logical end.

But that EDAPS managed to knock off - plus. The EDAPS that had been in the corruption business for a decade under all governments and ministers. And we managed to make the printing of passport forms cheaper and more transparent. Plus a step closer to Europe!

Could not move on the present reform in the system of the Ministry of Internal Affairs. The current situation in the country was set by other urgent imperatives - for some period of time the stability and controllability of the system rose above the quality - alas - but the preparation was good, thanks to Eugene Zakharov. I hope that no matter what, we will begin perestroika and reform on the march.

And for these 100 days I got so much negativity, that is enough for a lifetime. Negative for everything - for the cause and not - more for the anger of the accumulated human .. Such is the fate of this work, this position .. Time has fallen - tests and destruction, occupation and war, betrayal and deaths ..

Yes, I almost forgot - my work and Kolomoisky was highly appreciated in Russia - they got a corner. a business. And you say ..
A lot of things were bad and good. Not to reflex now. Time is different. War. God forbid, not for long!