July 19 2013
30
In many textbooks, one can find mention of the appearance of an unidentified flying object off the coast of California, USA. This fact cannot be refuted, since it is practically the only case in stories humanity when the UFO appearance was filmed.


But for many years it remained a mystery what this mysterious object was and for what purpose it appeared off the coast of the USA. Today, in the era of declassifying the documents of the CIA and the KGB, it can be said with certainty that there are real grounds for asserting that an object that had risen from under the water and shot up high did not come from far space, but is of quite earthly origin. But is it? 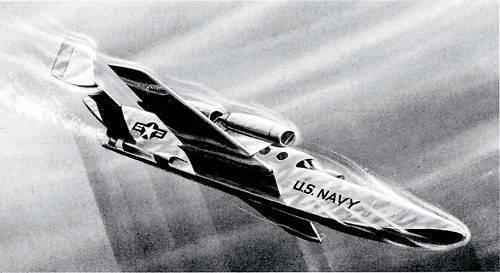 Submarine Conveir, 1964: this project could be one of the most successful in the development of winged submarines, if not for the resistance of US Senator Allen Elender, who unexpectedly closed funding 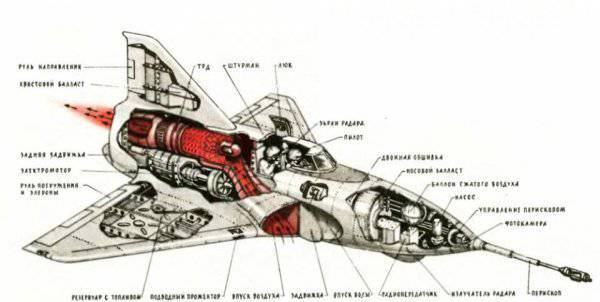 Winged submarine Donald Reid Commander-2
Developed with the participation of the US Navy in the 1964 year, this submarine in the form in which it is shown in the diagram and figure, never existed in reality

The first proof that the object seen and filmed is of a terrestrial origin can be found in the report of Richard Colen, who at that time worked as an assistant to the sheriff of the local police. On that day, he was on duty and in his report to the management indicated that he had managed not only to carefully examine the object, but also to film it. “This is definitely not a UFO. Outwardly, it is very similar to the aircraft, so that it is possible to assert with confidence about its earthly origin, ”writes Colin in a report.

Only after cadres with sensational content circled the whole world, and Colin’s report only supplemented them, did the United States government propose the official version of the appearance of an unidentified flying object. "UFO off the coast of California is nothing more than a sample of the secret development of Soviet designers, and this device was tested by the USSR military near the island of Katolina," said the White House press service in response to numerous questions from journalists.

Charles Brown, a staff member of the Office of Special Investigations of the US Air Force in 1965-1983, told the following: “In my opinion, this only tells one thing - have we really really lagged behind the USSR in science? No, I do not think so. Maybe in this case we are witnessing an oversight or flaw in intelligence? I'm sure of it. ” From the words of a person who was actively involved in the investigation of a mysterious incident, we can conclude that in the United States at that time everyone was sure that the appearance of the object was the work of the USSR, and the main responsibility for the appearance of the Soviet object at its own banks was assigned to the intelligence department. .

In turn, in the USSR, all statements by the US government reacted very calmly. There were no public speeches with a refutation of the versions put forward by a political opponent, there were no ultimatums, everything indicated that all statements from overseas did not at all concern the Soviet Union. The top leadership of the country did not confirm, but did not refute, the information that secret development of completely new submarines is being conducted in our country. 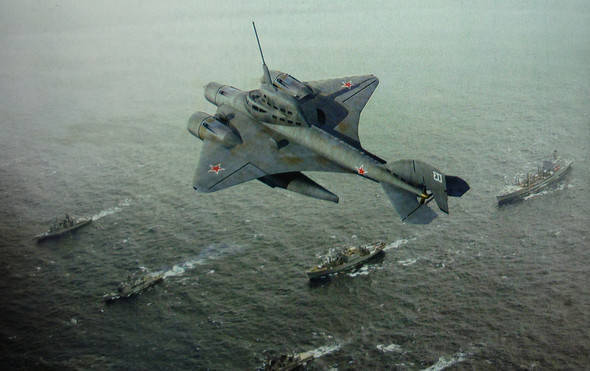 And now, when a significant part of the Soviet military archives was declassified and became available for review, the researchers managed to establish that the mysterious object that American naval sailors encountered in the waters of the Pacific Ocean could indeed be the latest development of Soviet designers.

Back in the 30 of the twentieth century, Soviet designers tried to build a unique design - a flying submarine (LPL).

The chief designer of a military facility that was unique in its technical characteristics was Vasily Ushakov - a talented Soviet designer, whose name is associated with a huge number of marine technical equipment for both military and civilian use. According to the idea of ​​the designer, the LPL should in its form resemble an airplane, the body of which is made of heavy-duty alloy. LPL had to rise to a height of 800 meters and with the help of three engines to reach speeds of up to 300 km / h. It was assumed that the air LPL will be able to overcome huge distances, and then again submerged in water in a given square. Especially for this, designers have provided hermetic compartments for hiding engines. It took only 90 seconds to switch from flight mode and landing on the water until the LPL was fully immersed. 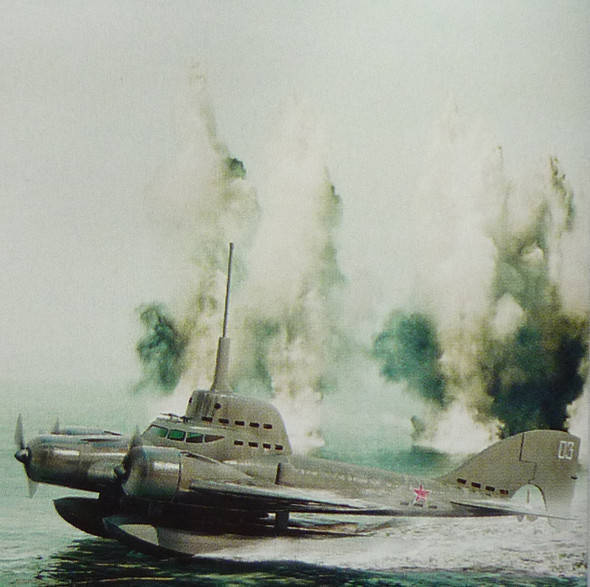 “According to Ushakov’s plan, his submarine, taking into account the fact that the plane flies faster,” says Konstantin Kulagin, an expert historian of the Navy of the USSR and Russia, “should emerge by air and instantly change its position, which is extremely beneficial in opposing fleet the adversary. "

At the same time, Russian historians in the version that in the 1963 year off the coast of California it was LPL Ushakov who surfaced do not believe it. First of all, they point to the fact that there is no evidence that such a device has ever been launched. Obviously, the grandiose project of Vasily Ushakov remained a project on paper.

But if in the USSR they could not build an aircraft capable of launching from under the water, then the American designers coped with this task, and, it should be admitted, very successfully. 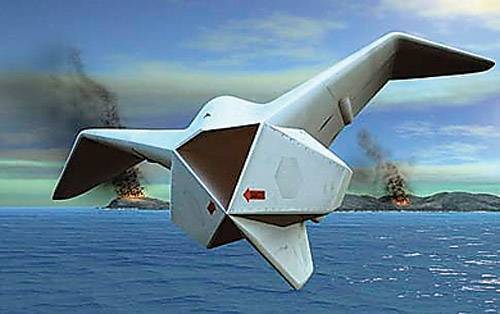 In 1975, the American concern Lockheed Martin introduced the world's first flying submarine. The newest vessel, Carmoran, was able to take off into the air from a depth of 150 meters and accelerate to 400 km / h and at the same time, thanks to the Stells system, remain invisible to enemy radar. Due to its extremely low weight, the LPL in the air performs maneuvers that are not subject to even modern conventional fighters. The main task of Carmoran is to conduct reconnaissance and transfer data to the main ship or to the main command center. For conducting reconnaissance on an unmanned vessel, there are all the necessary technical means, from video cameras to radio interceptors.

To date, the American LPL Carmoran is the only one in the world, but science does not stand still, and perhaps in the near future, such devices will appear in service with the Russian army. Or maybe they already have?
Ctrl Enter
Noticed oshЫbku Highlight text and press. Ctrl + Enter
We are
Flying saucers from the USASubmarine fighters and aircraft carriers
Military Reviewin Yandex News
Military Reviewin Google News
30 comments
Information
Dear reader, to leave comments on the publication, you must to register.