Preparing the USSR for war: a feat worthy of titans

9 2011 June
7
The preparation of the USSR for a world war was comprehensive: developing the national economy, increasing the capabilities of the Armed Forces, creating new models weapons, conducted mass educational patriotic work. The Soviet state at a rapid pace increased its power. In the causes of the Victory, one cannot underestimate the scale and great importance of the simply titanic work done by the peoples of the USSR in the pre-war years. The first (1929-1932) and the second (1933-1937) five-year plans brought the country into the ranks of the most powerful industrial powers of the planet. Giant enterprises of ferrous and nonferrous metallurgy, chemical industry, mechanical engineering, energy were built, and new industries were actually created.


The take-off was simply amazing, in 20-ies the country was a backward state, which lost even what it was in 1913, mostly agrarian. What other countries took decades and even centuries, the Soviet Union has done over the years. 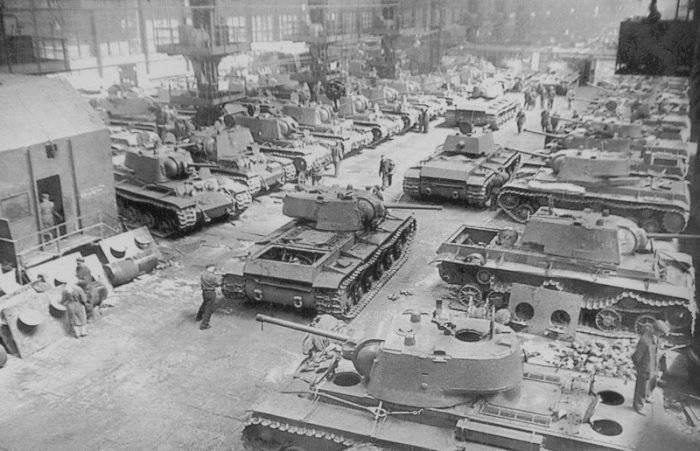 Assembly shop tanks KV-1 of the Chelyabinsk Kirov Plant. It is clearly seen that all the hulls are already of a “simplified” type with a direct feed sheet, and the towers are both welded and cast. Spring of 1942.

Thus, according to the People's Commissar of Weapons, Boris Vannikov, “a deeply thought-out and precise mobilization task was set in the industry. It consisted in creating head factories, design bureaus, and research institutes designed to design and then develop new advanced weapons in mass production; produce weapons in the size necessary to supply the army in peacetime; to provide weapons in quantities that meet the mobilization needs in case of war and to compensate for losses in its initial stages, and thus give an opportunity, within the timeframes set by the mobilization plan, to ensure the deployment of military and civilian industry until the weapons are fully provided for the war.

In 1930, at the XVI Party Congress, it was decided to create a new metallurgical base in the east of the country, inaccessible to aviation enemy, this decision actually saved our state from disaster - at the beginning of the war almost all the metallurgy of the South and the Center was either lost or taken out and has not yet started working in new places. If it had not been for the creation of capacities in the east of the country in the pre-war period, it would have taken several years to compensate for the lost capacities, the war would have been even longer and more bloody.

The 18th party congress, which took place in March 1939, decided that the main focus of economic development is still the growth of heavy industry, great attention should be paid to the creation of powerful industry in the east of the USSR. In 1939, it was decided to build and renovate in 1940-1941. aircraft factories. After it, the power of the Soviet aircraft factories was about one and a half times higher than the capacity of the German aircraft factories. In addition, they created new fighters, bombers, attack aircraft, which were not inferior to world analogues.

At the XVIII Party Conference last February 1941, the Chairman of the State Planning Committee N. A. Voznesensky rightly noted that modern war "is a war of motors, ... is also largely a war of reserves, ... requires huge raw materials, fuel, metal and productive reserves ...". 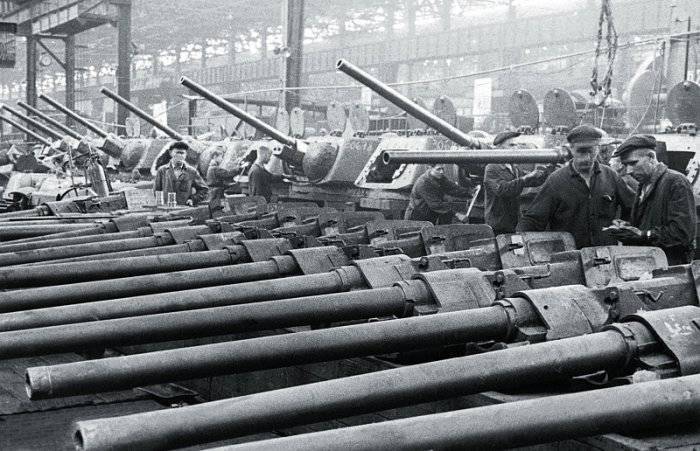 A lot of work was done in the tank industry, by the summer of 1941, its production capacity also had to surpass the German one and a half times. Began mass production of new tanks KV and T-34, Germany did not yet have such machines. The artillery industry was developed, since May 1940, by the beginning of the war, the gun fleet has been increased by one and a half times. Created mobilization stocks of all kinds. During the years of the third five-year plan, the growth of military production annually was 39%, with the growth of the entire industry in 13%. By the beginning of the war, a new tank industry was actually created, the aviation industry was qualitatively rebuilt. The foundations were created for the qualitative renewal and growth of the production of small arms and artillery. The Navy was regularly replenished with new warships and submarines.

Training of the Armed Forces: in 1939, the transition to a personnel system of recruitment based on universal military service was completed. From August 1939 to June 1941, the army grew more than two and a half times - to 5,4 million people. In 1940, 9 created mechanized corps, the Air Force was reorganized - 75 divisions and 5 brigades were created for war, of which 25 divisions were at the formative stage. Army quickly re-equipped.

In the prewar period, the state actually destroyed or routed the “internal enemies”, the possible “fifth column” of the enemy. Society was united and united. At present, one can find a lot of literature that says that Stalin did not invent "internal enemies", they were. From the very beginning, among the Bolsheviks there were “patriots” and “internationalists” (or “Trotskyists”), in the end “statesmen” led by Stalin gained the upper hand, but the “Trotskyists” did not disappear, they still held many important posts. Therefore, in order to save the state in the face of imminent world war, to save the people and socialism, they had to be destroyed. It is clear that in the process of repressions innocent people were also injured - even now, according to various estimates, approximately every tenth person is innocent in prison. For this, they also carried out a “purge” of commanders in the army, drunkards were fired, politically unreliable, someone was arrested and shot. As a result, the influence of the "Trotskyists" in the army was undermined, the combat capability of the army did not suffer, those commanders who "later" showed themselves from the best side "went" up.

In the prewar years, Soviet military thought correctly as a whole correctly assessed the changes taking place in the Armed Forces and in the world. In April 1940, the General Staff developed an operational plan to repel a possible German attack. A.M. Vasilevsky, who was at that time the first deputy chief of the operational department of the General Staff, reported that Germany was considered the main opponent, Italy would also side with Berlin, but her role would be insignificant. Finland, Romania, Hungary will also come out against the USSR. Chief of the General Staff B. M. Shaposhnikov believed that the war would be limited to the western borders of the USSR, therefore the main forces were concentrated here, but in order to fully guarantee security in the east of the state, there were forces that guaranteed a “stable position” there. It was correctly determined that the future war would be maneuverable, but would be protracted and would require the maximum stress of all the spiritual and material forces of the state and society. Soviet military thought developed a completely new theory of deep operations.

The society was prepared for war - year after year the work on the patriotic upbringing of children, youth, and the entire population was going on.

As a result, it can be said that, despite a number of mistakes, the foundations of the economy, the development of the Armed Forces, and the education of the population were laid in a timely and correct manner. And it is in the shortest possible time. This was confirmed by the Great Patriotic War, the USSR and its peoples with honor endured the most terrible history human war, not only won, but became even stronger. And no one expected this, it was believed that if the USSR won, it would be so weakened that for many decades it would not be able to influence world processes. The USSR and its peoples performed three titanic feats in just two decades: they prepared for a world war, were able to defeat it and restored the country, becoming even stronger. There is nothing of the kind in world history. 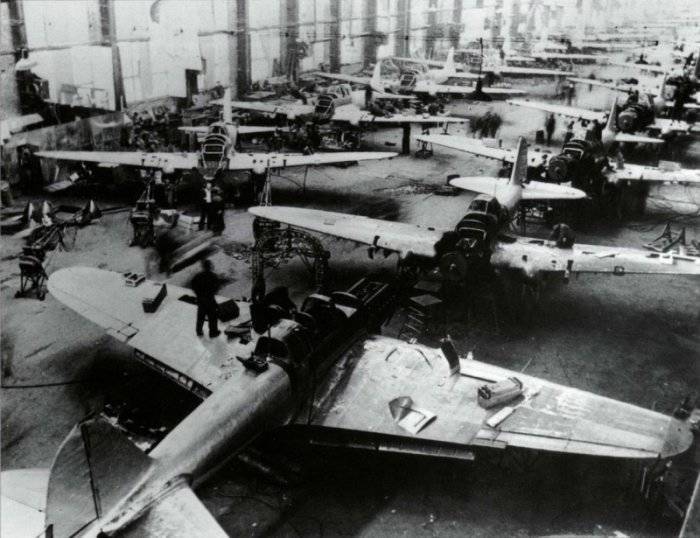 We are in Yandex Zen
The entire war was being prepared for the use of chemical weapons by the fascists ...
Leaders of hunger
7 comments
Information
Dear reader, to leave comments on the publication, you must to register.