July 20 2013
31
Intelligent dissidents privatized history protest movement in the USSR. But in reality, in 1950-60-s, the epicenter of this struggle was in the midst of the labor movement - they accounted for the absolute majority of 3 thousands of protest groups. Their main demand is a return to Leninist democracy. Some combined it with the call to be friends with the United States. By destroying them, the authorities generated liberalism and fascism (founded by Georgians in the USSR) among dissides.


The period after Stalin's death and until about the middle of 1960's looked strange: on the one hand, the practice of pseudo-convictions was formally discontinued and some kind of legality was introduced; the punitive apparatus was stripped of odious personalities; appeared civilian oversight of law enforcement agencies. On the other hand, even legally, the GULAG continued to exist until the 1960 year, and according to the infamous 58 article in the RSFSR, it was tried until the 1961 year.

Such a dual system of the Soviet system naturally caused the revival of protest groups - when people believed that the imminent offensive of complete freedom would be achieved, and by their actions they tried to bring this moment closer, “prompt” something to the authorities. And in response, they received repression no worse than Stalin: according to 58 and similar articles, the leaders of the protesters (or “especially dangerous protesters”) received the 10 years of the Gulag, the other participants received the 3-7 years. 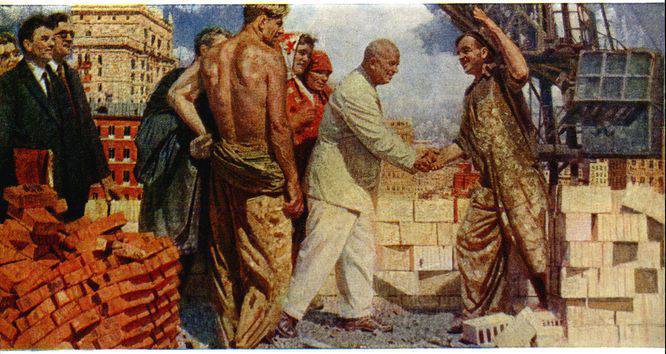 At the same time, the overwhelming majority of “dissidents” (percent of 85, no less) then constituted two protest movements. The first, represented mainly by singles in the RSFSR and other republics or groups in the Baltic States and in Western Ukraine, was sharply anti-communist and moreover, often pro-German and pro-American. Hitler or the United States were perceived by them as a symbol of "order" - as opposed to Khrushchev's "disorder". Most often such thoughts were pronounced by front-line soldiers who saw life in Europe in 1944-45, as well as American and British allies (while the archives today say that among the front-line soldiers then there was a firm belief that the USSR was able to defeat Germany only with the help of the Allies). Either people who lived in the territories occupied by the Germans or hijacked to work in Germany.

Here are the typical arguments of these people, recorded in their criminal cases (hereinafter in quotes, quotes from the book "Seduction. Dissent under Khrushchev and Brezhnev." Edited by V. Kozlov and S. V. Mironov):

“Stoker from the Moscow region, 1958-59 years. "Hitler was the only intelligent man who wanted to bring freedom to the Russian people, to free them from slavery."

"Two residents of Nizhny Tagil in August 1953 of the year, having disassembled the railroad tracks and caused the crash of a passenger train, expected that after that they would be met by US agents and would receive a reward from them for the sabotage they had committed."

Blacksmith during the war went to serve in the German army. He declared that the Soviet Army defeated Germany thanks to the help of the British and Americans. He praised the American and German armies. He praised life in Nazi Germany. He told that the German army was in good order and discipline, orders were carried out strictly, the planes took off at exactly the specified time. And in the Soviet Army panic discipline, orders are executed out of time. He decomposed discipline on the collective farm, urging people not to rush into work. ”

“GM Novikov, duty officer of the Petropavlovsk Port Marine Station, was sentenced in 1958 to 6 years of imprisonment.

Workers called slaves, chief - sir. After work, I never stayed behind, explained that you need to have time to listen to the Voice of America radio, you can hardly hear during the day and good at night. 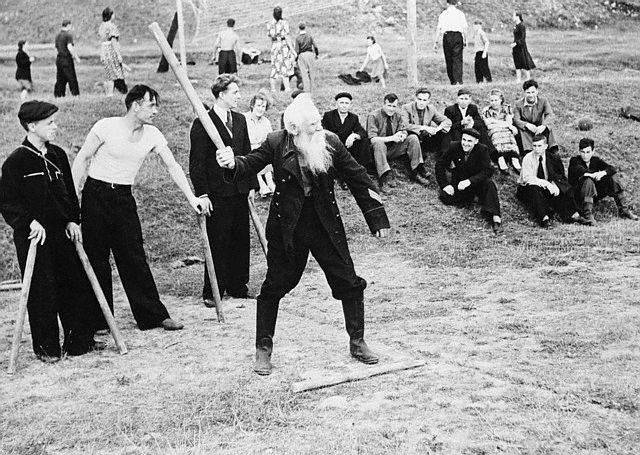 The magazine America wanted to use it as a pass when the Americans came to the city. Also, during the occupation, the Americans will give him the first chair in Petropavlovsk. He said that the United States would bomb the den of Moscow, but we have nothing, nothing to fight. He declared that America saved us in World War II. He said that if Americans came here, they would not even regret their puppies, i.e. children, and would go against the Red Book, i.e. the communists.

In Sverdlovsk, handed a letter to American journalist Martin Paul saying: “To the President of the United States and the Great American People. We await from you our liberation from communist slavery. Russian people".

A small group of “dissidents” (percent of 10) was represented by sectarians. Here is one of the samples of their agitation:

The collective dominion of the Antichrist came in the 1922 year - from the day of recognition of power by the West. A little more than 2 years remained until the coronation of the single lord of the world. During this period, a revolution will be accomplished throughout the world. Anarchy, and the election of the lord of the world, is a period of time. ” 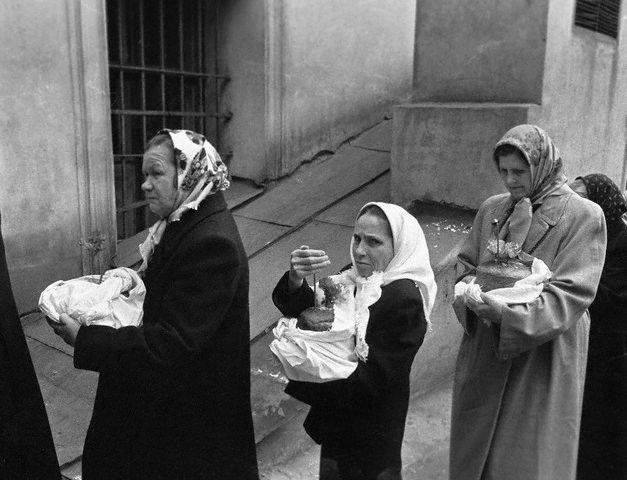 Finally, the most significant part of the protesters were groups of workers. Archival materials show that until the end of the 1960s, the intelligentsia practically does not participate in the struggle against the Soviet power (or these were isolated cases). The vast majority of protesters are workers as well as students. Their main demands were a return to Leninist democracy, and there was no talk of any liberalism or nationalism (later they were represented by Sakharov and Solzhenitsyn). The Soviet people for the most part believed that socialism was the most advanced model of society, and in the USSR under Stalin and Khrushchev it was perverted. But - a little effort, and everything can be fixed.

Only at the end of the 1960-s of such protest groups in the USSR were special services counted 3096, as a rule, they consisted of 3-5 people. The names of the most active and most brutally suppressed by the authorities show what ideology they adhered to: “Novaya RSDLP”, “New Leninists”, “Union of the Struggle for Justice”, “Party of Struggle for Reality of Leninist Ideas”, “Union of Struggle for the Liberation of the Working Class” , “Workers 'and Peasants' Party”, etc. It is interesting that a great many of them used Lenin's works (for example, “What to do?” And “Where to start?”) Among their program documents. Apart from Lenin, Bolsheviks destroyed by Stalin — Trotsky, Bukharin, and so on — appeared among ideals other than Lenin.

Here is a sample of the leaflets of the movement “Union of Communists-Leninists” (its leaders received years in 7-10 camps), 1956 year:

“But where is this freedom? Where is the freedom that was conquered by Lenin? Stalin's dictatorship buried freedom. The political activity of the people has disappeared, silence and whispers have come to the place of free speech. Friends! Under the banner of Leninism, we will destroy the shackles of political bureaucracy! ” 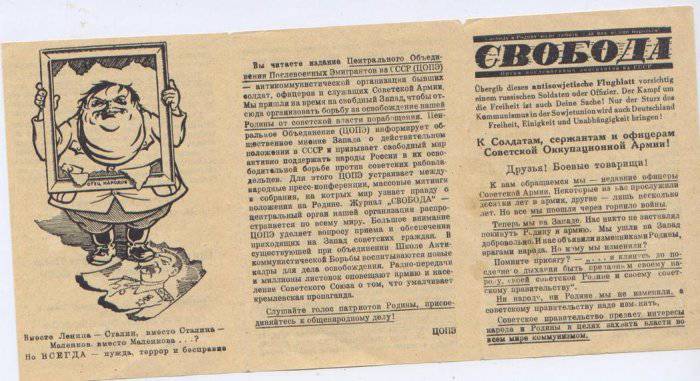 The draft of the device of the new Soviet state, proposed by the “Union of Revolutionary Leninists,” can be taken even today and brought to life - so relevant is it. Here are some quotes from there:

“Systematic control of councils and the public over the activities of the executive.

The consignment. Immediate and significant reduction of the bloated and bureaucratic apparatus. The introduction of part-maximum at the level of average earnings of a skilled worker. Freedom of opinion on how to achieve common party goals.

Respect for constitutional freedoms, abolition of censorship and freedom of opinion in the press and radio.

Revision of the USSR Criminal Code in order to strengthen the fight against hooliganism and manifestations of national intolerance.

Ensuring in practice a living wage for all workers.

Revision of the current passport system as a means of regulating and restricting constitutional freedoms. ”

From the appeal “Workers 'and Peasants' Underground Group, Rostov Region, 1957-58 years (party leaders were convicted: Kostornov - for 10 years, Taranuha and Boldyrev - for 8 years, Polirov - 4 of the year, the rest of the members - for 3-4 of the year) :

“The monster Khrushchev divided the people of our Russia into the 4 class.

1 class - the Communist billionaire capitalists who have all the power and enslave the people.

The 2 class is the same as the communists, but only those who are renowned and careerists, carry out the orders of the capitalist communists.

The 3 class is also Communist, but only the poor, they don’t have any income.

The 4 class is farm laborers, those workers who are enslaved and have no right and cannot attend any secret communist meetings.

Comrades, soldiers of the Soviet Army! Equip the workers with weapons! Do not beat your brothers, sons, sisters and mothers. Arrest your enemies on the site of your headquarters.

Beat Khrushchev dictatorship, free the people from the egoistic way of life! Down with the serfdom of the peasantry!

Long live free popular democracy! The will and freedom of all the people! ” 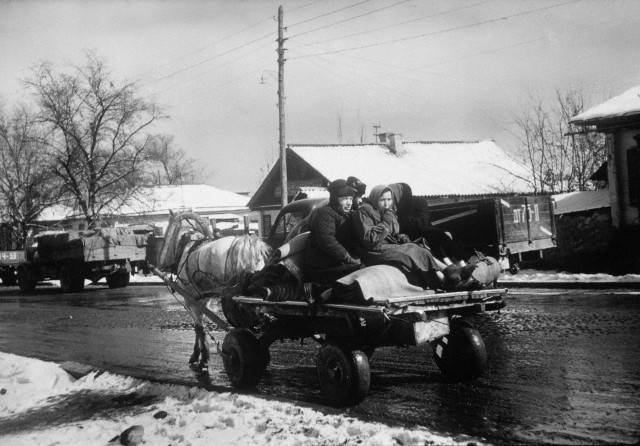 Later, dissident intellectuals assured society that it was they who were the first to take part in an organized demonstration against the Soviet regime - first on Pushkin Square in 1967, and then after the invasion tanks USSR to Prague in 1968.

But it is not. The first performance of the people took place on November 7 1956, when a group of revolutionary youth headed by M. Krasilnikov with slogans “Down with Khrushchev!”, “Down with the party clique!”, “Long Live Free Hungary!” Passed through the streets of Leningrad.

And as a single person, or from 3-4, the speeches of those years were not counting. Here are some cases. “The worker Magomedov V. in Makhachkala, 14 September, rode a bicycle into the building of the CPSU regional committee, where he made a fuss, gathered the public and, with a large gathering of people, shouted that he hated the Communists. That they seized power, called upon those present to go and beat the Communists. ” "The postman of Sveshnikov in Moscow on the Arbat 18 July 1958, shouted" Down with Khrushchev! "," Long live America! ".

By the end of 1960, the Soviet secret services practically completely suppressed the workers' protest movement (the apotheosis was the shooting of workers in Novocherkassk on 2 on June 1962 of the year - by the way, this year and in previous years, the Putin-Medvedev authorities try not to remember this crime). Thousands of people were convicted on the Gulag and in exile, 13 was prevented by a thousand people. 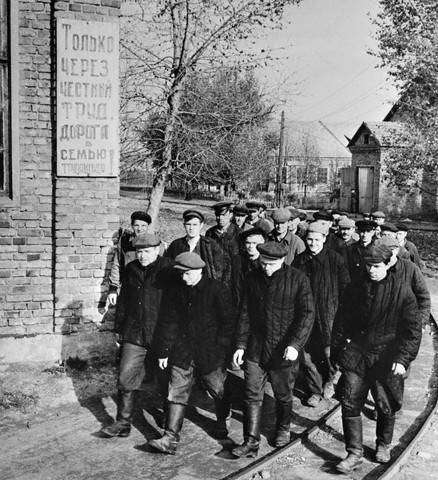 They were replaced by an intellectual dissident movement with liberal and “universal human values”, as well as nationalists of all stripes. It is also symptomatic that today Russian, Chechen, Tatar and other Nazis prefer not to remember who their ancestor was. In April, 1967, in Tbilisi, Petrosyan G.A. and N.Sh.Makharadze was created the first in the USSR “Illegal organization of fascists”. “They also tried to get gunpowder and explosives,” it was written in a KGB report.

It was with such a composition of "dissidents" that the late USSR entered restructuring. It is not surprising that in 1990 they created such an ugly and anti-human system — without the socialists and the social democrats in the political fabric of the country, stubbornly strangled under Khrushchev and early Brezhnev.

Ctrl Enter
Noticed oshЫbku Highlight text and press. Ctrl + Enter
We are
Myths of the Great Patriotic. Did Stalin have prostration in the first days of the war?Women who defeated fascism
Military Reviewin Yandex News
Military Reviewin Google News
31 comment
Information
Dear reader, to leave comments on the publication, you must to register.