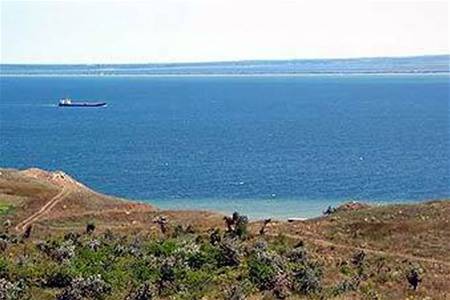 Russia and Ukraine have achieved a “qualitative breakthrough” on the problem of the Kerch Strait. This was stated by the head of the Russian Foreign Ministry Sergei Lavrov, who promised that in the near future the parties will officially announce the agreement. It is possible that Moscow and Kiev have agreed on the option of equal access to the strait without infringing on each other’s interests.

At the same time, the minister did not disclose the details of a “breakthrough”, describing the achievement of a “fundamental understanding” on the problem, and promised that in the near future “an agreement would be reached that covers all three components of this problem in a comprehensive context: the Kerch Strait, the Sea of ​​Azov , Black Sea". Lavrov stressed that the settlement of the issue "can only be complex." “And we need to understand how the already reached agreement along the Kerch Strait itself will be reflected in the line that should go in the Sea of ​​Azov and in the Black Sea. But this is, I repeat, a minor thing, ”he added.

According to Lavrov, "The Kerch Strait is a vital artery for both Russia and Ukraine." “This is access to the Sea of ​​Azov. In the context of geopolitical reasoning and movements that are associated with hydrocarbons, with the transit and other potential of this important region, the Sea of ​​Azov, its legal regime, of course, matter, ”the minister said.

The fact that the disputes around the Kerch Strait, which had lasted after Ukraine’s independence, moved off dead center, http://www.vz.ru/politics/2010/9/17/433326.html became known in September last year, when Kiev proposed using strait on equal terms. Before that, Ukraine insisted that the dividing line should run along the old Soviet administrative border - between the Crimean region of the Ukrainian SSR and the Krasnodar Territory of the RSFSR. In 1999, Kiev unilaterally established the so-called state border protection line in the strait.

In Moscow, it was recalled that the USSR had never drawn water borders between the republics and the distinction indicated by Kiev — formally, only a division of areas of responsibility. According to the Ukrainian version, the border should have passed near the Russian coast itself, so that most of the strait would turn out to be Ukrainian. Accordingly, the ships passing through the strait would have to pay Kiev for being in the territorial waters of Ukraine.

If the Kremlin agreed to this option, Ukraine would have moved the island of Tuzla and the shipping canals, and Russia would have lost its own exit from Azov to the Black Sea.

Tuzla Island is located closer to the Russian coast of the Kerch Strait, and the shallow water space between it and the coast is unsuitable for navigation. Once it was a scythe, which began from the current Russian coast, but later the sea current cut it off from the mainland, turning it into an island. With the transfer of Crimea to Ukraine in 1954, the island became part of the Crimean region. The attempt by the authorities of the Krasnodar Territory in the autumn of 2003 in the year to artificially restore the sand dam to the island aroused Kiev's anger. Ukrainian border guards landed on Tuzla. At the end of October 2003, Presidents Vladimir Putin and Leonid Kuchma agreed to stop building the dam, which remained until the connection with the island 230 meters, and agreed to use the Kerch Strait together.

The topic came alive under President Viktor Yushchenko, who said that for the passage of Russian ships, Ukraine should take a multimillion dollar fee. Moscow proceeds from the provisions of the Agreement on Cooperation in the Use of the Sea of ​​Azov and the Kerch Strait from 2003, according to which the water area is historically considered to be the internal waters of Russia and Ukraine. Therefore, Russia is in favor of sharing the Kerch Strait.

In September 2010, the Minister of Foreign Affairs of Ukraine Konstantin Gryshchenko made it clear that only a political decision remains to resolve the dispute. According to him, if the Kerch Strait will be operated on a parity basis, the passage of any foreign military and special courts will be possible only with the consent of both parties. Russian observers have noted that equal use of the Kerch Strait is a viable option. State Duma deputy from United Russia, Sergei Markov, indicated that additional consultations would require only the issue of passing Russian warships through the strait, since "Russia needs more freedom in the operation of its Armed Forces."

As Sergey Tolstov, director of the Ukrainian Institute for Political Analysis and International Studies, told the VZGLYAD newspaper, Ukraine’s new position consists of two points: recognition of the border and establishment of a regime for using the Kerch Canal as the inland waters of two states that are shared with equal rights of partners.

Ctrl Enter
Noticed oshЫbku Highlight text and press. Ctrl + Enter
We are
Installed the crew of the deceased attack aircraft found during the construction work of the bridge across the Kerch Strait
Military Reviewin Yandex News
Military Reviewin Google News
1 comment
Information
Dear reader, to leave comments on the publication, you must sign in.