Disinformation of the Kremlin before 22 June 1941 of the year 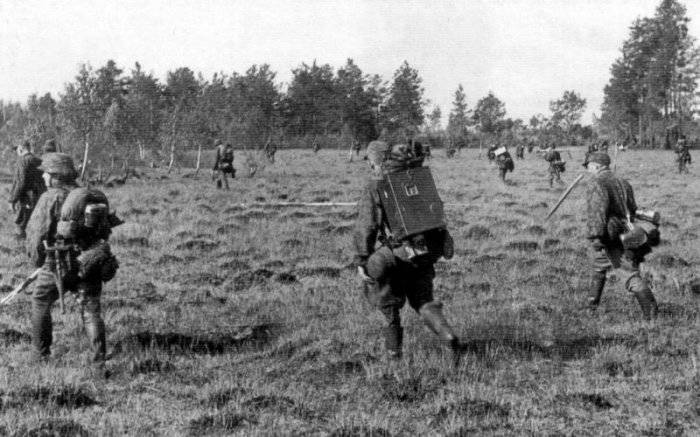 One of the most popular topics. stories Russia and World War II - is this a question, what happened on June 22? There are many answers, one of them - the Kremlin was the victim of a large-scale disinformation campaign carried out by the German special services. According to this version, until the very beginning of the war, Stalin was in the belief that there would be no large-scale war in the 1941 year. His confidence automatically spread to all the military-political leadership of the country, who had a different opinion - left him with him.


In Berlin, they understood that it would be impossible to hide such a large-scale deployment of troops, so they decided not to hide it. But long before it launched a powerful disinformation campaign, which had no equal before in scale. To implement this campaign, a directive was issued by the Supreme Command of the German Armed Forces (OKW). Adolf Hitler, Minister of Propaganda of the Reich I. Ribbentrop, State Secretary of the Ministry of Foreign Affairs E. Weizsäcker, Head of the Führer Presidential Office O. Meissner, Wehrmacht high ranks took personal part in the “Information War”.

- Several explanations for the transfer of troops were thrown into the society: in order to save the main forces before the landing operation against England, against the strikes of the British Air Force, to reorganize them; for psychological pressure on the leadership of the USSR on the eve of important negotiations.

- Actively dismissed reports of the preparation of the landing operation against England, plans of operations were developed against British troops in Africa, Persia, and India. 12 Jun conducted a misinformation operation: in the issue of the newspaper "Volkischer Beobachter" Goebbels published the article "Crete as an example", she hinted that the British Isles will repeat the fate of Crete. She was immediately confiscated by Hitler’s order, Goal's “fell into disgrace,” the newspaper did not hit the population, and the foreign embassies received it. The “performance” caused a real sensation in Germany and abroad, becoming the main theme in London.

- On all possible channels: diplomats, neutral governments, the media, through "double" agents, at the official level, and so on, Berlin gave messages that the world would be preserved. Or, in extreme cases, if a border conflict arises, Berlin will try to solve it by diplomatic means.

- The head of the presidential office, Otto Meisner, he was one of the closest people to the Fuhrer, constantly met with the Soviet ambassador to Germany, V. Dekanozov, and assured that Hitler would soon complete the development of proposals for further negotiations between the Third Reich and the USSR and transfer them to the Soviet government. The same information was transmitted to the Soviet embassy by a Latvian journalist, "double" agent O. Berlings ("Lyceum"), he worked in Berlin.

Information was raised about the possible requirements of Berlin for further cooperation with the USSR. For example: about the long-term lease of Ukraine’s chernozem to solve the German food problem, joint development of oil fields in Azerbaijan (for the Reich the issue of fuel was of great importance). In the field of foreign policy: Berlin hinted at negotiations on the possibility of transferring Wehrmacht divisions through the territory of the Soviet Union for war with England in Persia and India. This became another reason to explain the accumulation of German troops on the border with the Union.

- So, 14 of May 1941, Hitler sent a personal letter to Stalin, where he explained the presence of such large forces at the Soviet border by the need to "organize troops away from the British eyes and in connection with recent operations in the Balkans." He argued that all the rumors about the attack were not true, not to succumb to the provocations of London, promising that withdrawal of troops would begin from June 15-20. He warned that some generals of the Wehrmacht could go on provocations, inspired by the British, and asked not to respond to them. Completing the letter with these words: “I look forward to meeting in July. Yours sincerely, Adolf Hitler. "

- After the article “Crete as an example,” Berlin “fell silent” to strike in a few days. He did not respond to the TASS report from 14 June.

On the whole, the military-political leadership of Germany showed great skill, the plan was a success, in Moscow they believed to the last that the Reich would not strike. But Hitler went on an adventure, for which Germany and the Germans had to pay a huge price.

At present, NATO and the United States are repeating the methods of the Third Reich, before the blow, there is always an information and psychological processing of the leadership and population of the “victim” country. A good example is the deployment of a missile defense system and a new US base closer to Russia, with the campaign that it is “against Iran”, for “defense”, etc. ...

We are in Yandex Zen
Diplomats of the People's Commissariat of Defense: on the eve and during the war
Myths of the Great Patriotic. Did Stalin have prostration in the first days of the war?
4 comments
Information
Dear reader, to leave comments on the publication, you must to register.