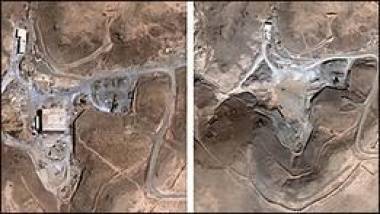 Western countries suspect Syria of being involved in prohibited activities in the development of nuclear weapons. This issue will be considered at a meeting of the International Atomic Energy Agency (IAEA) in Vienna, starting on Monday. The results of the meeting and the conclusions of the commissions will be transmitted for consideration by the UN Security Council.


The IAEA Director General, Yukiya Amano, last week presented two progress reports, according to which Tehran and Damascus are working together to enrich uranium. The reports also noted that Iran continues to store low-enriched uranium at its nuclear facilities, despite a number of UN sanctions.

At the same time, the main accusation against Damascus is the construction of a nuclear reactor in one of the remote areas of the country and the prohibition of access to IAEA representatives for any information regarding the purpose of the constructed nuclear facility, which contradicts the norms and agreements on the development and use of enriched uranium.

Recall that this is not the first object that Syria builds in the desert. For example, in September 2007, Israeli military aircraft destroyed a facility in the Al-Kibar desert, which, according to IAEA experts, was a nuclear uranium enrichment center.

The United States, with the support of London and Paris, in particular, points out non-compliance with international obligations by Syria and requires the UN Security Council to adopt a resolution against Damascus, which, according to Washington, is crucial for maintaining confidence in the IAEA safeguards agreements.

At the moment, the position of Russia and China regarding this issue remains unknown, but Syria has pledged to ensure full cooperation with representatives of the IAEA. The official authorities of Syria are well aware that the refusal to cooperate can lead to irreversible consequences, including military invasion, which today is extremely dangerous for this Middle Eastern state.
Ctrl Enter

We are in Yandex Zen
Innovation Day of the Southern Military District: the Uran-6 robotic complex
2 comments
Information
Dear reader, to leave comments on the publication, you must to register.