US and China, which power will collapse first?

6 2011 June
30
Currently, it is very popular opinion that the United States will collapse if not in the next 2-3 of the year, then through 5-10 of years for sure. Indeed, the States have big problems - huge public debt, stagnation of the economy, unemployment, strengthening of global competitors, loss of the position of the global hegemon, the possibility of losing the position of the world currency by the dollar, etc. But in the 30-s, the United States also had big problems - the Great Depression (1929-1939), the country even had its own “famine”, which is not customary to recall. The Second World War changed everything; States from one of the great powers became a superpower. This scenario may be repeated, or rather, they are already trying to repeat.


China has quickly risen in two decades, but in this rapid growth lies the terrible threat of the same rapid collapse and fall. Beijing is now feverishly looking for ways to solve big problems:

- Overpopulation of provinces with a fertile climate and developed infrastructure, is a metropolitan area and coastal provinces, with the presence of vast deserts and wastelands. To this end, the government is rapidly developing Tibet, Xinjiang Uygur Autonomous Region, Manchuria (Heilongjiang, Jilin and Liaoning provinces). Thus, they try to solve the problem of living space. 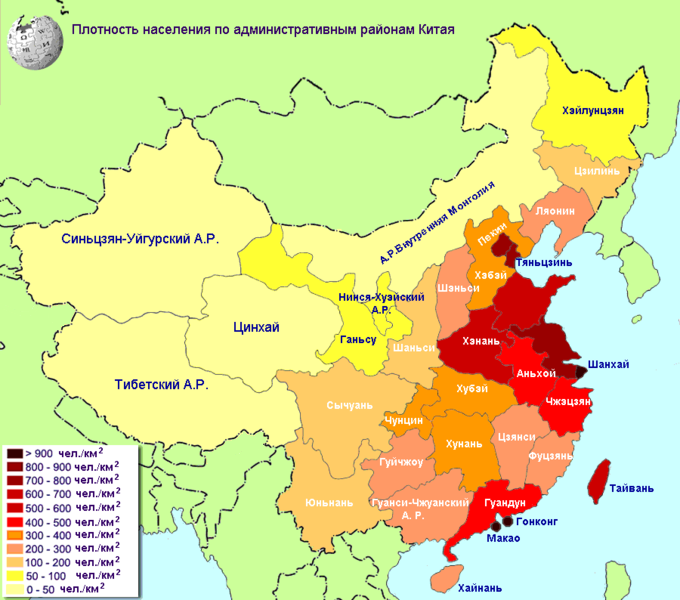 - The national question, China, in the view of the majority of Russian citizens, is a monolith, but about 55 of various nations live there, each with its own national customs, with its own language. Therefore, while conducting intensive colonization of Tibet, Xinjiang-Uygur district, Manchuria, Beijing is also striving to prevent a possible split of the state on a national basis. Anglo-Saxon special services and private organizations are skillfully able to play the "national card". Islamic radicals, Uygur and Tibetan separatists can be a good tool for the division of the country, with the socio-economic destabilization of China.

- The Anglo-Saxons can play the "card of democratization" of China, the benefit of the young generations of Chinese citizens are already addicted to the "joys of life." In principle, creeping processes of “democratic values” are already underway in China - in 1997, homosexuality ceased to be a criminal offense, in 2001 - a mental disorder, in 2009 in Shanghai, the first festival of sexual minorities was held. China has revived the tradition of so-called. Golden Canaries, which is more than 2 thousands of years old. This tradition got its name because the "owners" take care of their mistresses, lodge them in "love" nests and lead them to have fun. It is associated with the growth of the economy and corruption of bureaucracy, the “golden canaries” have become an indispensable attribute for party functionaries, officials and businessmen, a symbol of their status. And this is in the presence of millions of young men who do not "shine" to find a wife. If the sexual revolution has covered Russia at the beginning of the 90s, then it has embraced China in the 2000s. And there are lots of such signs.

The scenario worked perfectly in the USSR - “perestroika”, “publicity” and “parade of sovereignties”.

- The problem is “the circle of enemies”, the United States, in an attempt to destabilize China and destroy it, will be happy to support the majority of neighboring states. Japan, South Korea, Taiwan, Vietnam, India will gladly contribute to these processes. They need a weak, torn by contradictions China. Even better is the civil war in it, where it will be possible to bet on "their" generals and governors.

Thus, the United States can solve its problems at the expense of the "mess" in China. The world will be shocked by the disaster in China, and everyone will benefit from it, solve their problems - Islamists, separatists, nationalists, Tokyo, Taiwan, Vietnam (can capture the Paracel Islands), India, the United States. In general, Taiwan can be used as a "Trojan horse" by restoring the All-Chinese Kuomintang.

The scenario of launching destructive processes in China could be a “dollar collapse”, which will be fully controlled, the US will switch to Amer, and China with its largest dollar reserves in the world will “sit in a puddle” (approximately 3 trillion). In Beijing, this is understood and in recent years they have been diligently getting rid of dollars - by investing them in infrastructure projects within the country, in Africa, Latin America, Arab countries, even in Europe.

This is just one scenario, Washington has already launched a “wave” in Africa, in the countries of the Arab world, under the blow of Pakistan. Another world war on the threshold. According to its results, the Anglo-Saxons can become a completely dominant project on the planet. 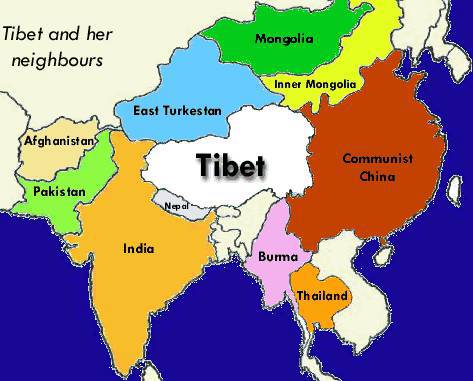 We are in Yandex Zen
Way out of chaos
Military reform as an integral part of the security concept of the Russian Federation: Systematic dynamic assessment
30 comments
Information
Dear reader, to leave comments on the publication, you must to register.