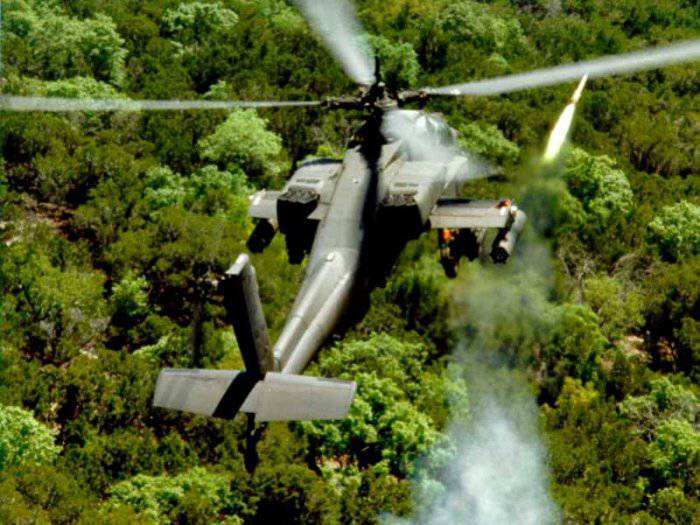 The Allies of the North Atlantic Alliance for the first time used combat helicopters against forces loyal to the Libyan leader Muammar Gaddafi.

The media report that the British Apache helicopters based on the helicopter carrier "Ocean" destroyed the radiolocation station and the army checkpoint, as well as two army installations near the city of Brega.

Strikes were also inflicted on military equipment and the property of troops supporting Gaddafi.

Canadian General Charles Bouchard, who commands the operation, said that '' successful fighting demonstrated the unique capabilities of combat helicopters. We will apply them when necessary, with the same precision with which we perform all our tasks. ”

NATO says that the use of military helicopters provides additional maneuverability to prevent Gadhafi’s forces from attacking civilians who take part in anti-government speeches.

Reuters reminds that the use of military helicopters allows you to track and attack pro-government forces that are trying to hide in densely populated places.

As the correspondent of the BBC, the use of combat vehicles, which fly at lower altitudes and at lower speeds than aircraft, reduces the possibility of accidental civilian casualties. At the same time, these factors increase the danger for military pilots, since Gaddafi’s troops, quite possibly, have housed several thousand man-portable air defense missiles so far.

In recent weeks, the Allied air force intensified attacks on command posts and communications equipment of the Libyan army in the capital, Tripoli. The 90, introduced even earlier, by the day of the operation of the NATO forces, will expire on June 27. On Wednesday, NATO leaders extended it for another ninety days.

On the same day, the UN mission made public its findings regarding the security and human rights situation in Libya. Experts speak of numerous evidences of crimes, including murders and tortures, committed by Gaddafi supporters.

Similar actions, according to the UN, are carried out by the Libyan opposition, but on a smaller scale.
Ctrl Enter