"Night Hunter" and "Alligator" go to the troops 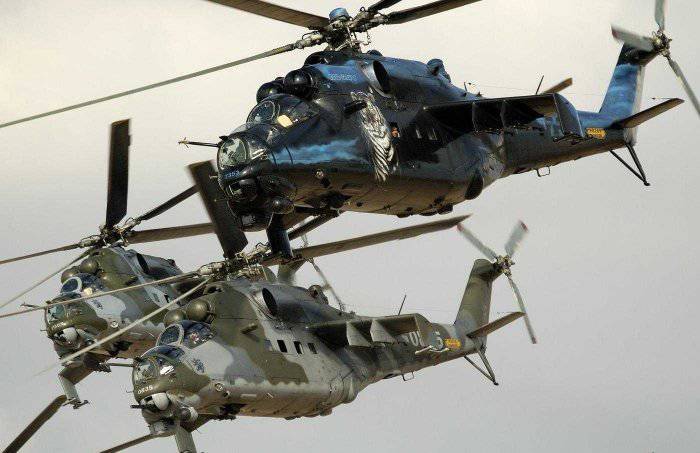 At an impressive pace in recent years, the production of Russian helicopters has been growing. So, if in 2007 102 helicopters were built, then in 2009 - 183 cars, and in 2010 - 214 units of equipment. This year the Russian Helicopters Corporation plans to produce 267 helicopters, and the plan for 2012 involves overcoming the milestone of 300 aircraft. If earlier the industry mainly produced helicopters for civil or export orders, now now an increasing part of the helicopters goes to domestic aviation.

The first noticeable deliveries of helicopters for the needs of the Air Force began a couple of years ago. Since 2007, about fifty new transport and combat helicopters have arrived in the regiments in the Leningrad Region and in the North Caucasus. Also, more than thirty attack helicopters have been upgraded for combat at night.

However, the operation to force Georgia to peace in the summer of 2008 of the year revealed a number of shortcomings in the Russian army - questions were raised about the helicopter fleet. In this regard, it was decided to dramatically increase the supply of new helicopters, otherwise after a while there would be nothing to fight even with Georgia.

The new state armaments program pays great attention to helicopters. The Russian army alone in 2010 will receive more than 100 machines. For example, there are only about 50 aircraft. It should be noted that this number of helicopters is a record since the collapse of the USSR. In the future, the number of deliveries will be about 120 – 160 helicopters per year. For 2011 – 2020, the total number of planned to deploy to the troops around 1500 helicopters. Formation of about 18 brigades of army aviation of army and district submissions is envisaged. Each of the brigades will be equipped with 64 transport and combat and combat units. Airborne and assault assault formations will acquire their helicopter units, which will dramatically increase their flexibility and mobility.

In 95, the Ka-50 single-seat “Black Shark” was put into service. But during the operation of this magnificent flight performance car, including during the period of the hostilities in Chechnya, not only the advantages, but also the disadvantages of the single-seat apparatus were revealed. 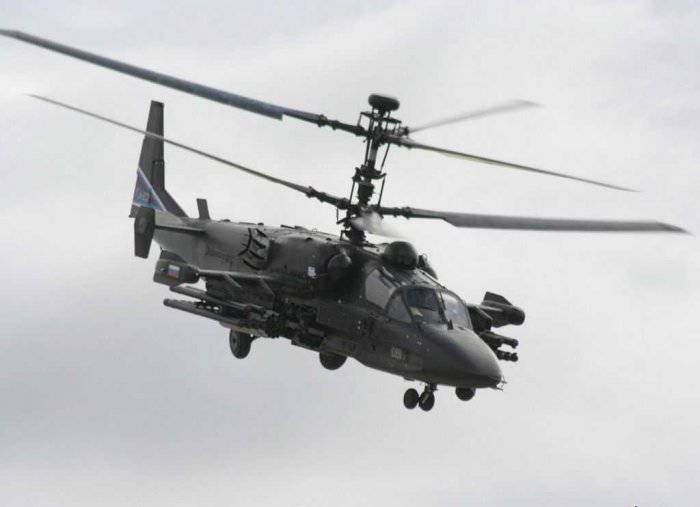 Therefore, it was decided to launch the mass production of the new Ka-52А two-seater attack helicopter, the Alligator. This helicopter, which was created on the basis of the Ka-50, has the same excellent flight characteristics, it is well armed and protected. The need of the Russian army in the "Alligator" is over 150 machines - 36 helicopters have already been ordered. According to the plant "Progress", the company is able to produce up to two such machines per month.

To date, the first 8 serial "Alligators" have already been transferred to Russian aviation. Recently, four of them, Ka-XNUMHA, arrived in the village of Chernigovka, in Primorye, at the second-class airbase. To supply cars to linear parts that are relatively close to the plant is a good and old tradition. New cars break down more often, sometimes need some work, and they are mastered with errors. In this regard, the engineers from the enterprise often have to visit combat units. According to existing plans, all pilots of the air base in Chernigovka will transfer to the "Alligators" before the end of 52. It is possible that a group from the air base will be based on the South Kuriles.

The main attack helicopter in the Russian army is the Mi-28H - "Night Hunter". This combat helicopter has excellent armor, is well-equipped, capable of carrying a large combat load. The helicopter’s armament consists of 30-mm cannon, X-NUMX anti-tank Ataka-V anti-tank guided missiles (ATGM), the range of which is 16 to 6 km, air-to-air missiles, unguided rockets, bombs and bomb cartridges. 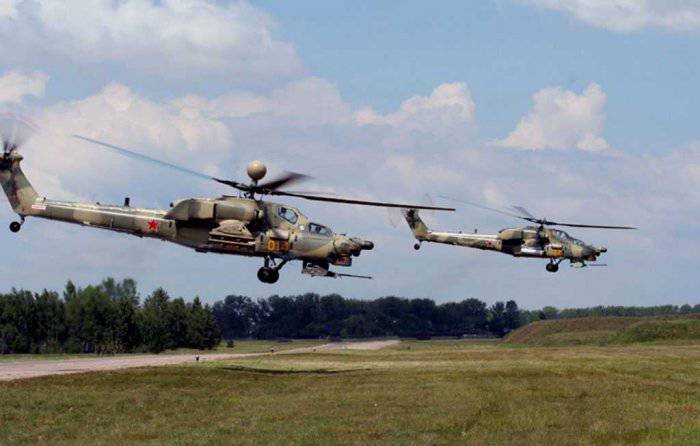 The Mi-28H was officially adopted in the 2009 year. Now 16 helicopters are produced annually, and the plans for production will be brought to 20 – 25 machines. At present, the Night Hunter is available at air bases in Korenovsk and Budennovsk and at the air center in Torzhok. Machines are working out tactics of group and individual applications, take part in exercises. The total number of Mi-28H is already more than forty units, and the needs of aviation up to 2020 of the year are 400 helicopters.

Mi-28H due to on-board equipment can use weapon and fly at night in difficult weather conditions. True, the radar, which is scheduled for installation, has not yet appeared on production vehicles. It is planned that the radar on the "Hunter" will be installed only through 2 year. The Mi-28H will receive both a new optical-electronic system and a new airborne defense complex. The helicopter with all the innovations will be called Mi-28HM. His deliveries are expected in a couple of years.

Forever young Mi-8 and others

But the lion’s share of deliveries is occupied not by percussions, but by transport-combat and transport vehicles. Now there are tests of the Mi-26Т2 modification, the heaviest transport helicopter in the world. At the same time, Rostvertol is conducting an intensive overhaul of the Mi-26 in the troops, many of whom have been laid up for many years.

The troops are intensively supplied with new modifications of the "forever young" Mi-8. Recently 10 Mi-8 arrived at the air base in Korenovsk. The helicopter, equipped with new onboard equipment, engines, is quite satisfied with the Russian military and other consumers. True, in a few years the new, deep modernization of the Mi-8M will replace the current series on the conveyor.

It is expected that in five years a new high-speed (up to 450 – 500 km / h) combat vehicle will appear - its design bureau is being developed at the same time. Mile and Kamov.

The most belligerent aircraft

Army aviation is the most "belligerent" component of the Russian Air Force. Helicopters bear the brunt of military labor in every military conflict. They both strike, and transport reinforcements, and land tactical landings, and take out the wounded, and carry out reconnaissance, and interfere. The part of army aviation in the total mass of combat sorties in most of the conflicts of the past decades is usually 60 – 75%.
Ctrl Enter

We are in Yandex Zen
Vertical take-off aircraft
An-12 in Afghanistan
13 comments
Information
Dear reader, to leave comments on the publication, you must to register.