The criterion for comparing foreign and Russian tanks should be efficiency in combat, and not the presence of a dry closet 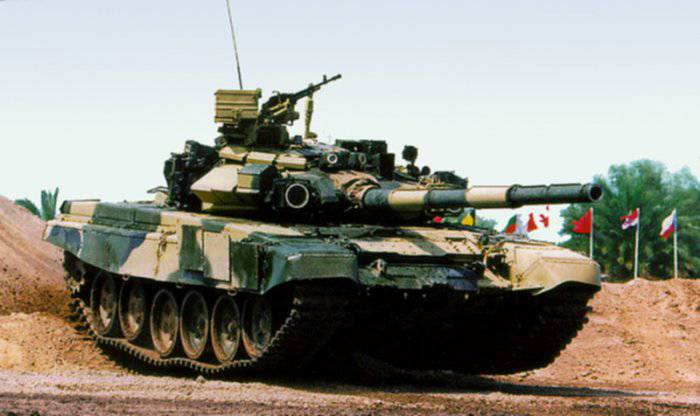 The opinions of a number of military experts and leaders that Tanks Russian-made tanks are inferior to foreign vehicles in their combat capabilities and characteristics, completely groundless, said Vyacheslav Halitov, deputy general director of the Uralvagonzavod research and production corporation for the development of special equipment.

He said that there are a number of criteria on the basis of which a true assessment of the combat capabilities of the vehicle is given, so let us proceed from these criteria. Khalitov, in particular, is amazed by the statements of some domestic experts who state that the main drawback of the T-90С tank is that the ammunition load in it is located next to the crew. But, where is the ammunition on the "Abrams" and "Leopard", is it not next to the crew? - retorted Vyacheslav Halitov.

According to him, the T-90C tank, produced in Russia, shows itself very effectively in confrontation with armored targets, shows perfect reliability on the march. But these experts for some reason do not speak. Further, the production worker said that recently our tank passed 1,5 thousands of kilometers, while there was not a single failure. But can experts who criticize the T-90C show the 1,5 thousands of kilometers that the Leopard or Abrams tanks have passed? He thinks not.

Khalitov noted that the result of a tank battle depends on numerous factors. All these factors must be taken into account, and not to pull out some obscure elements.

He admits that the Russian tank does not have a dry closet, but at the same time it is on the 80 cm below the profile of the Leopard. And if you raise the tower and install a bio-toilet, then the probability of hitting such a tank increases dramatically.

V. Khalitov says that we should not forget that a tank is primarily a combat vehicle. And this machine is designed for combat, and not to make a Europe Plus hotel of a tank.

Statements of a series of so-called. According to V. Khalitov, military experts, regarding the fact that domestic tanks allegedly are thoroughly inferior in terms of armor protection to advanced foreign analogues and therefore need to acquire armor abroad, do not stand up to scrutiny.

He says that at present all this advertised foreign armor has not shown itself anywhere. Along with these, there is a mass of photographs in which it can be seen that the same "Abrams" are making their way through 12-mm ammunition from the back of the tower. Therefore, to assert that Western armor is better than Russian, this is not true.

According to V. Khalitov, domestic armor is currently one of the best in the world, and therefore there is no need to spend huge amounts of money on new capital developments in this direction. At the same time, these works do not stop. Already, Russian tanks are equipped with fifth-generation dynamic protection, active protection is being used, and systems for remotely detonating mines According to V. Khalitov, all this together gives a good protection of the tanks, not only no worse than that of the "Leclerc" and "Abrams", but even better.

He explained that there is such a thing as a weakened zone. As an example, the weakened zone of the frontal projection of the tank. So, the T-90С ratio of weakened zones on 10-15% is lower than that of the same Abrams and Leopard.

Thus, V. Khalitov said, domestic technology is not worse than its Western counterparts, and this is confirmed by the participation of our tanks in various armed conflicts.

Earlier, Alexander Postnikov, commander-in-chief of the Ground Forces, stated that those samples of military equipment and armaments that the armed forces receive according to the nomenclature of the Ground Forces, including missile and artillery weapons, and armored vehicles do not quite correspond to Western models.

Speaking at a meeting of the Federation Council Committee on Defense and Security, he cited the main battle tank T-90С as an example. In his words, this lauded T-90C is the seventeenth modification of the T-72 tank, worth 118 millions. According to the general, for that kind of money you can buy three Leopards.
Ctrl Enter

We are in Yandex Zen
Armored vehicles of Ukraine: results, potential, prospects ...
Is the old well forgotten to become the new? Part-2. By call of honor and duty
45 comments
Information
Dear reader, to leave comments on the publication, you must to register.