On tests in Thailand, the Ukrainian BTR-3EX1 confirmed their high performance. 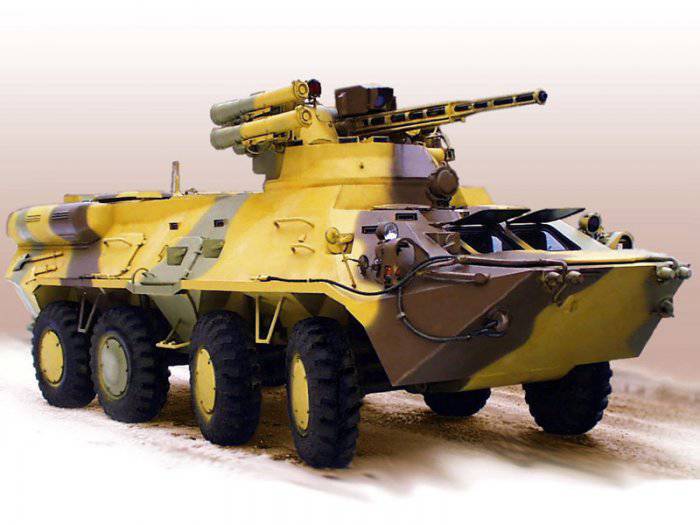 A demonstration of the technical and combat capabilities of the first batch of BTR-3X1 armored personnel carriers took place at the Sa Keo (Thailand) training ground in the presence of the country's top military leaders, the press service of Ukrspetsexport reported.

This party was delivered to the Thai army as part of the contract concluded between Ukrspetsexport and the Thai military.

All 12 machines of the first batch were involved in the show. Managed by Thai crews, the BTR-3Е1 demonstrated high-speed movement over rough terrain, successfully overcame land and water obstacles, and maneuvered afloat. Separately, live firing at training targets from cannons and machine guns of the BM-3M “Sturm” combat module from firing lines and on the move, as well as missile launches from the Barrier anti-tank missile system.

During the firing, the weapons and fire control systems of the BTR-3Е1 worked flawlessly, all training objectives were hit with an "excellent" grade.

As a result of the demonstration, the Thai military leadership expressed satisfaction with the tactical, technical and operational characteristics of the Ukrainian armored personnel carriers.

“Ensuring high performance and reliability of the specified batch of BTR-3Е1 became possible thanks to the professional actions of the Ukroboronprom group of companies, which carried out a number of effective measures to improve the quality of exported products and timely fulfill the additional requirements of the customer,” Ukrspecexport GC reports.
Ctrl Enter

We are in Yandex Zen
Ukraine sends to Thailand BTR-3 in anti-tank version
Demonstration show "Interpoliteh" will be interesting novelties
8 comments
Information
Dear reader, to leave comments on the publication, you must to register.