“In a year, I think, there will be no united Ukraine - it will split into parts” 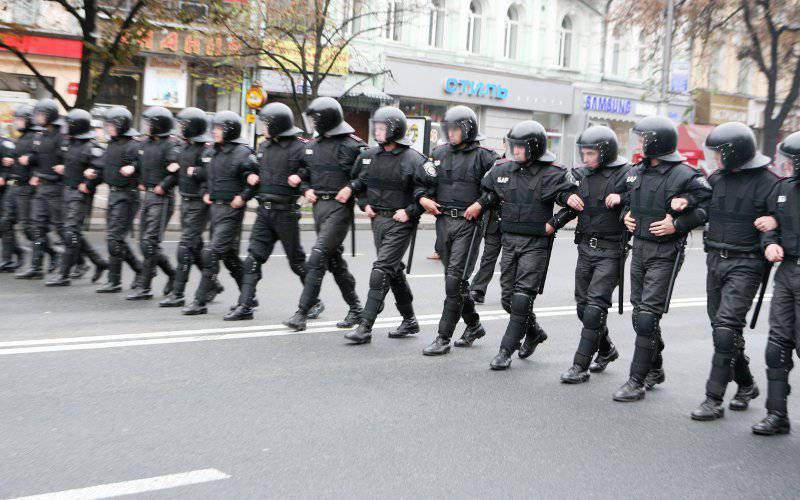 The refusal of federalization will lead to the fact that Ukraine will actually disintegrate, becoming similar to Somalia

Well-known Russian political scientist, professor Oleg Matveychev gave his forecast for the development of events in Ukraine after the presidential "election".

The presidential "election" recorded a huge number of fraud, all saw the famous frames, which depict even bundles of ballots lying in glass ballot boxes. Everyone knows that in some territories of Ukraine people did not vote at all, in other regions the turnout was low, and during the election campaign the candidates were beaten.

It got to the point that the leader of the Communist Party of Ukraine was not allowed to withdraw from the elections at all, he was forced to participate in them. This is reminiscent of a farce, so I consider myself to be those experts who, when referring to the presidential elections in Ukraine, use the term “so-called elections”. In fact, it was just the appointment of Petro Poroshenko to the post of head of the Ukrainian state.

Can Moscow negotiate with him, simply on the basis of political expediency, leaving aside the legality of Poroshenko’s election? Terms of dialogue outlined Vladimir Putin in St. Petersburg.

To begin with, Kiev must pay off debts and return to the Geneva agreements, which imply demilitarization, that is, the withdrawal of troops from the Donetsk and Lugansk regions. But neither this nor the other has yet been done, although I think Poroshenko will still have to do something, because for him the gas issue is critical. In addition, Europe thinks, including, and wallet. She does not need gas conflicts. So some prerequisites for the repayment of debts Kiev still exist.

Central Ukrainian power will be ephemeral

As for the situation in the South-East, Poroshenko has the task to return these areas to Ukraine, because otherwise there is no one to feed Western Ukraine. Donetsk and Lugansk regions are budget donors. If Poroshenko does not achieve their return, then I think he will want to turn these regions into ruins so that they become beggars. How to talk to the parties when one wants black and the other white?

The revolution never solves the problems that the state has; on the contrary, it only aggravates them. Here you are, the irony of fate: Maidan fought against the oligarchy, and received a pure oligarch president! At the same time, Poroshenko is clearly a transitional figure, in Ukraine everything will change. There is no question that he will be able to rule for a long time, by the winter the pendulum of popular moods will swing into another new direction, new leaders will appear. They will change the Constitution again, they will hold elections again. While Ukrainian politicians are thinking how to lose Poroshenko. Yulia Tymoshenko, by the way, can return to the top.

People are impoverished. So it was already in stories, in the period of the first Ruins, and now the era of the second Ukrainian Ruins has arrived. In a year, I think, there will be no united Ukraine. Federalization could save Ukrainian statehood for many years to come, but Poroshenko clearly stated that Ukraine would remain unitary. However, this is what provokes the regional centers and their elites to pressure on Kiev, to bargain with Poroshenko.

Most likely there will be a split of the state into parts with an uncertain status. To rule them will be temporary workers, regional barons, in some ways similar to the Russian 90's period. They will have not only their voter, but even the local army. The central Ukrainian government will be ephemeral, the situation will become similar to the Somali one. So it always happens with the countries in which the revolution happened.

Ctrl Enter
Noticed oshЫbku Highlight text and press. Ctrl + Enter
We are
Interview of V. Putin to Channel One and the Associated Press AgencyWhat you didn't want to know about England
Military Reviewin Yandex News
Military Reviewin Google News
98 comments
Information
Dear reader, to leave comments on the publication, you must sign in.